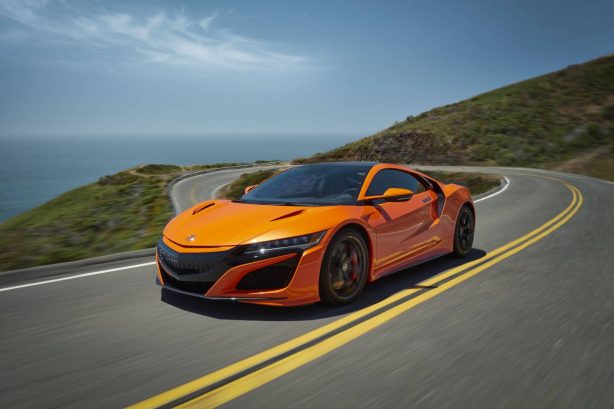 Honda has taken the wraps off its updated 2019 Honda NSX featuring a mild facelift, upgraded chassis and fresh exterior and interior colour palette.

Set to make its official debut at the Monterey Car Week the 2019 model can be order in a new hero colour called Thermal Orange Pearl as seen here with matching orange calipers for the carbon ceramic metallic (CCM) brakes. 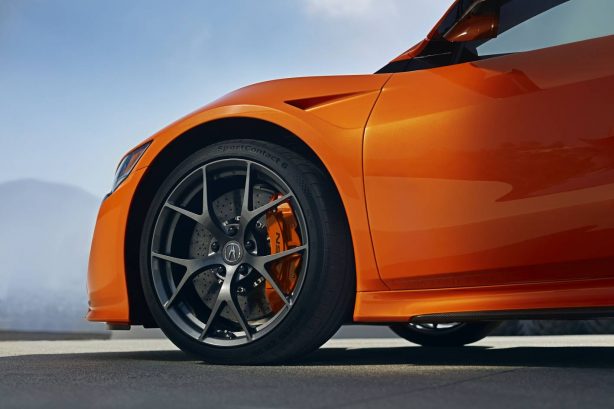 All 2019 NSX models are distinguished by a new body-colour front grille garnish (previously silver) and high-gloss treatments for the front grille surround, front air intake mesh and rear bumper outlet mesh. High-gloss treatment has also been applied to the carbon fibre rear spoiler, as well as the rest of the carbon fibre exterior package – including the front lip spoiler, side skirt garnish and rear diffuser. 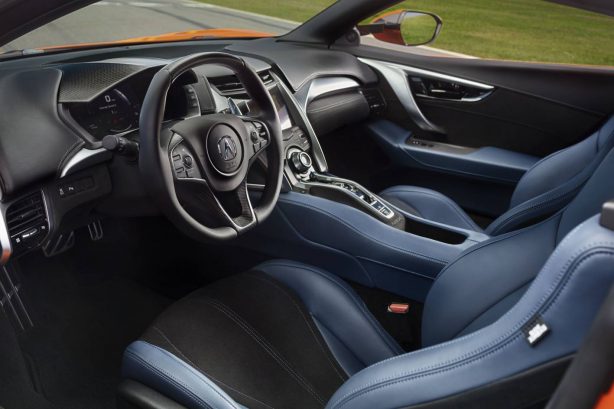 Inside the cabin, the 2019 NSX colour palette is expanded with the addition of an optional Indigo blue semi-aniline leather and Alcantara theme.

For the 2019 model, engineers have modified chassis components, tyres and software tuning to make the NSX even more responsive to the will of the driver.  At the limit, the balance, playfulness and controllability of the NSX is said to be improved, allowing the driver to more precisely modulate understeer and oversteer with subtle throttle inputs. Honda says the changes resulted in a faster lap time in testing around the world famous Suzuka Circuit, improving the previous mark by almost two seconds.

Chassis enhancements include larger front and rear stabiliser bars (increasing stiffness by 26 per cent at the front, 19 per cent at the rear) and 21 percent stiffer rear toe-link bushings, while rear hub rigidity has increased by six per cent. 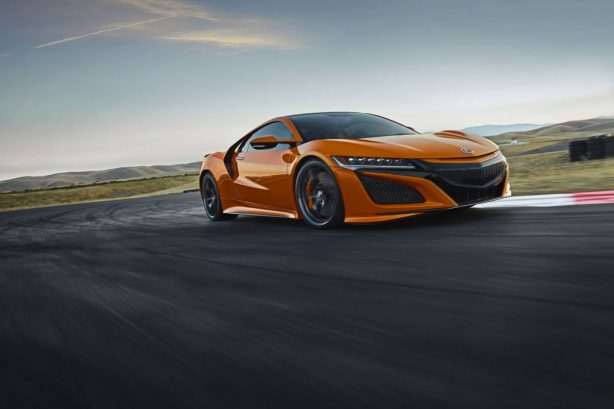 The 2019 NSX rides on new Continental SportContact 6 tyres, developed exclusively for the hybrid supercar. The new tyres (replacing the Continental ContiSportContact 5P fitted previously) feature a revised tread pattern, construction and rubber compound for improved handling performance in all conditions – from daily commuting to track use – including wet weather driving.

The 2019 NSX continues to be powered by the Sport Hybrid SH-AWD power unit consisting of a twin-turbocharged mid-mounted V6 engine paired with a 9-speed dual clutch transmission (9DCT). An electric Direct Drive Motor integrated with the engine and 9DCT supplements the engine with instantaneous electric torque, while its Integrated Dynamics System comes with Quiet, Sport, Sport+ and Track modes. 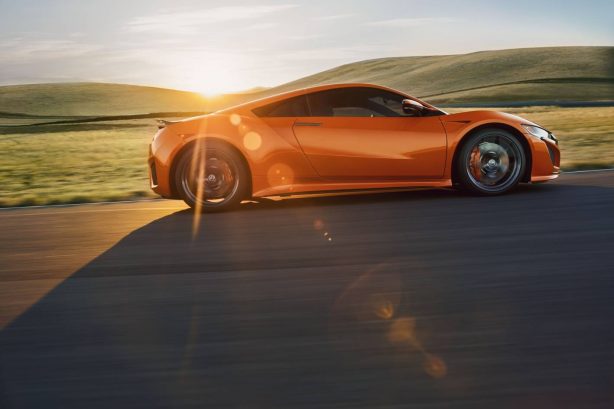 Pricing for the American-made 2019 NSX remains unchanged at $420,000 plus on-road costs. It will be available in a range of eight exterior colours and five interior trims.

A choice of three solid exterior colours are available as standard on NSX – Berlina Black, Curva Red or 130R White, which is named after the legendary lefthander at the Suzuka Circuit in Japan – one of the fastest corners in Formula One. 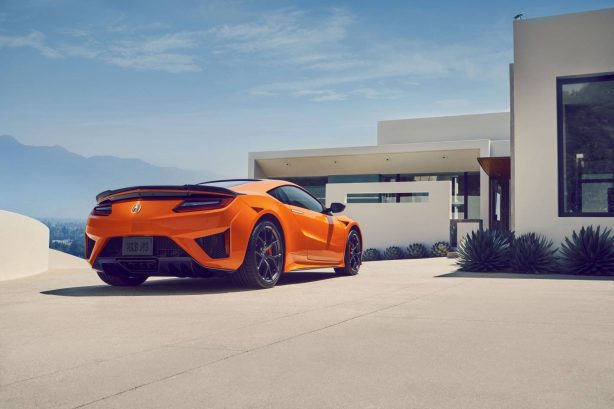 The 2019 NSX will be available for order in Australia from September 1, 2018, with local deliveries set to begin in early 2019, dependent upon confirmation of production slots.