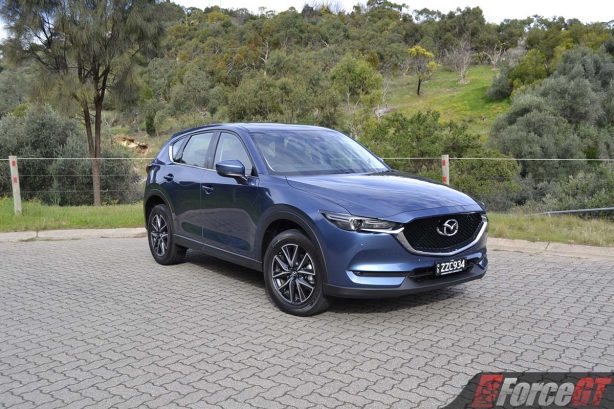 The car business is an ultra competitive one. Prestige manufacturers want a slice of the mainstream market, while mainstream carmakers aspire to play in the prestige arena.

A decade ago, the entry price to a prestige marque was north of fifty big ones but today a Mercedes-Benz A-Class can be had for less than the price of a range-topping Volkswagen Golf.

While it is arguably easier for a prestige brands to move down the ladder, the contrary is true for a mainstream manufacturer. Toyota has been trying for nearly 30 years with the Lexus brand and while it has made some inroads, it is still far from the go to luxury brand. Mazda, too, has tried to crack the luxury sphere with the Eunos brand (remember that one?) in the late 90’s and we all know what happened there.

However, if the brand was still around, I have no doubt Mazda’s new CX-5 would carry to marque to new heights, as it has all the hallmark of a premium product.

Let’s start with the styling. 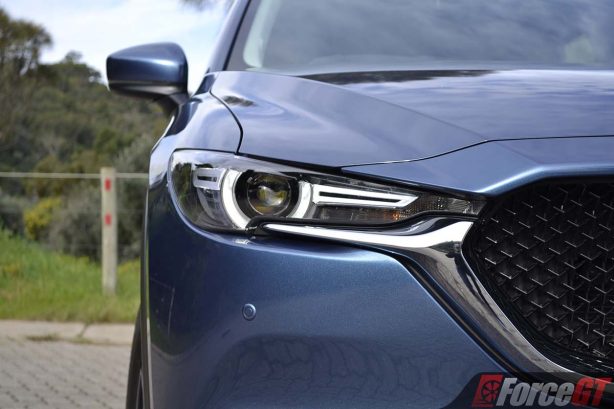 Mazda’s designers deserve a big fat bonus for giving us one of the most expensive looking SUVs this side of a Lexus. From the upmarket adaptive LED head and taillight treatment, to the corporate grille that stretches into the headlights and intricate attention to detail on almost every panel, the CX-5 would not look out of place sitting amongst Audi Q5s or BMW X3s.

It’s a similar story inside. While the faux leather on the dash is a little try hard, the rest are classily executed. The design is clean and contemporary with high quality plastics throughout and aluminium look trim (especially those surrounding the twitter on the A-pillar on our Bose equipped model) that works well to break up the mostly grey interior. I also like the brown stitching on the seats and door trim, which further lifts interior ambience.

The ergonomics are spot on, too, with all controls falling easily to hand and where they are supposed to be. Mazda MZD infotainment system – which I’m happy to report, is now pretty much bug free – is easily one of the best for a mainstream manufacturer if not as good as those from certain prestige make. Its screen size might be on the small side, but the system is intuitive and accepts both inputs on its touchscreen as well as the rotary knob. Mazda’s voice control is also one of the best I’ve come across, working seamlessly across a range of commands. 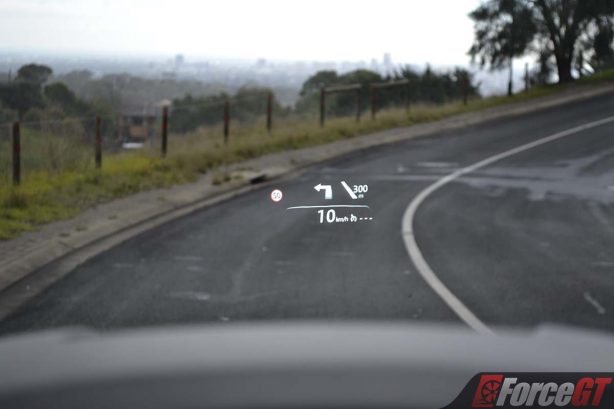 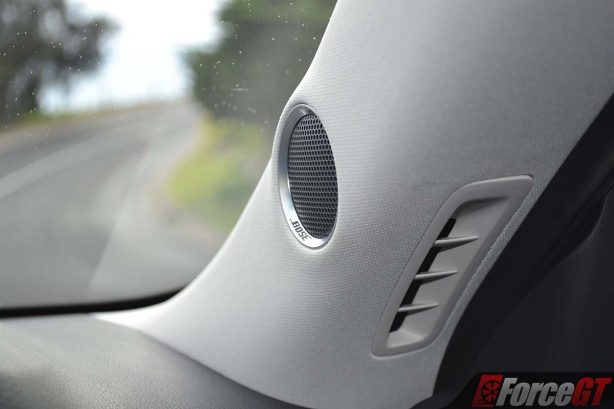 Our one down from the top GT gets a crisp and easy to read Heads-up display with digital speedo, rev and navigation, adding to the upmarket feel.

And while most manufacturers cut cost by using hard plastics on the rear door cards, not Mazda. Rear seat passengers enjoy similar level of premiumness as their front seat counterparts, along with rear seat airvents.

Both front and rear pews are appropriately comfortable for long journeys, with the front seats getting electric adjustments. The driver’s seat adds electric lumbar support and memory function, which is essential for a family wagon. Parents will also welcome the rear doors that open almost at 90 degrees to the car, making loading the little ones a cinch. 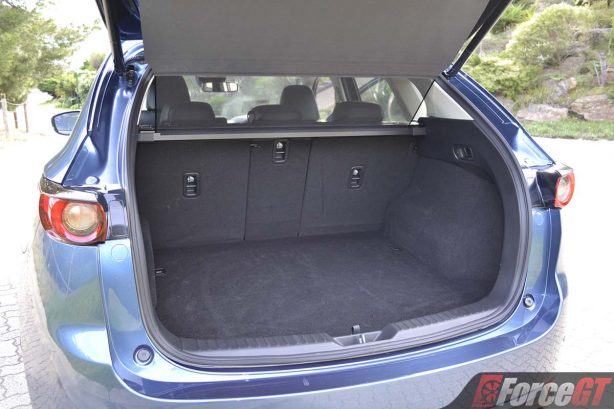 Another premium feature is the electric tailgate which opens to a sizeable boot space. Unlike some of the CX-5’s rivals, Mazda has installed a set of rear seat back rest release lever in the boot, eliminating the hassle of walking around into the car to tumble the back rests.

But one of the biggest areas that Mazda has made a great stride is in NHV (noise, handling and vibration). Gone are the incessant road and engine noise of the old model. In everyday use, the CX-5’s refinement is top notch. Even its engine stop/start fires up delicately and quickly like a Lexus, adding to the luxurious feel.

Its transmission is buttery smooth and responsive, too. Mazda is also one of only a handful of manufacturers that gets the manual mode right – up for downshift, down for upshift. In Sport mode, there’s even engine rev matching when dropping gears for a properly sporty feel. 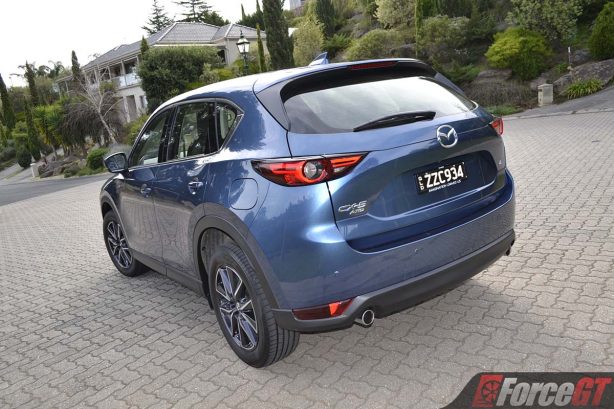 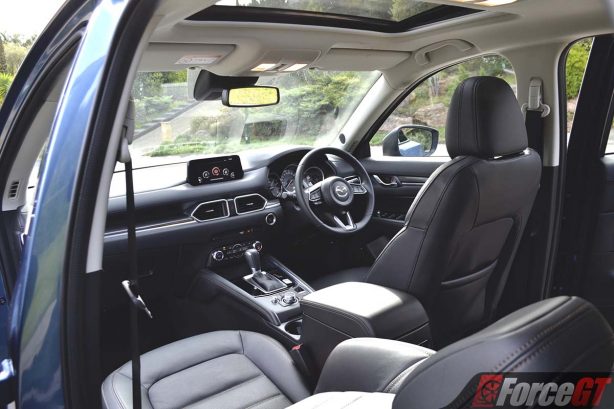 Handling has always been a Mazda strong suite and the CX-5 doesn’t disappoint. Grip is good and the chassis feels well balanced. There is more body movement than I like but I’m driving it harder than most owners probably would. Its steering is light, yet responsive and tells you what the front end is doing most of the time.

At $44,390, the Mazda CX-5 is over $10,000 cheaper than a Lexus NX, not to mention overpriced European marques such as the Volkswagen Tiguan, yet brings a level of luxury, refinement and equipment that challenges both, and others. If it was my money, I know where I’d be putting it.