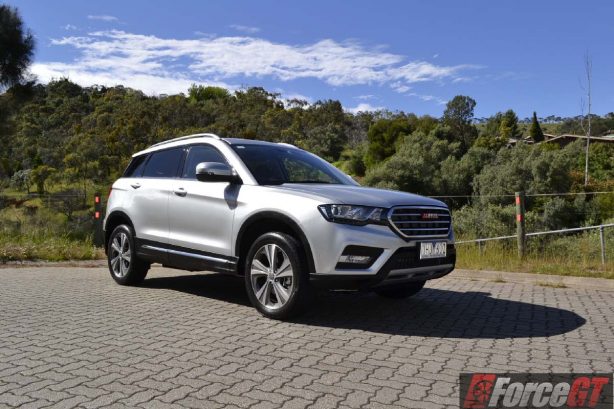 Made in China. It isn’t hard to find at least an item in one’s household that comes from the Middle Kingdom these days and that includes motor vehicles.

The world’s second largest economy now produces more cars than Japan, with one out of every four cars in the world coming from the Asian powerhouse. HAVAL is one of them and is claimed to be one of the biggest brands in China.

Launched in Australia last year, it has now entered the country’s biggest and most competitive medium SUV segment with its new H6. 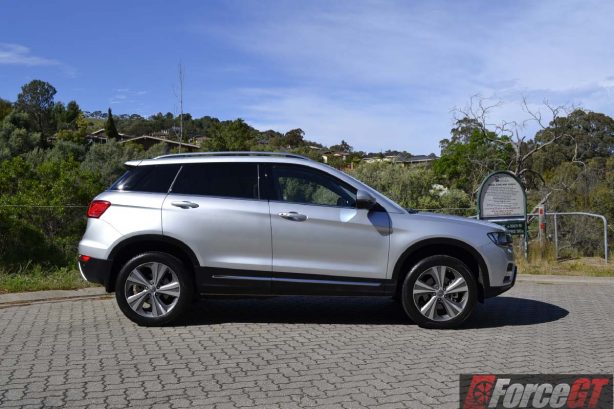 Like most, this is my first acquaintance with a Chinese car and if I were to be honest, I wasn’t quite sure what to expect. Happily, first impression was certainly positive in our range-topping H6 LUX.

Designed by Pierre Leclercq who was responsible for the original BMW X5, the H6 sports a handsome styling with hints of the Range Rover Evoque in its silhouette, thanks to the blacked-out C-pillars and plunging roofline.

It will even write its own name on the ground when you unlock the car at night, which gives it a premium feel. 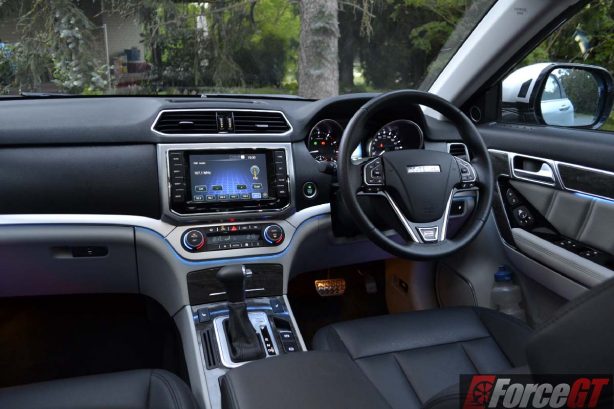 Inside, everything are where they are supposed to be. The top of the dashboard and door cards is made of nice squishy tactile plastic, while the faux leather steering wheel and seats feel nice and soft. These are complemented by the mood lighting system that adds a lovely premium touch to the cabin ambience.

There’s also the obligatory large, 7-inch colour touchscreen infotainment system to take care of your entertainment needs, although satellite navigation is missing from the first batch of cars. This will be standard as of this month and older cars will be retrofitted.

Both models also come with a blind-spot monitoring system, although why it is disabled every time you turn off the car is a mystery.

The H6 arrives into Aussie showrooms in two specification levels, the entry-level Premium and range-topping LUX. Prices start at $31,990 and $34,990, respectively, but are currently available at a drive-away price of $29,990 and $31,990 until the end of the year. 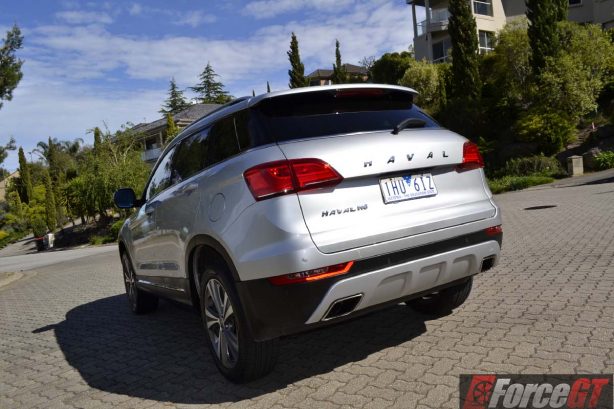 At the back, the H6’s rear seats come with comfort enhancing reclining seat backs that fold relatively flat to expand upon the already sizeable cargo space.

Importantly, the doors shut with a reassuring ‘thunk’ to project a quality feel. But while general fit and finish is good, close inspection reveals interior gaps that are slightly larger than class rivals. Some plastics on the lower parts of the dashboard and tailgate also feel a little on the cheap side. 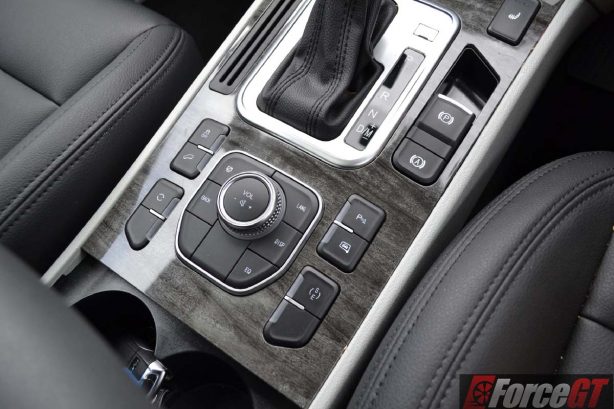 Motivated by a 2.0-litre turbocharged four-cylinder petrol engine delivering 145kW at 5,200rpm and 315Nm at 2,000rpm, the H6 drives its front wheels (the H6 is front-wheel drive only, with the local distributor choosing not to bring in the AWD version which has a manual gearbox only) via a Getrag six-speed dual-clutch transmission.

It is one of the more powerful engines in its segment and is smooth and relatively quiet around town. It can be too eager off the mark, causing the front wheels to spin even in the dry before the traction control jumps in. On the move, the H6 has good rolling acceleration but what surprises us most is how well calibrated the twin-clutch transmission is, where it is crisp and decisive in delivering its six ratios.

Sadly, the good news ends here, as the H6’s driving dynamics leave much to be desired.

The car pushes wide at every opportunity, even at low entry and exit speeds. As if the ho-hum handling isn’t enough, the overly excitable emergency stop signal flashes the hazard lights almost every time you brake into a corner, while an overly intrusive ESC adds to the frustration. We get that these are safety features and the calibration may be suited for Chinese conditions, they need to be reworked for Australia. 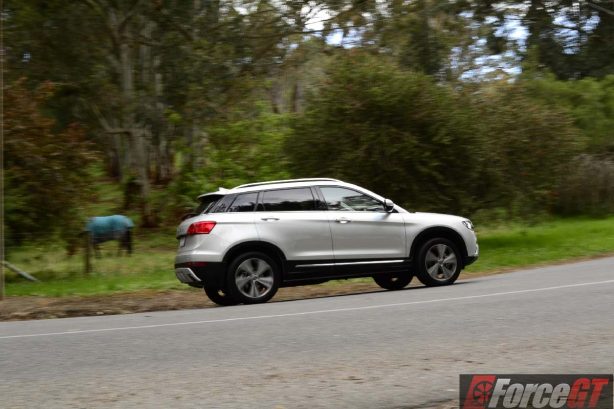 While we are on the subject of annoyance, the car has a habit of dispensing warning chimes on almost EVERYTHING! You get a ‘bong’ for turning on the cruise control, another ‘bong’ for changing its speed, yet another one for resuming. Seriously?

The H6’s body control is also all over the place and doesn’t give the driver a confident feel. It is far more suited to city driving where it soaks up bumps and ruts with ease. Its steering is also well weighted and communicates well for the urban jungle, although its turning circle is rather large for its size.

The H6, which doesn’t come with engine stop/start technology, is quite thirsty compared to its peers, returning a combined fuel average of 12.6L/100km on test – nearly 4L/100km more than the official rating of 8.8L/100km.

There’s a lot of like about the HAVAL H6. It is handsome while cabin appointment and fit and finish are well above our expectations.

It is comfortable around town, with good front and rear leg and headroom.

However, there’s more work to be done in its driving dynamics and fuel economy. If those two are not your priority, the H6 is well worth a look with its generous equipment, premium appointment and above average 5-year warranty.