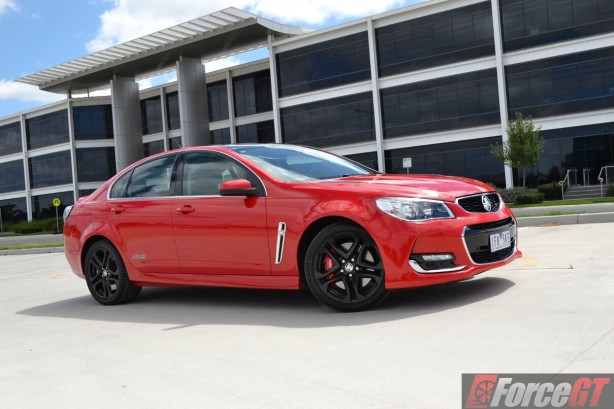 This is it, the last Australian developed and built Holden VF Commodore, signalling the end of an era with the Series II revision, the biggest update since the VF’s launch in 2013. Appropriately, the countdown to the end of local production has shifted the public’s attention toward the lineup’s performance hero, the V8-powered SSV Redline.

And justifiably so, because for the last hurrah, Holden has equipped all V8 Commodore models with a new 6.2-litre LS3 engine previously reserved for more expensive HSV’s and the export-only Chevrolet SS models.

Serving up an impressive 304kW of power and a potent 570Nm of torque, the new SS and SSV are the fastest Commodores Holden has ever produced, rocketing from zero to 100km/h in just 4.9 seconds in manual form. Keep the throttle pinned and the quarter mile or 400 metre sprint dispatches in as little as 13 seconds. Flat out, the flagship will crack an electronically limited top speed of 240km/h (230km/h for the six-speed auto). Unlike its predecessor, automatic models aren’t penalised with less power, either. 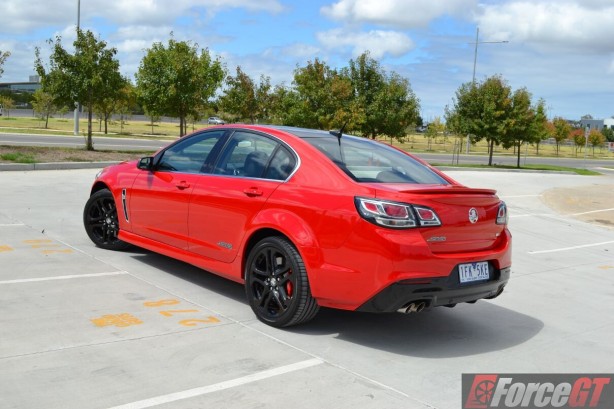 The roaring power is matched with a new bi-modal exhaust system with a unique Holden designed “Baillie Tip” and mechanical sound enhancer. And boy, does the whole package sound sensational. Where the previous-generation somehow sounds subdued and restricted, the VFII explodes with a majestic soundtrack the moment the taps are opened.

The rorty rumble starts thrumming at half throttle openings, becoming louder as you press on, before climaxing near the red line with a deliciously symphonic roar that makes it one of the best sounds this side of a V8 Supercar. As you lift off the pedal, the bi-modal exhaust even spits out pop and cackle that reverberates throughout the cabin. That strong acceleration aside, it’s immensely addictive to plant your foot down just for this aural sensation.

And for those concerned about the missus’ approval, you will be glad to find that it is just as civilised and muted as next door’s Yaris at low revs.

The new bi-modal exhaust changes from a fully muffled system to a more open, free-flowing exhaust. It is activated using a button on the VFII’s 8-inch colour touch-screen, where it detects driver input to create that distinct and unmistakable engine symphony. 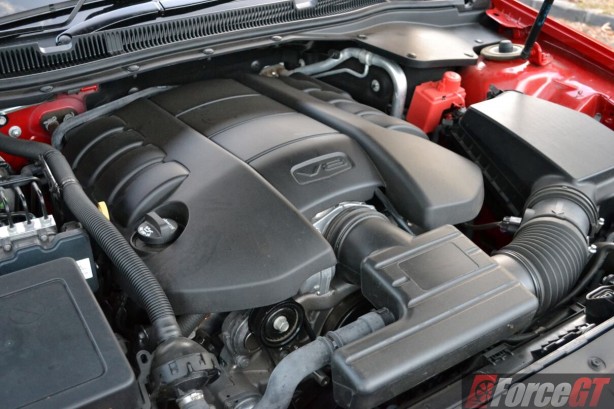 The system is the work of Holden engineer, Dr. David Baillie, whose simple yet effective invention – together with a mechanical sound enhancer – is an integral piece of the VFII’s new sound character.

Dr. Baillie sadly passed away early last year before having the chance to see his work etch silly grins on the face of drivers. So, as a tribute, Holden has fittingly named the new exhaust the ‘Baillie Tip’.

The Redline’s FE3 suspension has gained further tuning, with the sedan’s rear suspension stabiliser bar moved 250mm outboard and its diameter reduced. In conjunction with a reduction in rear spring rate and retuned dampers, Holden claims the revised set up yields better ride quality with no negative effect on handling. Indeed, the ride is a tad more refined on the rough stuff but the difference is subtle.

Brembo brakes are now fitted on all four wheels (previous SSV Redline only gets Brembo for the front) and they are mighty effective in bringing the 1.7 tonne sedan to a stop. In a track environment, the full Brembo kit bites harder while exhibiting less fade than before, but, if you are serious about circuit work, a heavy duty setup is still a must. 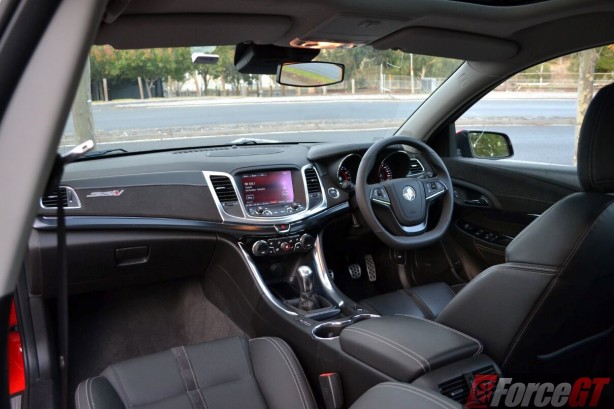 There’s no doubting the improved suspension tuning, uprated brakes and extra punch from the engine all combine to make the new SSV Redline a great performance sedan for under $60k.

Driven enthusiastically, the Redline rewards with confidence inspiring dynamics and excellent body control from one of the best rear-wheel-drive chassis in the segment. Despite its heft, the Redline is completely manageable with sharp turn in and swift direction changes. The carried-over electric assist power steering is also one of the most communicative and precise steering wheels we have come across.

While there is abundance of grip coming from those Bridgestone Potenza tyres, measuring 245 for the front and 275 for the rear, a push of the traction control off button and loads of throttle input will still turn the rear rubbers into billowing cloud of smoke, should you desire.

Away from the twisty back roads and race tracks, the SSV Redline is as comfortable as any other Commodore. Unlike most cars with a sporty bloodline, the ‘supposedly’ track-oriented Redline is able to maintain a ride quality plush enough for everyday use. In fact, it has almost similar levels of ride comfort as the standard SS, only a little firmer. 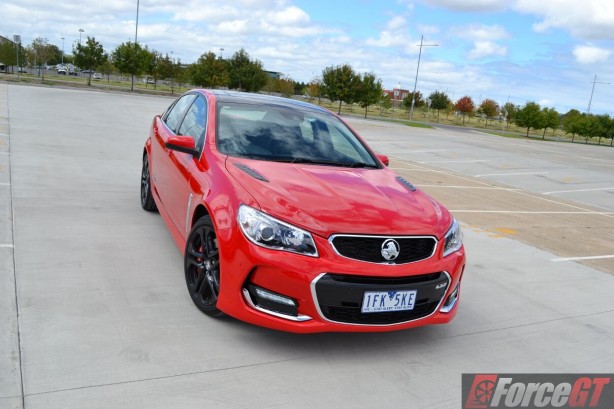 Intriguingly, the new engine is thirstier than the previous generation’s 6.0-litre unit. How thirsty? Our SSV Redline sedan returned an eye-watering combined average of 14.8L/100km over roughly 400km of city and freeway driving. That’s over a litre more than the pre-facelift Redline we drove back in 2013.

Changes are a lot more subtle at the rear, where new clear lens for the taillights are introduced. The boot lid spoiler remained as standard item with a larger rear spoiler available as option. The Redline rides lower than a standard SS or SSV, with rolling stock composed of forged 19-inch wheels.

Inside, nothing has changed but like a standard Commodore, the Redline triumphs on cabin space and the range is equipped with standard features like Head-up Display, leather appointed seats, Passive Entry and Push Button Start, sunroof and 220 watt Bose premium audio.

For just $53,990 plus on-roads for the six-speed manual, the Holden VFII Commodore SSV Redline remains one of the best value sports sedans on the market today. For 2016, the equation has strengthened further. More power, better sound and improved chassis, this already great package is now even more compelling.

Sadly, this last breed of pure Aussie muscle is entering its final chapter of life before it goes under the axe in 2017. Thanks for all the fun. You will be sorely missed!