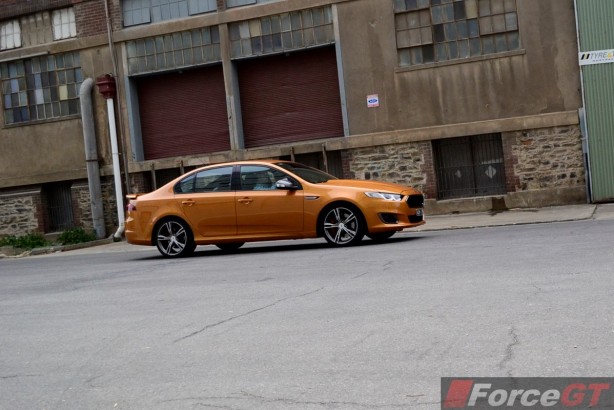 This is it. The last ever Ford Falcon. The one that Ford Australia hopes will send the Aussie flagship out with a big bang, taking with it the longest continuously surviving car nameplate in Australia.

The big Ford sedan used to be the best-selling locally made car in Australia, with over 3,500,000 sold over seven generations. But in the past decade, the car buying public’s change of tastes have seen sales of the Falcon plunging faster than the share market during the GFC.

Its survival to the latest generation FG X is almost a triumph worth celebrating on its own! 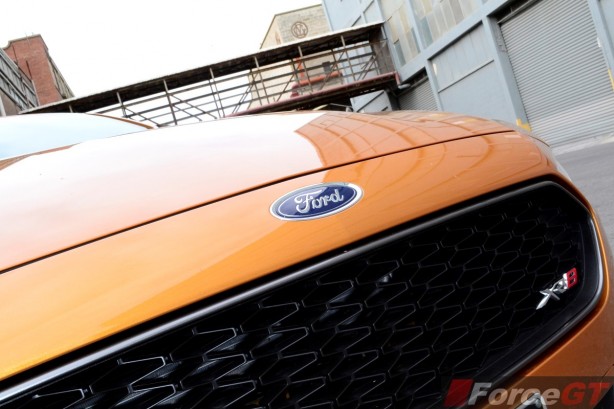 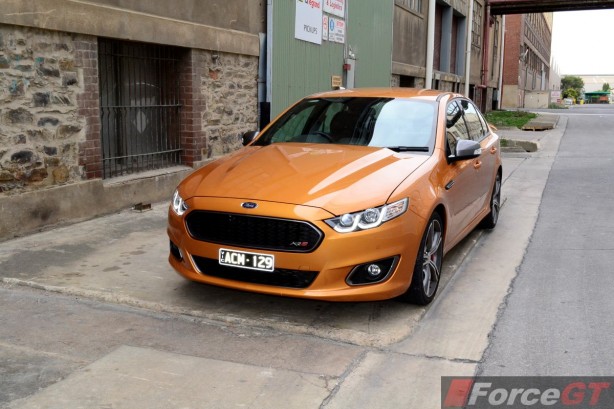 What’s more, Ford Australia has brought back the V8-muscled XR8 to head up the extensively facelifted 2015 Falcon range, on their final leg into the history books of the Australian automotive landscape.

Its highly-strung chassis is matched up with the XR8’s greatest asset; its magnificent, locally developed 5.0-litre Harrop supercharged V8. Delivering an impressive 335kW at 5,750rpm and 570Nm at 2,200-5,500rpm, it sounds glorious even at idle. On the move, its soul-stirring soundtrack is enough to turn heads, even if its Mustang-grafted face fails to (which it won’t!). 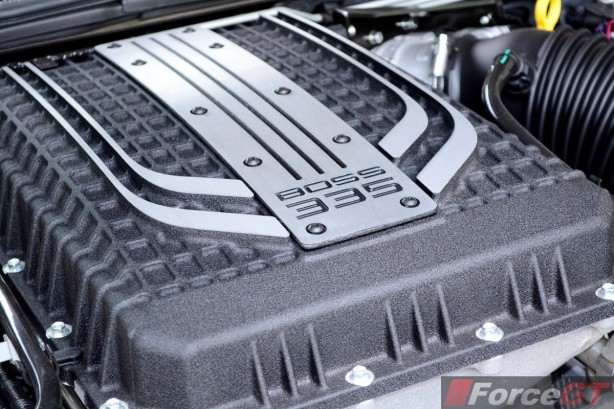 On full throttle, its menacing howl is enough to fill quiet streets with enough reverberation to rattle windows and send little children cowering under their beds.

More importantly, its prodigious output eclipses that of the Holden Commodore SS’s 6.0-litre V8, which churns out 260kW/517Nm in auto guise and 270kW/530Nm in manual. In fact, the FG X XR8 is even more powerful than HSV’s more expensive Clubsport with 325kW/550Nm.

Our Victory Gold-finished test car is fitted with a DIY short-throw six-speed (a ZF auto is available as an option). Its stubby gear lever is notchy while the clutch is relatively heavy, with an abrupt take up point. Launching the car cleanly off the line takes practice and patience but once mastered, its acceleration is brutal. 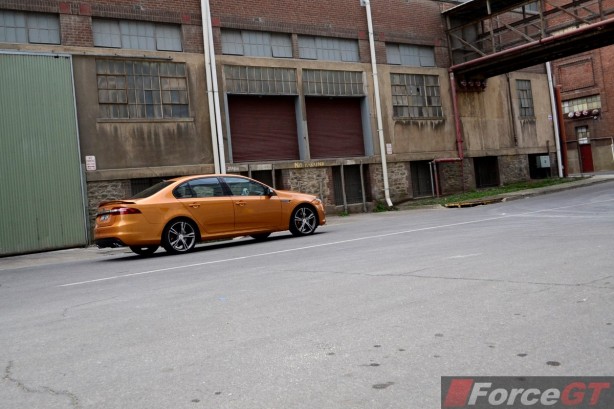 Find a piece of deserted piece of tarmac and the XR8 will reward your skills with a 0-100km/h dash in around 5 seconds, a few tenth’s quicker than our tested time for the SS-V manual.

The FG X XR8 is unquestionably the best Falcon to come out of Broadmeadows. Its stiffer and lower suspension means the car feels more planted around the bends compared to previous iterations, with its taut chassis hardly flinching even with a mid-corner bump thrown at it. Its old school hydraulic steering provides refreshingly useful feedback compared to the electric steerings of most of its competitors, although a quicker steering wouldn’t go astray.

Once on the move, the BOSS 335 engine serves up good dollops of torque almost throughout the rev range. There is hardly a need to drop down to 2nd gear in most corners, which is a good thing as the manual gearbox feels truck like and uncouth. 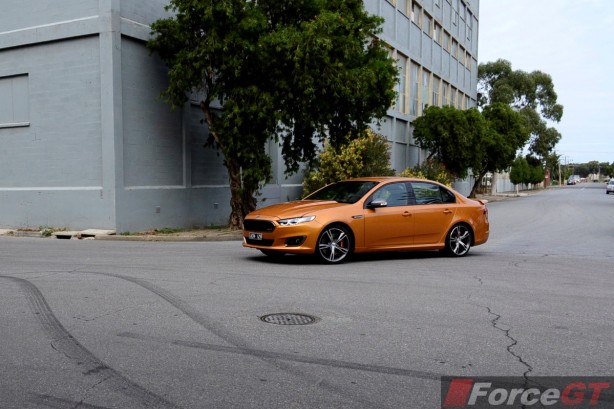 The XR8’s front end struggles to keep the nose in line at times, especially on tigher corners, with the 245 front tyres loosing traction and pushing wide. Rear end grip is excellent though; with none of that fancy corner exit oversteer.

That said, it doesn’t take much to provoke the XR8’s chubby rear tyres to snap out if the well-judged stability control system is turned off.

The Falcon’s massive Brembo stoppers also live up to its name, providing reassuring braking performance throughout our demanding test route, although the pedal can feel quite bitey and firm initially. 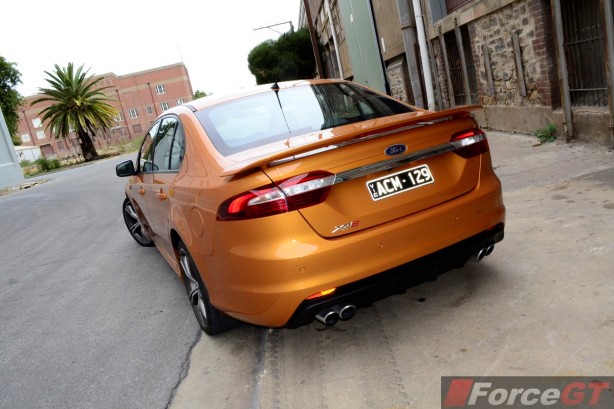 Despite the snazzy new sheet metal, the XR8 can’t disguise its age. On approach, the doors don’t open and shut with the kind of quality feel that the current crop of cars do, including its archrival, the Holden VF Commodore.

Step into the cabin and you feel like being teleported back in time when the rear-projection TV was still cool. 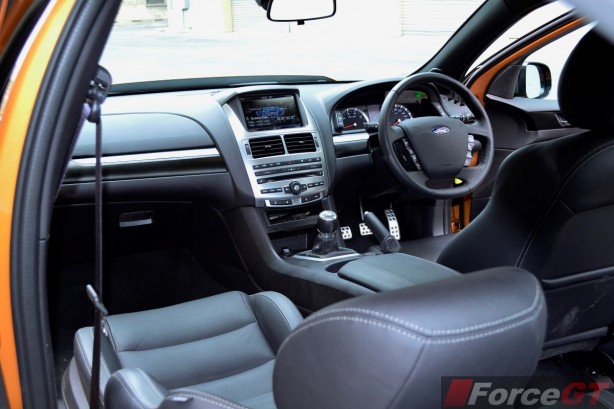 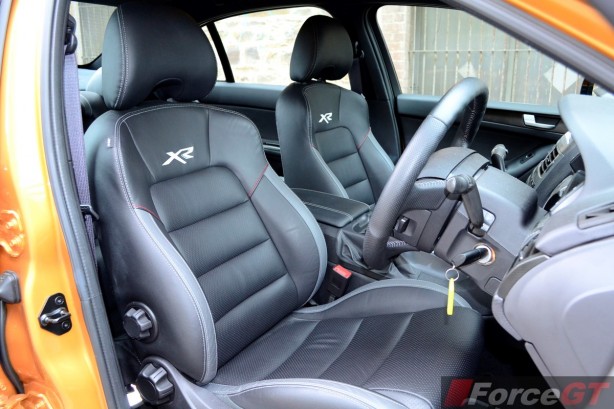 Its dashboard feels dated, both in execution and, well, feel. The four-spoke steering wheel is massive and the buttons have no backlight. The dash plastic is rubbish and the fit and finish is poor.

Around town, the XR8’s firm suspension means ride quality suffers and road noise from the admittedly handsome19-inch wheels higher than normal. The Falcon’s aging platform and body also produce more squeaks and creaks than acceptable. The Commodore, in comparison, is significantly quieter and more refined.

The highlight of the cabin is no doubt Ford’s brilliant SYNC2 infotainment system with 8-inch colour touchscreen. It allows intuitive voice control, including changing the climate control’s temperature, making hands free phone calls, changing radio stations and navigating to the nearest petrol station – which most XR8 owners will know the attendants on a first name basis. 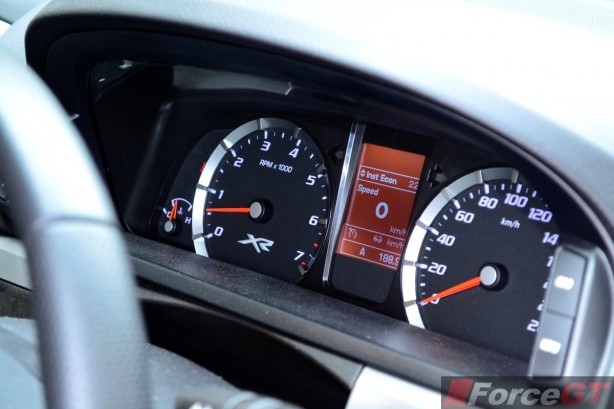 That’s because you are unlikely to get less than 16.3L/100km out of the car’s 81-litre fuel tank, if you exploit its performance as we did during our time with the car.

During an emergency, such as after a severe crash, SYNC2 can also automatically dial Emergency Assistance if a compatible Bluetooth phone has been paired, and provide emergency services with the car’s GPS coordinates.

It is also the first Aussie car to come with WiFi hotspot and digital radio. 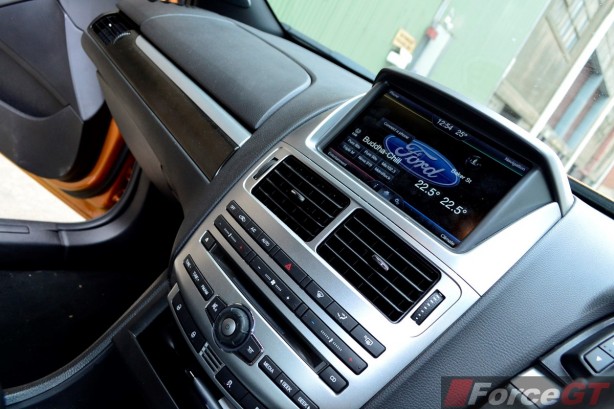 There are other sporty garnishes like alloy pedals and scuff plates, new perforated leather trim with grey inserts and a contrasting Shadow headlining.

However, it lacks advanced safety features such as blind-spot alert, forward collision warning and lane departure warning that are becoming common on cars at this price point.

If you are a muscle car fan, the 2015 Falcon XR8 certainly ticks a few boxes. Its muscular supercharged V8 not only makes it the most powerful Falcon ever, but also sounds magnificent.

Its handling will put some cars costing many times more to shame. However, all these are at the expense of refinement, built quality and fit and finish.

We also find it isn’t as sharp as Holden’s more compelling SS-V Redline, nor as well equipped.

Nevertheless, the FG X XR8 is a fitting send off for the once loved Falcon range.