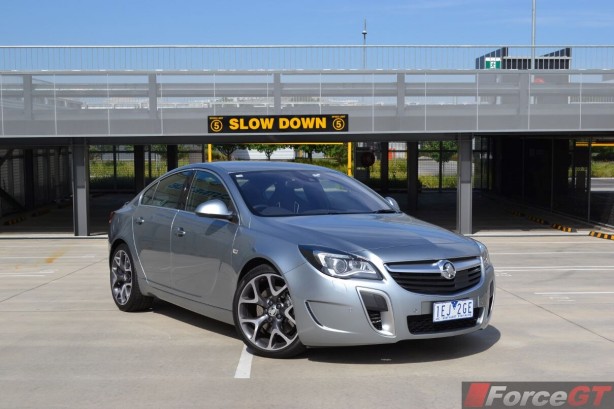 2.8-litre turbocharged V6, all-wheel-drive and German built for only $51,990 plus on roads. Yep, the Holden Insignia VXR is shaking up the mid-size performance sedan segment, and on paper, it seems to have nailed the price and performance equation.

Last seen in Australia in 2013 wearing Opel and ‘OPC’ badges, the Insignia VXR returns Down Under with upgraded features and added safety equipment for lifted appeal. 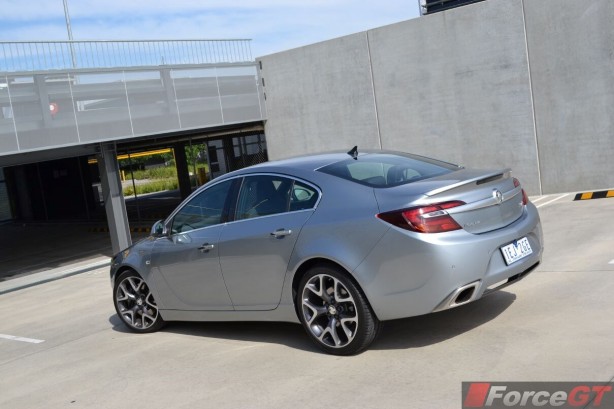 So, is the Insignia VXR good?

For a start, the VXR looks sharp. With clean lines, a low-slung coupe-like roof line and striking 20-inch alloy wheels, the VXR carries a huge dose of style and presence. Its proportions are spot on, too.

The interior is classy if not a little chunky. In a bid to push upmarket, there’s no shortage of polished aluminium trim around the cabin and most surfaces are soft to the touch. The premium ambience is only let down by the textured black plastic trim in the centre console, dashboard and doors. Can we have Piano Black instead please, Holden?

The cabin can accommodate five but three adults in the rear bench will be too squeezy. The front Recaro full leather sport seats look deliciously good. They are properly bolstered for good support but we find them a little firm. 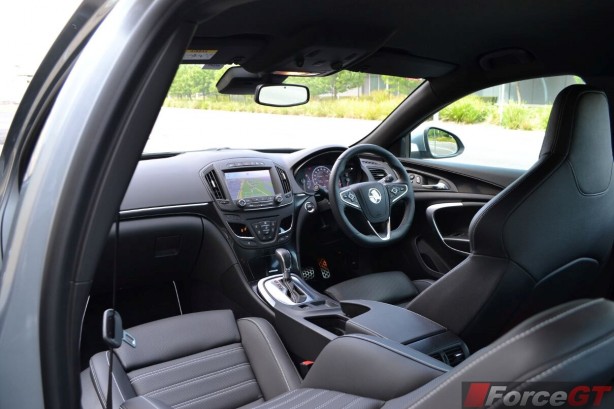 The suitably Teutonic, all black interior is glittered with red and while lighting for the controls, matched by the crisp LCD speedometer in the instrument panel, introduced as part of the Insignia’s mid-life update.

Also gone are the bewildering array of buttons in the centre console of the pre-facelift model, and in their place a much cleaner and intuitive interface with a large touchscreen LCD taking care of satellite navigation and audio functions.

One complain we have for the new dashboard is the rather tricky-to-use touch-sensitive temperature controls for the climate system, which, in fact,  are not sensitive at all. While the gloss surfaces of the controls look good, we would rather have conventional buttons or knobs.

The Insignia’s driving position is commanding, but the thick A pillars and the position of the door mirrors can obstruct cornering visibility.

Other than all that, from behind the thick-rimmed leather sport steering wheel, the Insignia VXR’s cockpit feels appropriately enthusiastic. 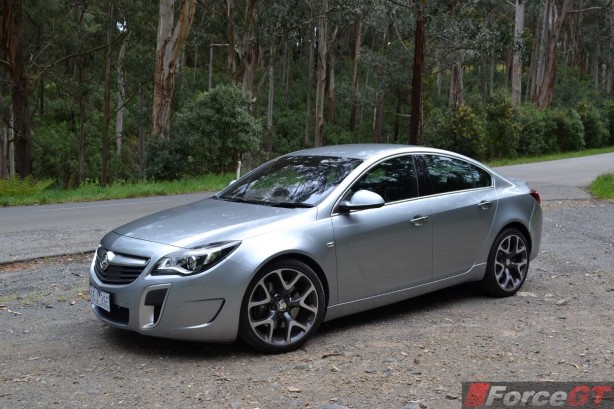 And it does have the figures to back its sporty looks. The turbo V6 supplied by Holden’s Port Melbourne engine plant produces a potent 239kW of power and 435Nm of torque. It’s not the most refined blown V6 we have sampled, but it does get up and go. Power delivery is linear, building steadily low in the rev range until it pushes you back in the seat from around 4,000rpm onwards right through to 5,500rpm. The sensation heightens by the meaty engine noise and characterful exhaust note.

The engine drives through a six-speed automatic transmission and Haldex all-wheel-drive system with electronic rear differential. While the ratios are well matched with the engine’s power delivery, gear changes are a bit rough when accelerating and we think there’s no need for the driver to feel every down shifts when decelerating.

At cruising speed however, the drive is comfortably relax with power instantly accessible through a squeeze on the throttle or by dropping a few ratios using the steering wheel-mounted paddles.

The Insignia VXR sprints from 0 to 100km/h in 6.0 seconds flat, quick for a midsize sedan but can definitely be quicker if it doesn’t weight as much as 1,796kg.

With the FlexRide adaptive chassis system, drivers can choose from three driving modes – Standard, Sport and VXR – to adjust the suspension damping, steering and throttle response, as well as gear shifts.

No matter what mode is selected, the Insignia VXR strikes a fine balance between handling and ride comfort. Even in VXR mode – the sportiest setting – the car’s ride, though noticeably firmer, is never harsh. 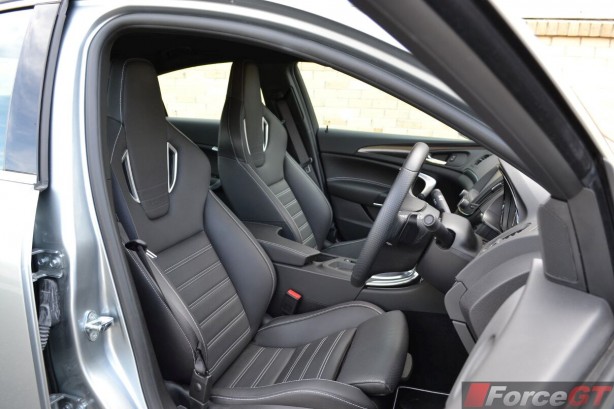 Throw some corners at the VXR and its AWD grip and neutral handling is immediately evident. Despite its girth, the Insignia retains high level of body control, with the front-end unwilling to give up even in the tightest of corners.

Like most AWD cars, understeer is perceptible closer to the Insignia’s limits, but there’s no torque steer thanks to the new HiPerStrut front suspension arrangement.

The Insignia’s steering is quick in its response and we like the speed-sensitive variation in weight, but it’s still too sterile to provide any useful feedback.

Over our week-long evaluation covering both freeway and urban driving with the occasional hill runs thrown in, the trip computer returned an average fuel consumption of 13.1L/100km. A figure higher than class standard but still not bad for a car of its type. 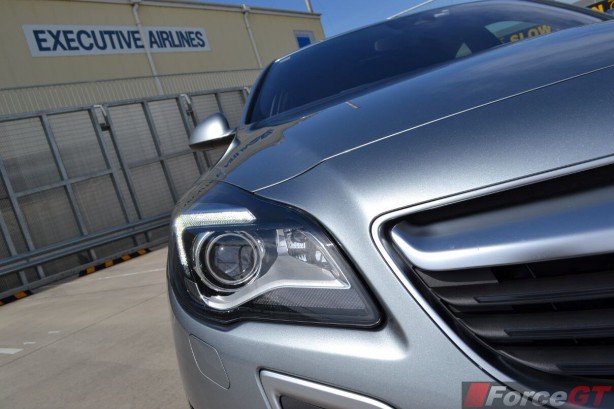 The Insignia VXR is generously equipped for its price. Much more than just a change of badge, the 2015 update brings a host of new active safety features to the sports sedan, including autonomous emergency braking and forward collision alert, lane change assist, lane departure warning and adaptive cruise control.

Being all-wheel-drive, the Insignia’s boot floor is a tad shallow but still boasts 500 litres of capacity. There’s no spare wheel, instead the car comes with an inflator repair kit which resides under the boot floor. The setup was specified because, according to Holden, a full size 20×8.5-inch wheel would be too wide to fit underneath the boot and a space saver wouldn’t clear the Brembo brakes.

It may feel a little hefty and its drivetrain could do with a bit more polishing, but its point-to-point performance and all-wheel-drive grip make it a proper sports sedan.

How does the VXR compared with the similarly priced and excellent V8 Commodore SSV Redline? Let’s just say the Insignia VXR offers a largely different driving characteristic but just as good as the one hailing from Elizabeth, South Australia.