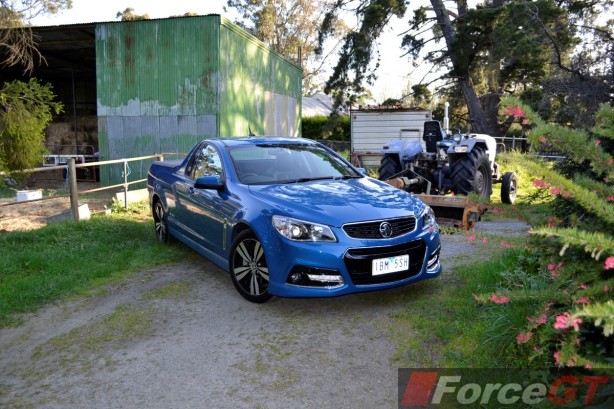 This is it! The last of its kind. The Doctor Who of Holden’s once ubiquitous Commodore-based Ute. It is highly unlikely that a car-based ute will ever grace our roads again after the demise of the locally made Holden.

While the Commodore may reinvent itself in the form of a rebadged Opel, the chances of Holden engineering a ute out of the donor car is as high as Kevin Rudd being re-elected prime minister again.

Like SUVs, sales of four-wheel drive-based Utes have been on the increase in the past ten years while the Commodore Ute heads in the other direction.

So, to inject a bit of excitement into the range, Holden decided to briefly replace its SV6 and SS models with the special edition SV6 Storm and SS Storm. This is also the first time the ‘Storm’ badge has been plastered on the VF Commodore range.

Editor’s Note: The ‘Storm’ range may already be sold out. 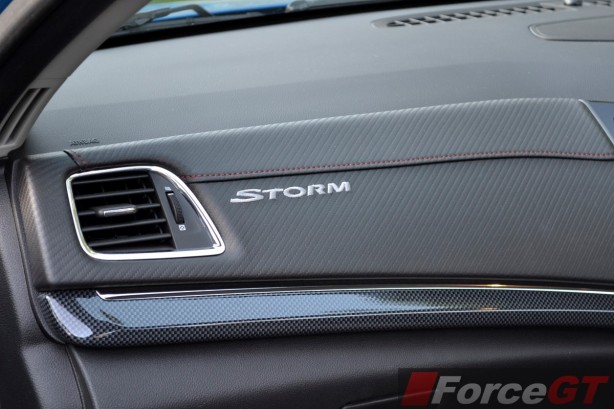 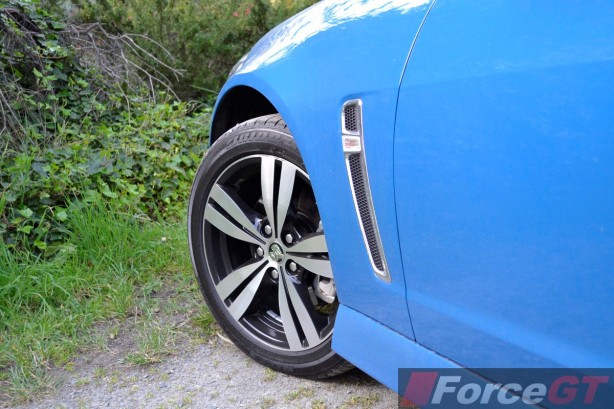 Available across the sedan, sportswagon and ute range, the new models are headlined by mild styling and equipment tweaks in the already comprehensively-equipped range. The Commodore Storm models cost around $500 more than the standard models, but packs a few more desirable goodies, such as front fog lights, two-tone black 18-inch alloy wheels (instead of grey) and the pre-requisite ‘Storm’ badging.

Inside, there are red stitching on the dashboard, seats and doors, along with the word ‘Storm’ stitched on the passenger side dashboard fascia. The sport bucket seats are covered in ‘Sportec’ and ‘Kenetic Suede’, while satellite navigation also forms part of Holden’s brilliant MyLink 8-inch touchscreen system on the special edition models.

Its stirring V8 rumble is what makes the SS Storm Ute such an addictive car to go tunnel hunting in. All you need is a slight dab on the right pedal and that V8 noise will instantly put a silly grin even on Mr. Spock’s usually stoic face.

Its power delivery is smooth and linear, and as expected, nothing much troubles the muscular engine. In everyday driving, you could leave it in third gear and it will still pull away with respectable speed. Around town, the red tacho needle barely needs to sweep past 3,000rpm, while on the freeway, it is barely above idle in sixth gear. Impressive!

Floor it and the Ute will shred its tyres quicker than a stock market crash. In fact, 5.7 seconds is all it takes on test. 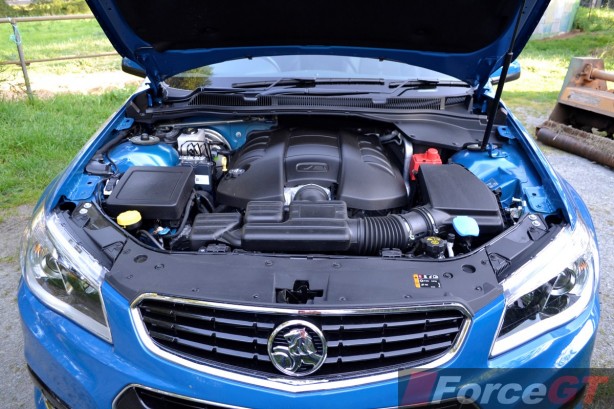 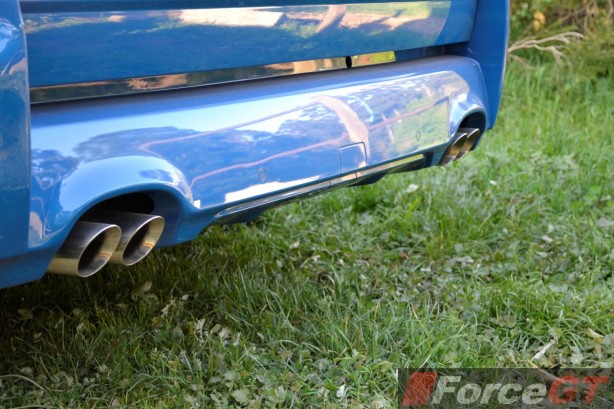 However, despite our best efforts to be sensitive to Mother Nature’s needs, the SS Storm achieved, a not unexpected but still frightening, test average of 16.7L/100km – 5,2 litres adrift of its maker’s claim. To be fair though, we spent 85 per cent of our time together in the bright lights of the city. On the freeway, we managed to thump it down to 10.6L/100km.

Nevertheless, the good news is the Commodore will happily slurp on the less expensive 91RON or the even cheaper E85 ethanol-based fuel.

While we initially found the six-speed manual to be heavy and clunky, not helped by an equally hefty and a little bitey clutch, we soon gravitate to its meaty demeanour as it matches the general solid feel of the car.

Unlike its heavy-duty 4WD-based rivals, the SS Storm Ute’s sports suspension is based on the SS Commodore’s MacPherson front and multi-link rear suspension. In FE2 tune, it is comfortable around town, smothering road imperfections better than any other ute on the market. Yet, its athleticism and composure when thrown into corners is extraordinary.

Sure, its longer wheelbase and lack of weight over its rear wheels means it can be easily provoked to hang its tail out, but that’s just part of its appeal. The chassis’ inherent balance couple with a properly communicative and responsive steering makes the SS Storm Ute a proper driver’s car.

It turns in sharply and the electronic stability nanny is one of the best-calibrated systems we’ve ever encountered. It is never intrusive and will subtly extend a helping hand when you go crazy with the throttle and steering. 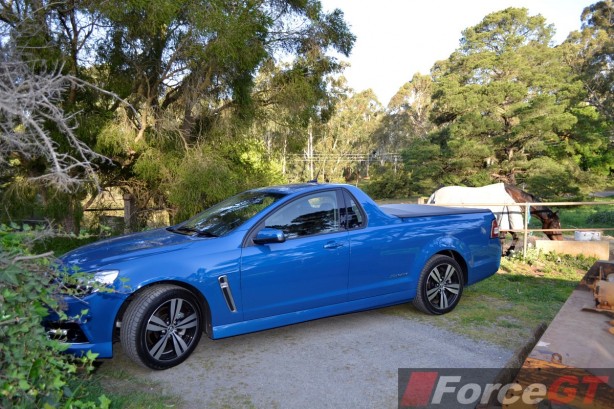 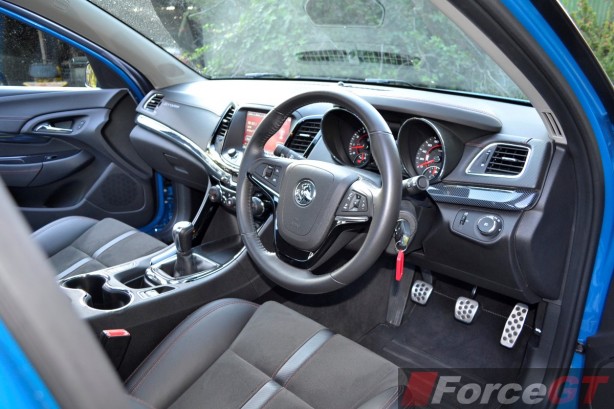 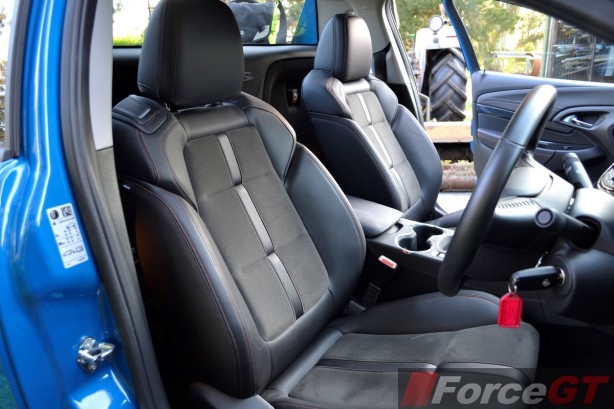 While the SS Storm Ute’s two-piston caliper front and single-piston caliper rear set-up may seem modest at first compared with the larger Brembos fitted to the SS V Redline, they are abundantly capable and is wonderfully progressive in their feel.

On the practical side, the Ute comes with a massive tray, measuring 1,900mm in length and 1,200 in width, with a depth of 500mm to the tray top (550mm to soft tonneau cover supports). There is also a good amount of room behind the seats and door pockets.

What’s not to like? The Ute’s awful rear vision and small wing mirrors. Despite coming standard with a rear view camera, the impeding B and C-pillars make reversing a challenge. Best leave the hard work to the standard automatic park assist, then.

Other little niggles include Bluetooth streaming (Bluetooth connection itself is easy and straight forward) that doesn’t start automatically when you return to the car.

Get one while you can before they turn into museum pieces.