Toyota 86 owners celebrate at Festival of 86 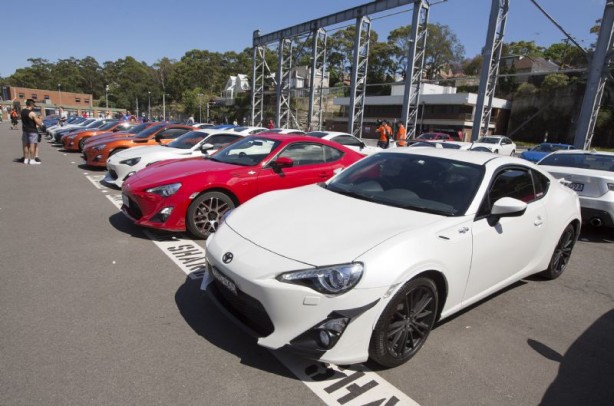 More than 800 fans of the Toyota 86 shared their passion for the cult sports car at the Festival of 86 held in Sydney at the weekend.

Enthusiasts flocked to the two-day club event from around Australia – by plane from as far away as Townsville while many drove their 86 from Queensland, Victoria and the ACT.

The car’s global chief engineer, Tetsuya Tada, said he believed the Festival of 86 – held to celebrate the second anniversary of the car’s Australian launch – had attracted the biggest gathering for the 86 nameplate outside Japan.

“I am very excited to join Australian fans of the 86,” he said. “You have made this car a great success with more than 12,000 sold in this country, which is the third highest in the world after Japan and the United States. It’s amazing.”

Tada-san was mobbed by the car’s passionate fans, spending most of the two days signing autographs on everything from components, including the car’s dash panel and engine cover, to model cars, T-shirts, owner manuals and posters. 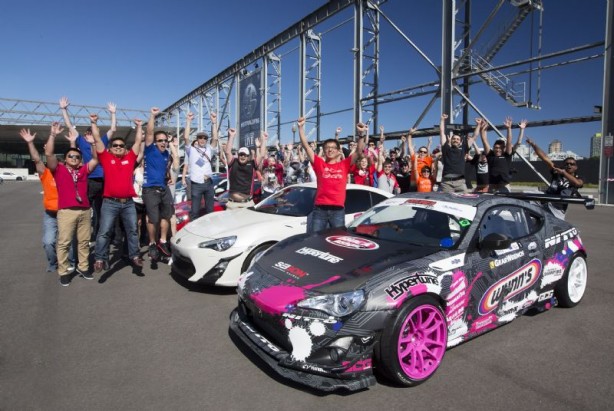 Leading the tally of those who registered to attend were close to 400 owners of the Toyota 86, a further 50 owners of the AE86 – the spiritual predecessor of the modern car – and a similar number of Subaru BRZ owners.

Many of the owners at the event have embraced the spirit of the 86 by personalising their cars – including several who have spent tens of thousands of dollars on special body wraps, wheels, suspension and other components.

Toyota Australia supported the event and added to the excitement by revealing it is planning a one-make motorsport series for the popular car, which has been Australia’s best-selling sports car in 2013 and so far this year.

The company’s executive director sales and marketing, Tony Cramb, said Toyota expected to make a formal announcement of the 86 motorsport competition in the first half of next year and start the series in 2016.

“The concept is a pro-am with amateur drivers from across Australia competing against selected professional drivers,” Mr Cramb said.

The Toyota 86 is powered by a 2.0-litre four-cylinder boxer engine developing 147kW and 205Nm. Drive is sent to the rear wheels through either a six-speed manual gearbox or six-speed automatic. Its twin cousin – the Subaru BRZ – enjoyed similar success as the Toyota 86 in Australia, with all 201 allocation sold out within three hours of first going onsale.