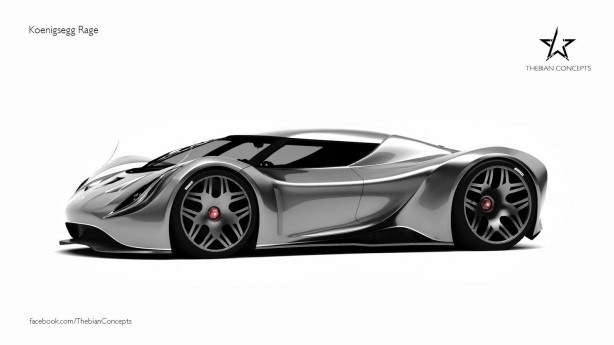 A new Koenigsegg model was confirmed by the Swedish supercar maker in April this year. Slated to slot under the barnstorming Koenigsegg Agera, the new car is a more affordable entry-level model to take on the likes of Aston Martin Vantage, Ferrari 458 Italia and Lamborghini Huracan.

While there hasn’t been a prototype or official teaser released so far, graphic artist Maher Thebian is one step ahead with his vision of the future Koenigsegg supercar. 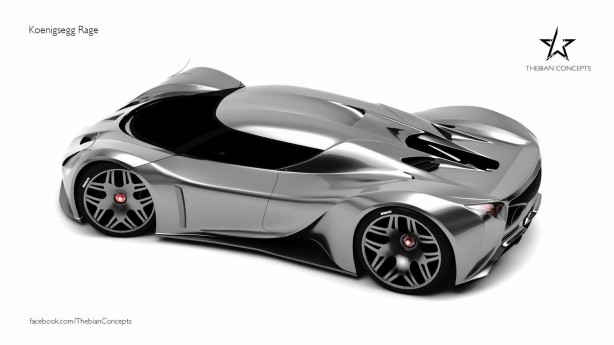 Thebian calls his creation the Koenigsegg Rage, a heavily sculpted concept inheriting all the design clues and lines of a Koenigsegg. At the front, the concept’s low nose and swept back design resemble an evolution of the Agera. The lines flow uninterrupted to the rear of the car forming a wide and purposeful haunch, unmistakably identifiable as a Koenigsegg.

Technical details of the new Koenigsegg model is still a closely guarded secret, but expect a mid-engine layout with a potent forced-inducted 5.0-litre V8 powerplant.