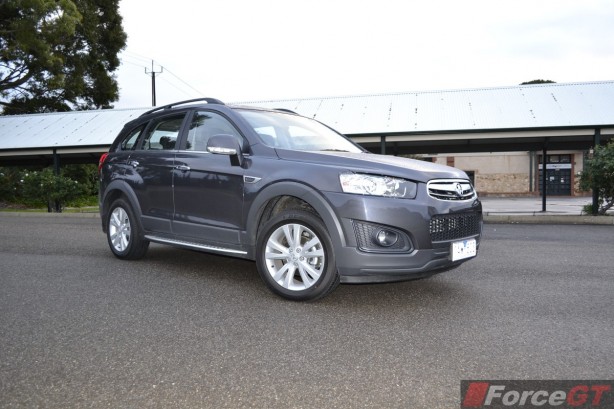 Holden launched the mildly refreshed MY14 Captiva range earlier this year – the second nip-tuck since the car’s local debut in 2007.

The update not only sees the Captiva 7 trim levels being renamed, with SX, CX and LX becoming LS, LT and LTZ respectively, the lion brand also took the opportunity to realign the car’s positioning, with a $2,500 reduction in price across all variants in its quest to strengthen the Captiva 7’s position as one of the best-value SUV offerings in the market.

Mileage crunchers will find similarly sharp pricing for the 2.2-litre turbo-diesel powered variants, with the front-wheel drive LS coming in at $32,990, while the all-wheel drive LT (tested here) and LTZ is priced at $36,990 and $40,990 respectively.

This makes the entry-level model almost $11,000 cheaper than the entry-price asked by the, admittedly, more luxurious and better built Toyota Kluger; and $8,000 less expensive than fellow Korean, the Hyundai Santa Fe. 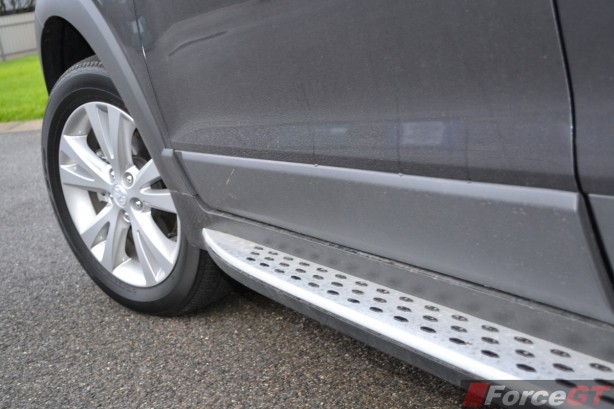 The Captiva 7’s seven-year-old design has been given a freshen up in 2014, with the latest update bringing a redesigned front fascia and grille, as well as a new rear fascia with chrome exhaust tips and a new LED tail lamp design.

In profile, both LT and LTZ can be differentiated from the older models by the new integrated side steps, while the LT also gets a fresh set of 18-inch alloy wheels. 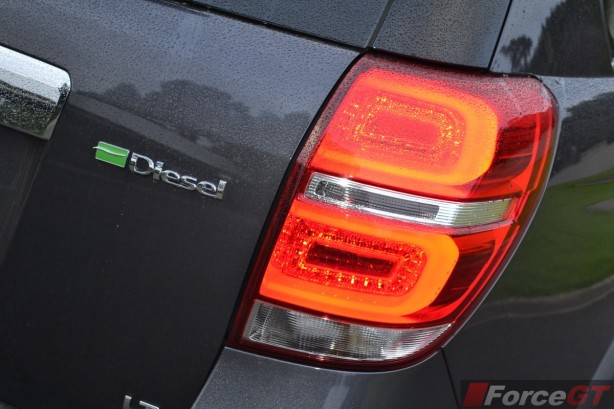 Otherwise, the 2014 model is almost identical to the original. While newer rivals generally sport more chiseled bodywork, the Holden SUV retains its curvy panels, which may find favour with some audience. 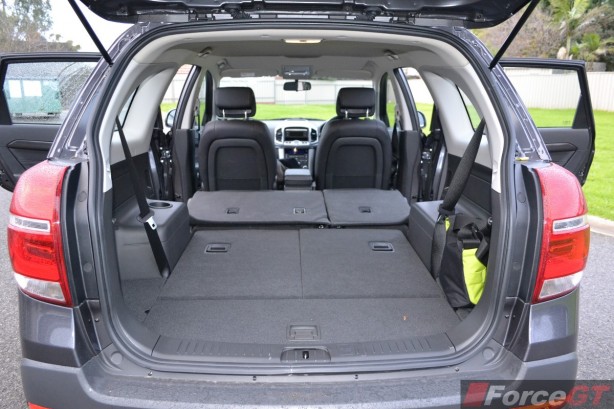 What the Captiva 7 hasn’t lost is its capacious interior. As the name suggests, it seats seven in a 2+3+2 configuration. No matter which direction you look, there is plenty of real estate for everyone.

There is plenty of clever storage spaces dotted around the cabin, including the deepest centre console we have ever encountered, along with a usefully large glovebox.

When not in used, the third row of seats simply fall back into the cavernously long and wide boot, yielding 465 litres of luggage space (85 litres with them up). A ute-challenging 930 litres of carrying capacity is created when the second and third row seats fold flat. If required, they also tumble forward for plant-friendly trips to the nursery. 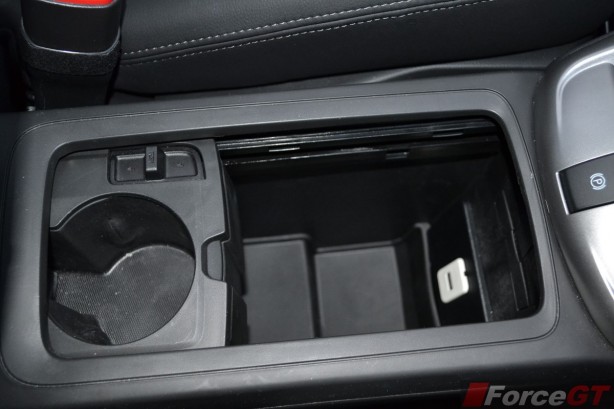 If that is not enough, the front passenger seat will fold onto itself for an astonishing 1,565 litres of load carrying capacity with just the driver’s seat up.

While children may find the third row accommodation perfectly adequate, full-sized adults is likely to complaint about the lack of knee and legroom on longer journeys.

They will similarly be disappointed that there are no rear air vents, not even for the second row seats. They do however, get a cupholder to compensate for the discomfort. 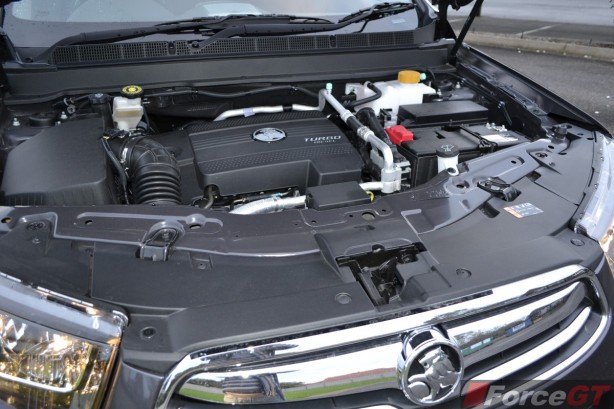 Behind the Captiva 7s’ more up-to-date grille are the same drivetrains as the MY13 models (which themselves date back to 2007), including our LT AWD’s 2.2-litre four-cylinder turbo-diesel. It delivers 135kW of power at 3,800rpm and a substantial 400Nm of torque at 2,000rpm.

It is mated with a six-speed automatic transmission that delivers power reasonably smoothly and responsively to the part-time all-wheel drive system. Its clever gearing also sees the large SUV returning around 9.5L/100km of mixed driving during the course of our test.

While it has good urge and relatively good fuel economy for a hefty wagon, engine refinement is below class standard, with considerable diesel-engine clatter making its way into the cabin. 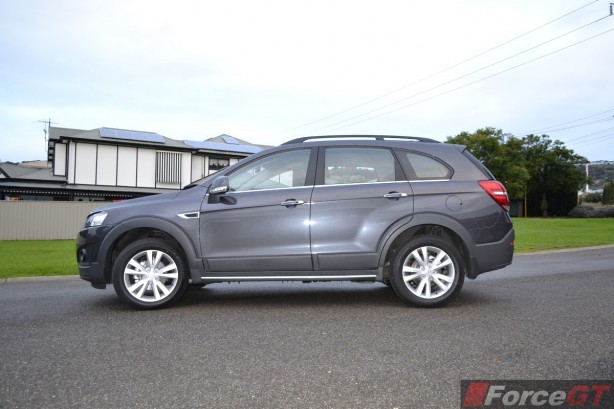 If the engine sounds a bit agricultural, the Captiva 7’s handling is anything but cultured. Yes, it is adept at ironing out the big stuff like speed bumps and large potholes, broken tarmac and small undulations will send the car into a shimmering frenzy.

Its driving experience is also truck-like, with a numb steering and a ponderous nose. There is also plenty of body movement around the bends. Parents are strongly advised to have throw-up bags handy when pounding the B-roads. 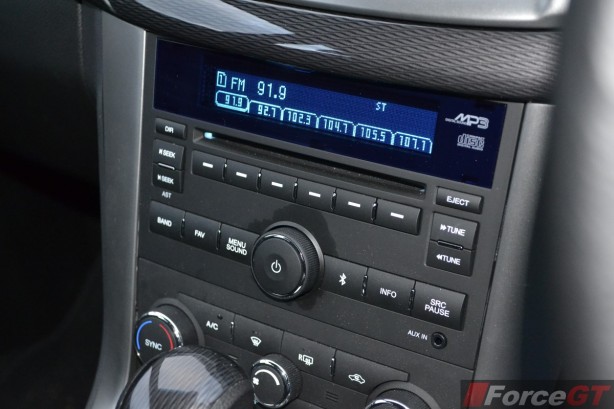 However, the dot matrix infotainment screen on the centre console is so old that drawings of it have been found on Egyptian papyrus paper in the tombs of pharaohs.

Crucially, a rear view camera is also only available on the range topping LTZ and not even offered as an option on lesser models.

While the Holden Captiva 7 has been rejuvenated for 2014, its new grille and bumpers can’t hide the fact that the car is getting long in the tooth.

It was never the last word in ride and handling when it was launched in 2007, and rivals have moved on even further in the new decade.

The only redeeming features for Holden’s large SUV are its amazingly spacious interior and its relatively frugal diesel engine.