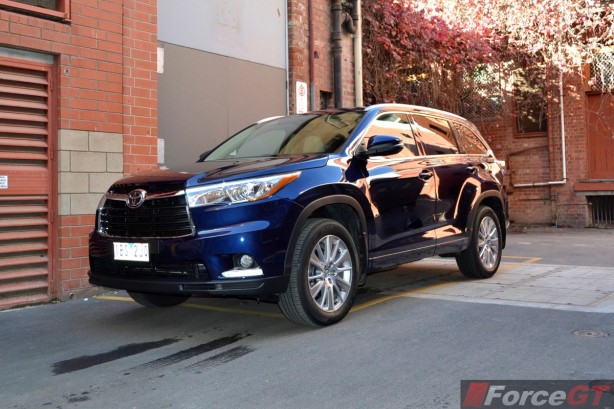 Bigger, cheaper, and better is how Toyota described the new 2014 Kluger. And in a rare case, it’s not just a marketing hype. Boasting an all-new styling with an upsized cabin, accompanied by a drop in price, the new Kluger does indeed look promising.

We sampled the top of the range Grande AWD variant, which is priced from $67,520.

A shape unchanged for seven years has finally been replaced with a completely new design in the 2014 Toyota Kluger. The new styling is much bolder than before, with a prominent front grille, lowered roof line and sculpted door panels. As much as looking more aggressive, the overall design has also moved towards looking more premium. With the new Kluger, families will be going places and they will be getting there in style. 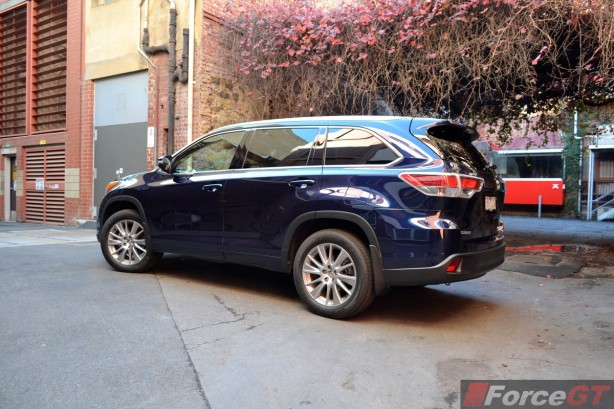 The new Kluger is 80mm longer and 15mm wider than the outgoing model. The grow in dimensions translates to a more spacious cabin, with improved legroom for both first and second row occupants. Rear cargo space with the third row seats down is now a more generous 529-litre.

Perhaps, the biggest improvement over the old model is the cabin. While the previous model feels like a high-riding Camry inside, the new model’s interior is close to Lexus in quality and execution. Gone are the hard plastics covering most of the dashboard, replaced by supple soft-to-touch surfaces with fancy stitching to give a more up market feel. The lower dash and door trims, too, get some nice touches and quality materials such as the polished surfaces, mood lighting and wood inserts. Even the instrument cluster is now a quality piece. 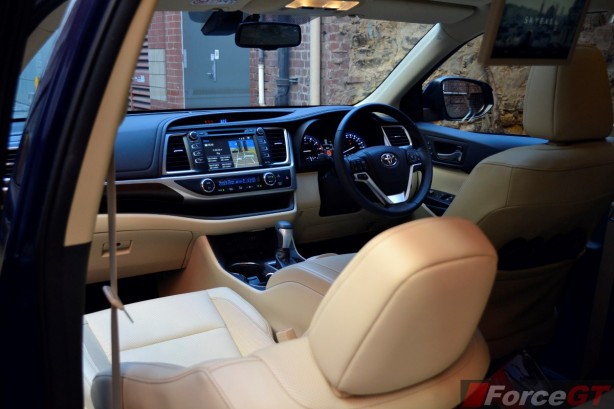 Most controls are well laid out, user friendly and within easy reach, except for the buttons to the left of the infotainment touch screen in the centre console, which are a bit of a stretch.

The seats are comfortable enough for long journeys, especially the first row. Regrettably, the previous model’s versatile 40/20/40-split second row seat has been replaced with only a 60/40-split configuration. On the up side, the second row seats now slide farther forward, giving easier access to the third row, which are still only good for small kids.

There are loads of storage spaces dotted around the cabin but we especially appreciate the large open storage tray in the dashboard and the ultra generous centre console box with 24.5L capacity, large enough to swallow a handbag.

The entire 2014 Kluger range makes use of only one engine – a 3.5-litre V6 producing 201kW of power at 6,200rpm and 337Nm of torque at 4,700rpm. A new six-speed automatic transmission channels power to the wheels with selectable manual sequential shifting.

The petrol V6 is amazingly smooth and quiet, with excellent torque across the rev range. It sounds good too when opened up. Around town, the V6’s eagerness makes the Kluger excellent for family duties. Out on the open road, there is adequate power to haul the family, the dogs and all the luggages for a weekend getaway.

The new Kluger still lacks a diesel option, which may send some potential buyers to other camps, especially with demand for diesel SUVs now on the increase. 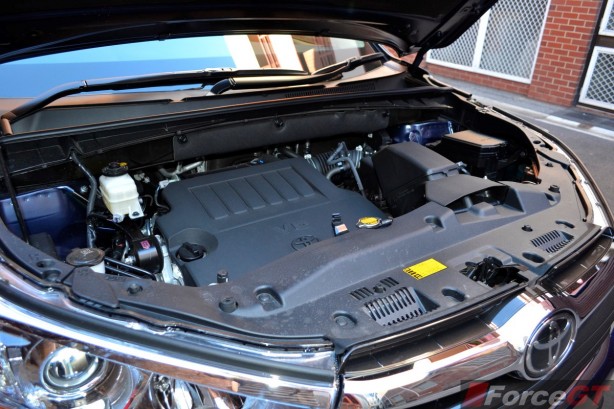 The new six-speed auto is miles better than the old five-speeder, providing crisp and quick gear changes, while responding well to throttle position. Its ratios are also well spaced to draw the best out of the V6’s linear power delivery. However, an eight speed box, which is not available, would be better at further reducing fuel consumption at freeway speeds.

Like most Australian delivered Toyota models, the Kluger has steering and suspension tuned to local taste. The ride is a tad firmer than desired but still has the fine ability to soak up road undulations. A drive around twisty roads quickly reveals a new found level of dynamism in the new Kluger. Tight bends are tackled with good balance and decent body control. The steering has just the right amount of weightage and offers precise direction change. Like most Toyota products though, the electronic nanny is overly intrusive and tends to cut power mid corner – after you have successfully corrected the line of travel. 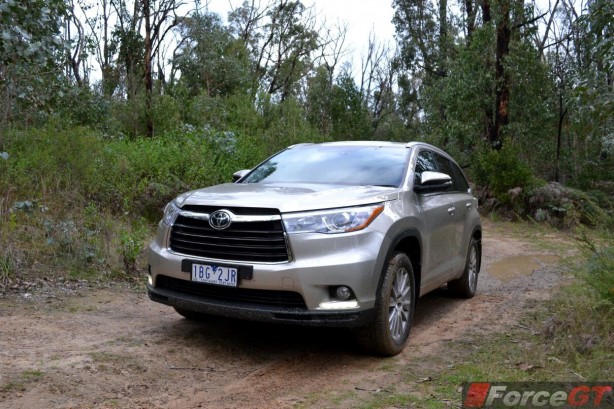 Offroad, the AWD Kluger we tested has good traction in the dirt, both dry and wet. However, the auto hill descent function only works in first gear and requires you to manually lock it in first. A fully automatic feature would be more desirable. But once engaged, the Kluger went down steep slopes faultlessly, with no skidding or sliding.

There’s a big lift in quality in the 2014 Kluger. The whole packaging feels sturdy, with impeccable fit and finish in the cabin, complemented by quality materials and lavish leather upholstery in the upper grade models.

As with anything with a Toyota badge, the new Kluger is, and feels, as reliable as a brick. 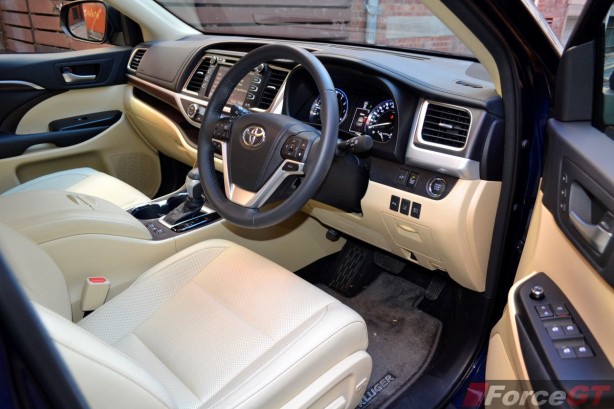 The big V6 petrol unit under the bonnet has over 2 tonne of weight over its shoulders.  While it offers plenty of grunt on the get go and has no complaints with working hard, it’s not ashamed of chewing on fuel either.

For those with big family, third row seats are now standard across the entire range where they were formerly optional.

The 2014 Toyota Kluger remains a formidable family SUV with a very well presented cabin, loads of space and storage, and superb quality. The 3.5 V6 is a tad thirsty when worked but is silky smooth and willing, matched with an intelligent auto and well balanced suspension setup.