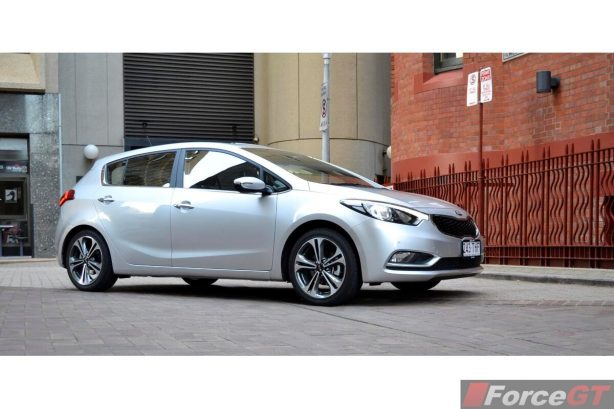 The handsome Kia Cerato Sedan was recently joined by its remarkably stylish hatchback sibling in Australia. It’s Kia’s most successful model, with more than 2.5 million sold worldwide since its debut in 2004. Locally, the hatch accounts for as much as 70 per cent of all Cerato sales. A lot rides on its broad shoulders is probably an understatement.

However, if looks sell, the Cerato Hatch will have no trouble finding homes. Designed at Kia’s Seoul design centre, the third-generation Cerato Hatch takes on stylish European lines with a wider and lower stance for that ‘dynamic muscular’ look. Compared to its predecessor, the new hatch is 10mm longer, 10mm lower and 5mm wider. The wheelbase has been extended by 50mm to liberate more interior space. 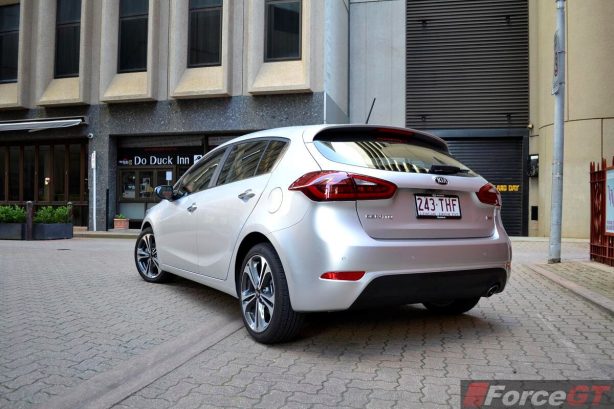 This sense of spaciousness is further enhanced with the addition of front and rear quarter glass panels. Despite a lower roof line, passenger headroom has increased by 12mm at the front and 10mm at the rear, thanks to a lower cabin floor and seat ‘hip-points’. There’s also 657 litres of luggage space behind the wide opening hatch, 236 litres more than the sedan.

Three trim levels are on offer – S, Si and the top of the range SLi tested here. All are equipped with a driver-focused cockpit that is easy to use. There is a respectable selection of soft-touch plastics, leather trim, chrome highlights and classy colour TFT multi-information display in the range topper. While lesser models make do with less pizazz in the cabin, the whole range gets a full sized spare wheel (alloy in the Si and SLi) – a suprising welcome.

Nevertheless, there’s no doubt that the Kia Cerato’s quality is unquestionable. Everywhere you look, the car shouts premium. 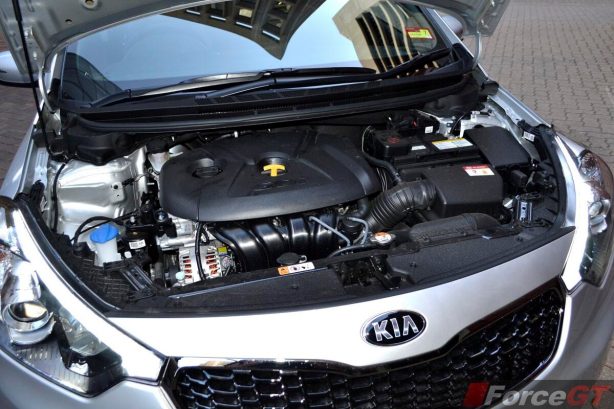 Both engines are mated with a standard 6-speed manual, while a slick 6-speed automatic –as tested here – is optional, and likely to be the more popular transmission.

While it isn’t the most dynamic handler of the crowd, the Cerato hatch is composed around corners with a decent amount of grip from its 215/45 R17 tyres (205/55 R16 on S and Si). Its steering is also nicely weighted albeit suffering from the artificiality of Kia’s FlexiSteer electric power steering system. 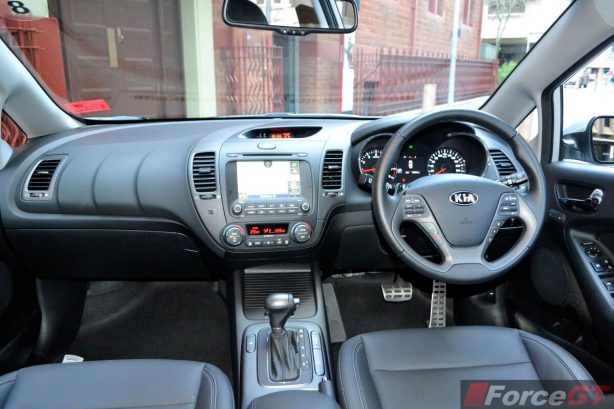 Its locally-tuned suspension adapts relatively well to our pockmarked roads, although on 17-inch wheels, the ride is noticeably busier. The cabin is mostly well insulated from unwanted road and wind noise, but still falls short of the 2013 Volkswagen Golf class benchmark.

Similarly, its real world average fuel consumption of 9.2L/100km isn’t going to topple class leaders off their perch. That said, a more gentle right foot than yours truly should see the figures roll back.

If practicality, built quality and standout styling is what you are after, the 2013 Kia Cerato Hatch will fit your bill nicely. Its value equation is also hard to beat and the 2.0-litre GDI engine is one of the punchiest in its class. However, be prepared to visit the pump more frequently.