The Astra has been a familiar nameplate in Australia, at least when it was sold under the Holden brand up until 2009 when the Cruze replaced the Astra as Holden’s new small car.

So for 2013, Holden’s sister brand under the General Motors umbrella, Opel, returns to Australia with big plans for the all-new 2013 Astra, which has now returned to its roots and wears the Opel badge. Opel is so convinced that at the unveiling of the Astra concept at the 2010 Paris Motor Show, the German firm lauded it as a new type of Astra, ready to take on the likes of Ford Focus, Volkswagen Golf and Mazda 3

The 2013 Opel Astra GTC Sport continues where the Holden Astra SRi three-door left off, and for the first time, it actually looks pretty convincing indeed. The all-new design finally gives the Astra GTC a genuine European coupe shape that is sure to sway some fans from rival camps.

The Astra GTC is offered in two engine options – a 1.4-litre VVT turbo petrol producing 103kW and 200Nm of torque and a more powerful 1.6-litre VVT turbo petrol (tested) rated at 132kW and 230Nm of torque. While the 1.4-litre comes in either a 6-speed manual or 6-speed automatic gearbox, the sportier 1.6-litre is only available with a 6-speed manual.

One of the biggest and most important selling points for a sports hatch is looks, and the new Astra GTC has loads of it. The cab-forward design is characterised by a low and purposeful front end that leads to a steeply raked windscreen and sweeping roof line. The bold shoulder lines that start from the door handles emphasis the flared rear wheel arches and give the sleek profile a sense of motion even when stationary.

It’s good to see that most of the styling elements of the original Astra concept had made it to the production model and this doesn’t happen very often. 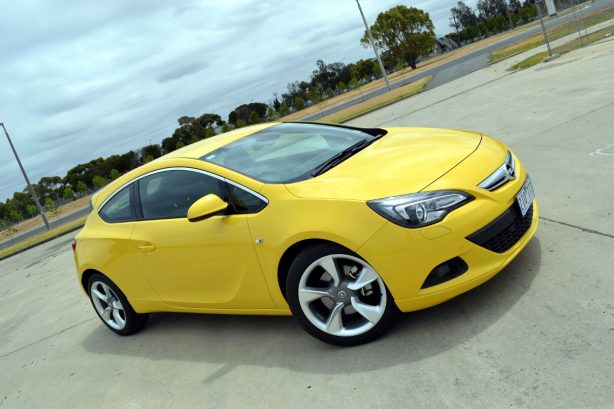 Despite being a three-door version of the Astra hatchback, the GTC shares no body panels with the former. Not surprising as Opel hopes to see it positioned – like the Volkswagen Scirocco – as a discrete coupe model, separated from the rest of the Astra range.

Like the striking exterior, Opel’s aim to make a bold statement with the new Astra also exudes in the interior. The cabin’s design is unmistakably sporty and modern. The black trim throughout is garnished with faux brushed aluminium inserts on the centre console, air vents and doors. It’s not as classy as the Volkswagen Golf’s but its youthful design is something different. It feels upmarket too. 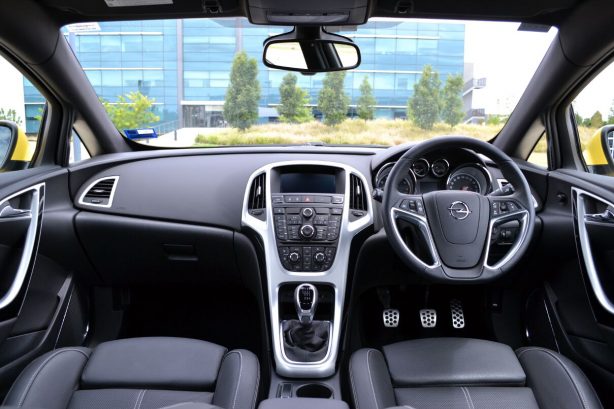 The full leather body hugging sports seats are comfortable and provide great support. At the back there is room for two average sized adults and one small child – yes the Astra GTC is a proper five-seater.

On the other hand though, ergonomics and user-friendliness are slightly lacking as the centre console is too cluttered with knobs and buttons. Its infotainment system is far from intuitive and it’s a pity the crisp 7-inch LCD that comes with it isn’t a touch screen.

The 1.6-litre turbo engine with 132kW/230Nm equipped in the GTC Sport exhibits respectable performance. It’s no hot hatch pace and the power figures fall short of the Hyundai Veloster SR Turbo’s 150kW/265Nm but it’s still responsive and pulls strongly as long as you keep the revs above 3,000rpm. It also sounds sporty throughout the rev range.

In the real world, the GTC Sport accelerates from 0 to 100 kph in about 8 seconds, not exactly quick for a car with sporty pretensions. However, the impressive close ratio six-speed manual gearbox made up for this by delivering that extra bit of driving fun on the way to nailing that 100kph mark. Paired with the engine’s good throttle response, the manual is also easy to drive in everyday condition.

The GTC Sport’s sharp steering response aids in quicker turn in, but could do with a bit more steering feel, even in Sport mode (more on that later). 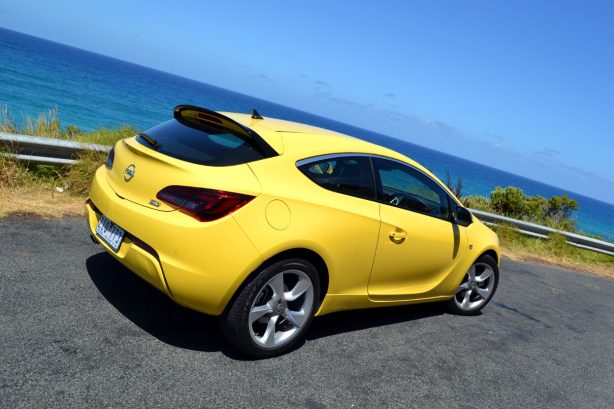 The suspension in the GTC Sport is made up of HiPerStruts for the front and Torsion Beam at the rear. The setup has a good balance between comfort and handling. Body roll is very well controlled and the 235mm wide Bridgestone tyres offer exceptional grip. However, the rear seems to get unsettled easily by bigger bumps, especially under braking. Overall though, it is still a lot of fun around winding country back roads.

Despite riding on 19-inch wheels, the car still offers a supple ride around town, soaking up most ruts and bumps reasonably well.  On the freeway, the ride is smooth and quiet with road and tyre noise well suppressed.

Our test car is optioned up with Flexride which allows you to choose from three driving modes – Sport, Normal and Tour. Depending on which mode is chosen, the system alters the car’s dampers, steering and throttle response to give a sporty driving experience (Sport) or comfort bias (Tour). This is one option we think is worth getting as it makes significant difference to the car’s dynamics.

Opel has made considerable effort in improving the quality of the new Astra. The interior’s build quality is impressive – gaps are tight and panels are well put together. Most contact areas are made of leather or soft touch plastics and the seats are covered in high quality leather.

Overall, the new Astra is very well built, the cabin feels solid and the trim has stepped up a notch compared to the last model. Thus this new model should have no problem turning things around in its not-so-good reliability track record.

The Astra GTC Sport’s fuel economy hasn’t got much to shout about, but it is still competitive. Over our week long test, it averaged about 11.5l/100km in urban driving and on the freeway it sipped about 6l of fuel per 100km. Combined, it gave a figure of 9.1l/100km, slightly higher than the advertised figure of 7.3l/100km thanks to my occasional heavy right foot.

Price wise, the Astra GTC Sport 1.6 Turbo starts at $34,990 plus on-roads. Thus the GTC Sport 1.6 costs $3,000 more than the Hyundai Veloster SR Turbo and a whole $5,000 dearer than the widely acclaimed Toyota 86. That’s a meaningful chunk of change but it’s worth noting that none of those competitors has the same level of standard equipment and a more complete package than the GTC Sport in terms of design, cabin and driving dynamics. 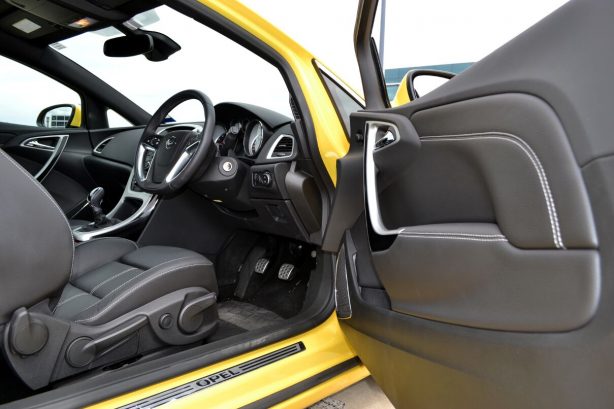 Despite being a three-door, it boasts a sizable boot space of 380L which can be expanded to 775L with the rear seats folded.

On the safety front, the GTC Sport is equipped with 6 airbags, electronic stability control with antilock braking system and traction control. Front and rear parking sensors are also standard.

The all-new 2013 Opel Astra GTC Sport has made a bold comeback with a lot more style and desirability. It’s a sporty three-door hatch that never ceases to get attention everywhere it goes.

More importantly, it has proven itself to be more than just curvaceous looks, it’s also got a real and dynamic sporting appeal to back up its new appearance.

If you don’t need the outright performance of more focused cars like the Toyota 86 and would rather have a more upmarket and stylish cabin in a good looking package with the capacity to carry five people, then the Astra GTC Sport is a hard one to miss.

It is also worth mentioning that the GTC Sport with its 1.6-litre turbo is the pick over the smaller 1.4-litre in the GTC if driving for you is more than just going from point A to point B, as the enhanced driving experience you get from the extra power is well worth the premium.