Video: Behind the wheel of the Porsche Cayman GT4 with Walter Röhrl 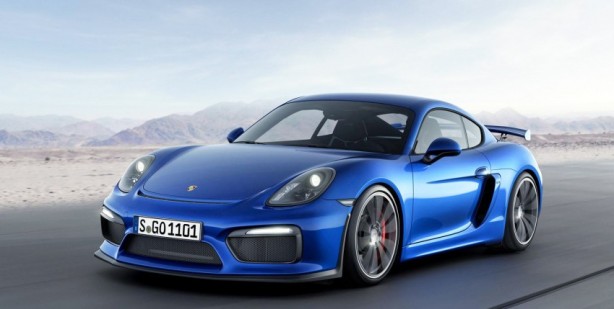 The first GT sports car based on the Porsche Cayman is even a novelty for rally driver Walter Röhrl. See how he takes the new Cayman GT4 for a spin on the racetrack in the new promotional video released by Porsche today.

The Porsche Cayman GT4 is essentially a more hardcore version of the Cayman, it is to the Cayman what the GT3 is to the 911. Sporting a mid-mounted 3.8-litre flat-six derived from the 911 Carrera S, it develops 287kW at 7,400rpm channeled to the rear wheels via an exclusive six-speed manual transmission.

It enables the top dog to dash from 0-100km/h in just 4.4 seconds and top out at just shy of 300km/h. Porsche also claims the GT4 is capable of lapping the famed Nürburgring in 7 minutes and 40 seconds – just 15 seconds slower than the 911 GT3.

Previous Next generation Lexus RX teased ahead of New York debut
Next BMW X7 said to be in the works; due 2017