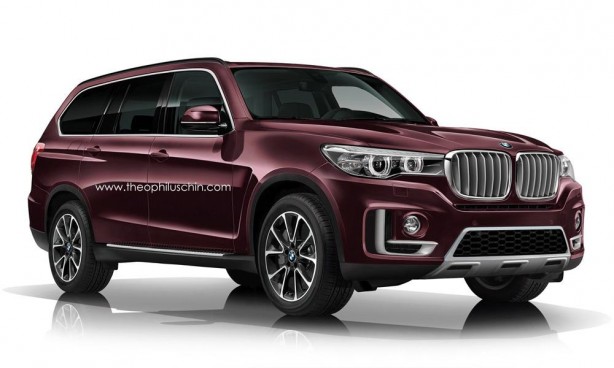 Some details have emerged on BMW’s upcoming new X7 SUV. As the name suggests, the X7 is the X5’s bigger brother and is expected to debut in late 2017.

Codenamed “G07”, the X7 will reportedly sit on BMW’s CLAR (Cluster Architecture) platform, which will also underpin the next-generation 5 and 7 Series. Development of the X7 and its Rolls-Royce SUV cousin is said to have started nearly two years ago, with the cars sharing many of the components underneath.

Set to be available with 7 seats, the X7 will borrow some of its suspension components from the BMW X5. It will feature a range of six and eight-cylinder engines, as well as a plug-in hybrid drivetrain derived from the X5 xDrive40e. A range-topping 6.0-litre V12, pinched from the 760i, producing 400kW and 750Nm of torque, is also said to be on the cards. 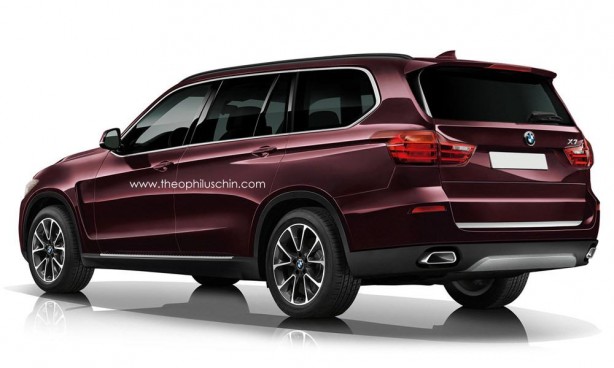 Like the X5, the X7 will be offered with both rear and xDrive all-wheel-drive system.

Inside, the X7 is said to feature the most opulent cabin ever seen in a BMW, outshining the new 7 Series, which traditionally has been the most luxurious of all BMWs.

The X7 will be built at the company’s Spartanburg factory in South Carolina, USA where the X5 is also built.

Previous Video: Behind the wheel of the Porsche Cayman GT4 with Walter Röhrl
Next Audi unveils 2015 R18 e-tron quattro