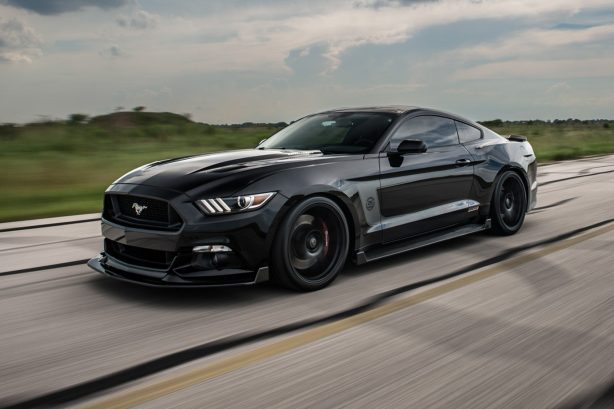 Hennessey Performance, the folks that brought us this insane Venom GT and this beasty Nissan GT-R, are celebrating their 25th anniversary this year with a pumped up Ford Mustang.

Called the HPE800, the Ford Mustang gains a 2.9-litre supercharger strapped to its 5.0-litre V8 engine. Modifications are also made to the fuel and intake system, including heavy-duty injectors, fuel pump and custom intake ducting. A bespoke sport exhaust system and uprated brakes wrap up the performance upgrade. 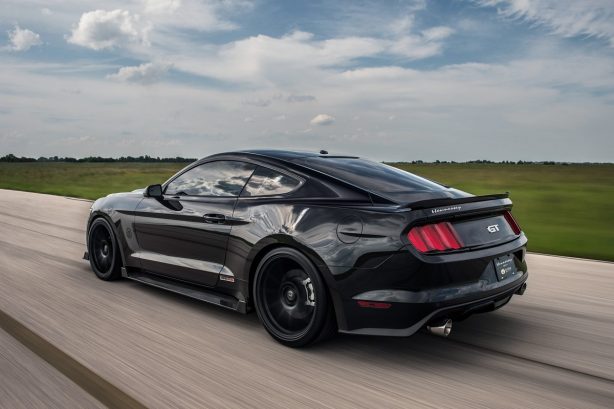 The extra punch allows the Hennessey Ford Mustang to slingshot from standstill to 100km/h in just 3.1 seconds, en route to a top speed of over 300km/h. On a dragstrip, the muscle car will demolish the quarter mile run (400m) in just 10.7 seconds.

To distinguish the 25th Anniversary HPE800 from the rest of the Mustang crowd, the Hennessey-tuned car comes loaded with a unique body kit which consists of a custom bonnet, front splitter, side sill extensions and rear lid spoiler. Splashes of anniversary badging on both the exterior and interior further set the car apart, while a unique plague in the cabin indicates the car’s build numbers.

According to the tuner, only 25 units will be built. So, if you’re keen on one you will need to be quick.