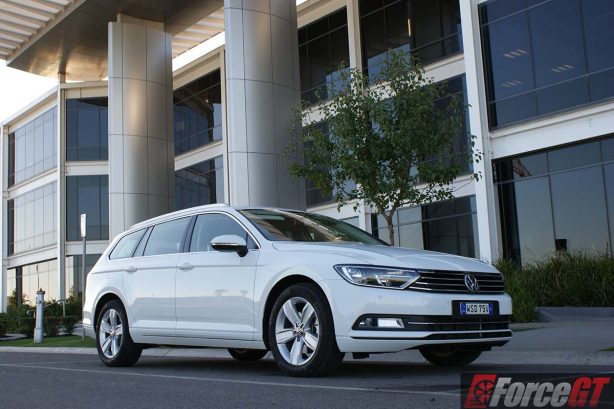 Since its introduction back in 1973, the German engineered Volkswagen Passat has been a solid hauler for families and businesses alike.

Entering its eighth generation, the 2016 Passat has become the pinnacle of refinement, setting the standard for design, technology and practicality within its segment.

Priced from $34,990 plus on-road costs, the new Passat is available in three equipment lines: 132TSI, 132TSI Comfortline and 140TDI Highline, all offered as a sedan and wagon.

For this review, we tested the entry level Volkswagen Passat Wagon 132TSI. 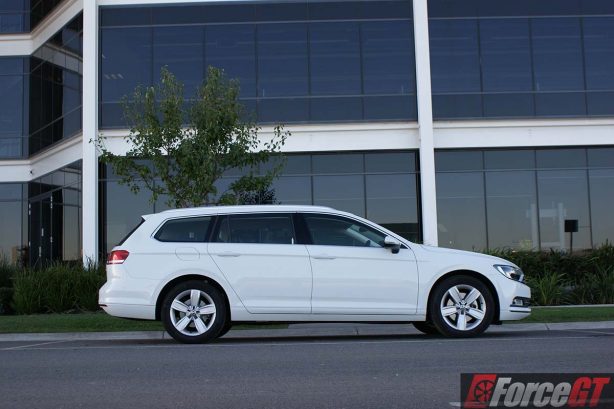 Aesthetically, both the sedan and wagon take on a more upmarket and well proportioned design compared to its predecessor. Up front there is a sophisticated four-bar chrome grille with lines flowing into the headlights, while the domed bonnet gives the car a more macho stance.

At the back, changes are more subtle with the LED taillights gaining a more sophisticated look than the outgoing model. The wagon also has a dual tip exhaust offset to left side while the sedan gets split units integrated into the rear bumper.

Based on Volkswagen’s modular transverse matrix (MQB) platform that underpins a raft of the group’s models, including the Volkswagen Golf, the 2016 Passat sits 14mm lower and has a 79mm longer wheelbase than the outgoing generation. 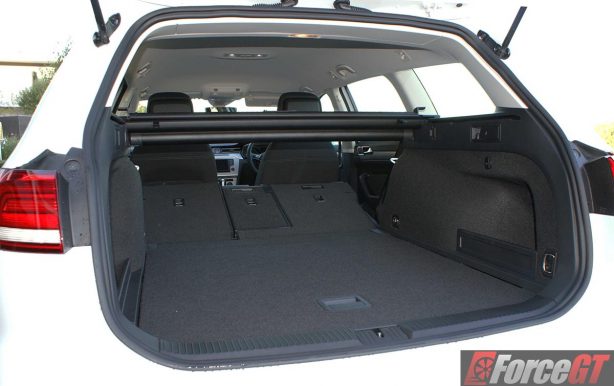 Unsurprisingly, the wagon has an abundance of storage space; with the back seats up, the Passat Wagon boasts 650 litres of cargo space, expanding to a titanic 1,780 litres with the seats folded. Door cards, glove compartments and the centre console also provide decent storage options within.

The manual front seats in the 132TSI come with electric “ergoComfort” lumbar support and are comfortable for the daily commute. Like its rivals, the steering wheel can also be adjusted for reach and tilt.

At the back, the rear seats are comfortable and provide improved legroom, thanks to the lengthened wheelbase. 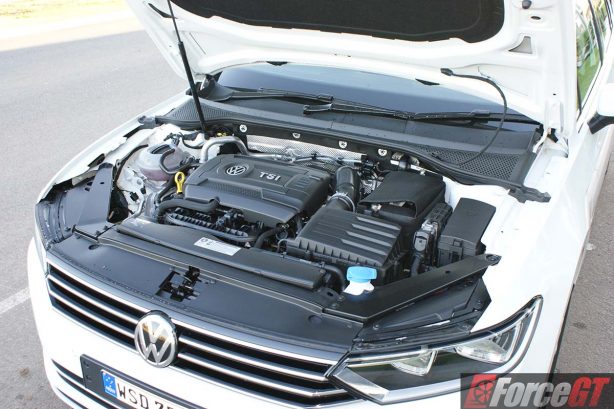 The Passat comes with a choice of turbo petrol or diesel engine.

Our entry level model shares its 1.8-litre turbocharged four-cylinder TSI petrol engine, generating 132kW and 250Nm of torque, with the Comfortline. Both are mated to a 7-speed DSG driving the front wheels and enabling the Passat Wagon to hit 100km/h in a claimed 8.1 seconds.

Sadly, unlike its platform mate, the Skoda Superb, the Passat isn’t offered with all-wheel drive in Australia.

The petrol engine is surprisingly powerful and feels very refined and smooth. Driving around town, throttle response is sharp and torque is plentiful; making traffic manoeuvres are a breeze to perform.

However, there is a very noticeable gear shudder on take-off in the 7-speed DSG on our test car, which isn’t present on TDI’s 6-speed DSG. Other than this gripe, the twin-clutch is a very responsive gearbox with kick shift swapping gears on a dime.

While not a sport inspired vehicle, the flexible MQB platform strikes a great balance between comfort and handling. The lowered ride height keeps body roll to a minimum and the steering feels sharp with plenty of front end grip.

Ride quality is almost perfect, with the finely tuned suspension keeping the Passat smooth and composed even on unsettled roads. Sound insulation is particularly good, with barely a murmur from the engine at cruising speed, while road and wind noise are hardly noticeable. 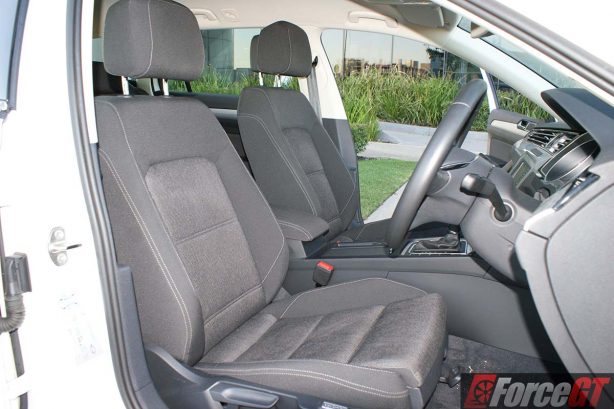 As expected from a Volkswagen, the Passat comes impeccably built, both inside and out. The use of soft touch plastics on the upper dash and door cards, along with an upmarket aluminium coated trim surrounding the infotainment system give it a sense of class.

All panels are properly aligned, while the doors have a hefty feel to them, giving you a sense of quality.

Officially, Volkswagen claims the Passat will achieve a combined fuel economy of 6.0L/100km. This is rather optimistic as after a week of everyday city/freeway driving, the Passat returned 8.5L/100km.

Nevertheless, with a 70-litre fuel tank, it will theoretically have an 820km range before requiring a pit stop.

The Passat comes packed with standard equipment, making it a strong player against its competitors. 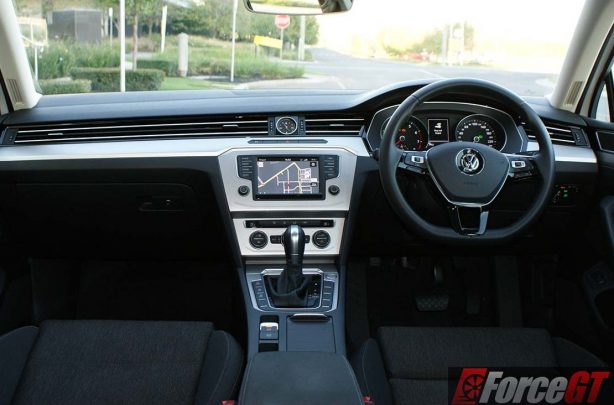 One of the best changes to the Passat is the infotainment system. The 6.5-inch display features capacitive touch and proximity sensing making menus appear as your hand approaches the display, freeing up valuable screen space for when the application is running.

The system also makes use of VW’s Car-Net connected services allowing smartphones to integrate with the vehicle through Apple CarPlay, Android Auto or MirrorLink.

All variants also get nine airbags, including rear side airbags, along with ABS, Electronic Stability Control, Auto Emergency Braking, parking sensors and a reversing camera with multi-angle view.

The 2016 Volkswagen Passat is a decent, refined vehicle and comes well equipped from the factory.

Other than the DSG shudder and somewhat wishful fuel economy, it makes for a great everyday car and comes as a solid choice for anyone looking for a practical all-round sedan or wagon.