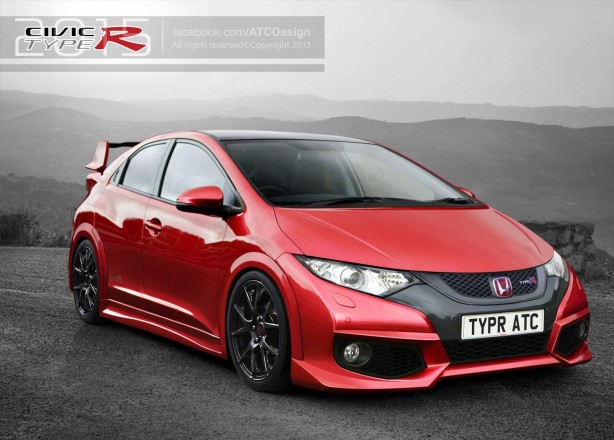 The Honda Civic Type R has certainly geared up interest in the motoring world since Honda laid down confirmation early last week that the hot hatch will deliver at least 280 hp (206 kW) when it arrives in 2015. Based on the Type R prototype photos released in Honda’s press release, ATC Design has produce realistic renderings of what the Civic Type R may look like, and although we think there’s little chance production model will look this aggressive, the Type R in the renderings does look pretty hot. 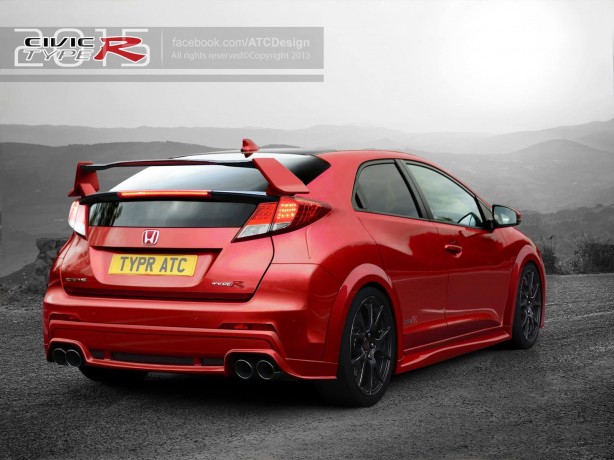 Although the new Civic Type R will not arrive until 2015, Honda has confirmed its ambitious target for the Type R to become the fastest front wheel drive car around the infamous Nurburgring circuit in Germany, a record currently held by the Renault Megane RS265 Trophy with a lap time of 8 minutes and 8 seconds.