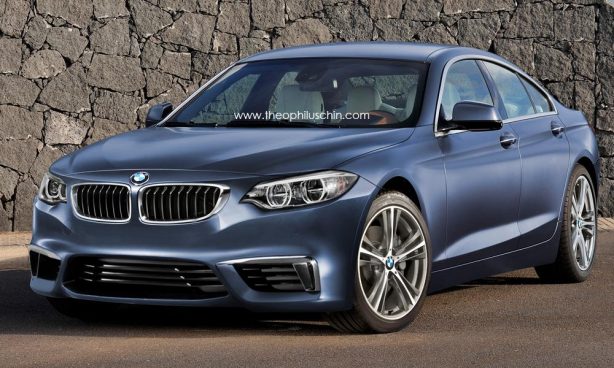 While the BMW 2-Series coupé is still months away from hitting the showrooms, anticipation is already high on the range. Photoshop maverick, Theophilus Chin, has realistically imagined a Gran Coupé version of the car.

The 2-Series will launch with a two-door coupé next year, with a convertible to follow a few months down the track. A 2-Series Gran Coupé will join the lineup in 2015, with its eyes set on the Mercedes-Benz CLA and Audi A3 sedan.

While the 2-Series will be available with a M235i powered by a 3.0-litre turbocharged 6-cylinder engine generating 235kW and 450Nm, it hasn’t been confirmed whether a M235i Gran Coupé is in the works.