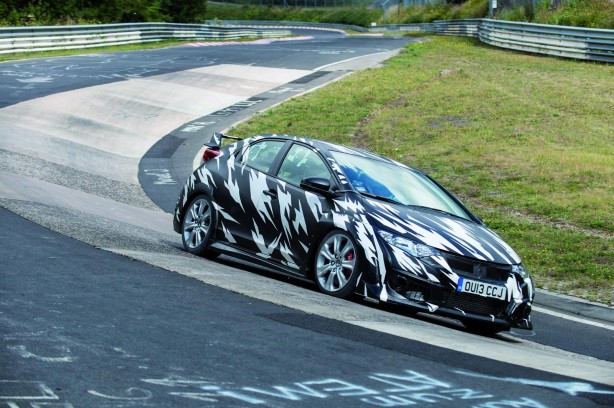 Powered by a direct injection turbocharged 2.0-litre engine, the new Civic Type R will deliver at least 280 hp (206 kW). That puts the Type R in direct competition with the 2013 Opel Astra OPC that we tested recently.

Although the new Civic Type R will not arrive until 2015, Honda has confirmed its ambitious target for the Type R to become the fastest front wheel drive car around the  infamous Nurburgring circuit in Germany, a record currently held by the Renault Megane RS265 Trophy with a lap time of 8 minutes and 8 seconds.

With two years of development left, Honda is fully committed to explore all possibilities to ensure breaking the Nurburgring record.

“We have recently spent a week at the Nurburgring, carrying out extensive testing and we are on target, and have already set a time approaching the lap record”, said Manabu Nishimae, President of Honda Motor Europe. 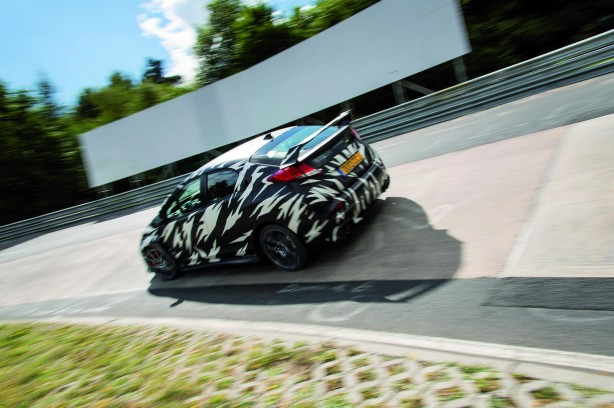 A film demonstrating the impressive performance and handling of the Civic Type R development car on the Nurburgring with Gabriele Tarquini, Honda’s WTCC driver behind the wheel, was premiered during the Honda Press Conference.

Along with the announcement, a series of photos showing a prototype 2015 Civic Type R undergoing testing at the Nurburgring have also been released.

The prototype looks promising and we are definitely excited to see the end product.