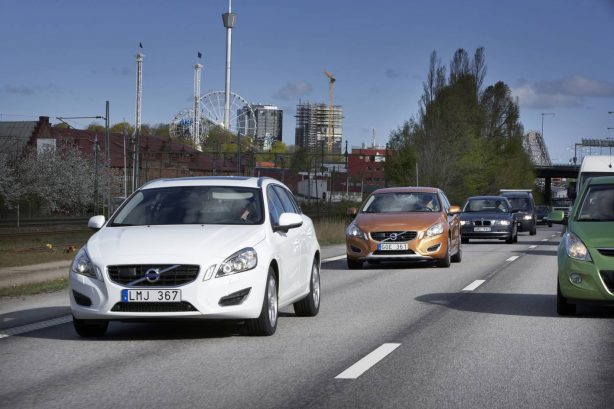 Last month, we reported that Volvo’s Autonomous Driving Technology is one step closer to reality, thanks to its Safe Road Trains for the Environment (SARTRE) project. Although the full system is still years away from production, parts of it can already be implemented in production cars.

The Swedish company today announced that its new Traffic Jam Assistance System will be ready for production in 2014. It is an evolution of the current Adaptive Cruise Control and Lane Keeping technology.

According to the U.S. Census Bureau’s American Community Survey, Americans on average, spend more than 100 hours a year stuck behind slow-moving traffic. 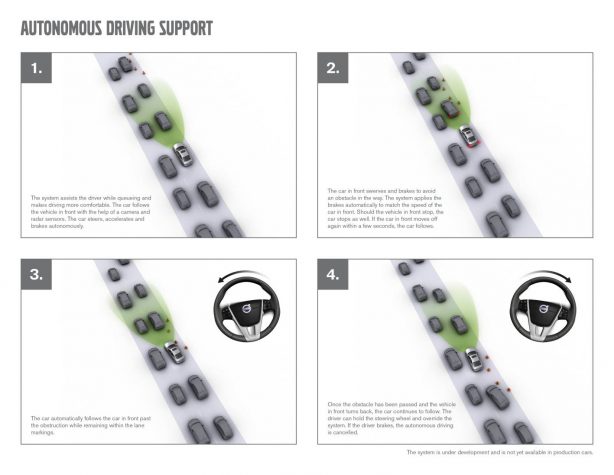 Volvo’s Senior Vice President of Research and Development, Peter Mertens was quick to point out that “It is always the driver who is in charge. He or she can take back control of the car at any time”.

“This technology makes driving more relaxed in the kind of monotonous queuing that is a less attractive part of daily driving in urban areas. It offers you a safe, effortless drive in slow traffic.” 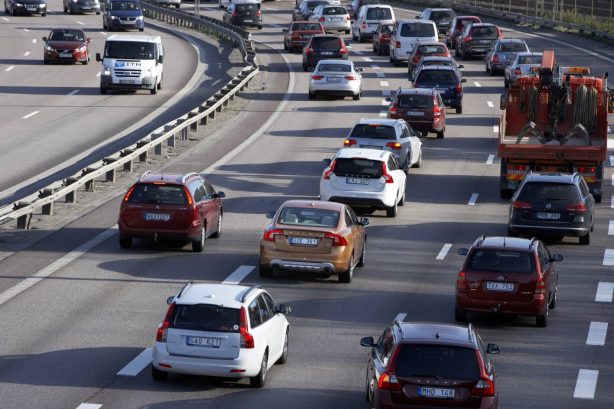 “Our aim is to gain leadership in the field of autonomous driving by moving beyond concepts and pioneering technologies that will reach actual customers. Making these features reliable and easy to use is crucial to boosting customer confidence in self-driving cars.”

Volvo will roll out the new Traffic Jam Assistance on vehicles built on the company’s Scalable Product Architecture (SPA) in 2014.