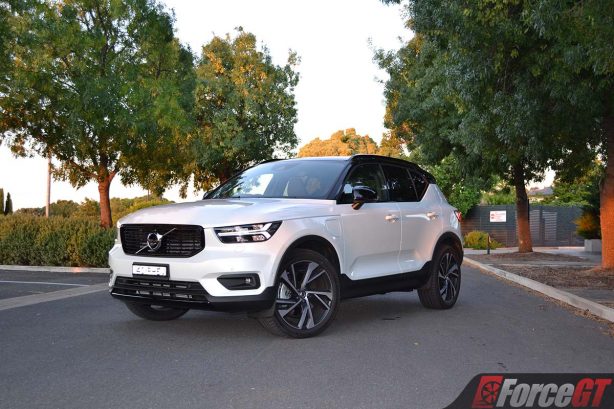 Volvo was one of the first to declare war on diesel engines, announcing it will phase out the spark-ignition powerplant in Australia by June this year. The company says that despite diesels “being the cleanest they’ve ever been”, the technology doesn’t have a place in its future. In their place, a range of plug-in hybrid (PHEV) petrol engines that promise better fuel economy than the diesel engines.

Volvo already has the XC90 PHEV well established in Australia and now the line-up is being bolstered with the newly arrived XC40 T5 Recharge, the first of two electrified XC40s heading to our shores. The XC40 Recharge Pure Electric is set to land in mid-2021.

Serving as the ‘entry-level’ hybrid model, the XC40 T5 Recharge is both Volvo’s cheapest electrified model in Australia, as well as being the most expensive XC40 variant locally, commanding a circa-$8,000 price premium over its equivalent conventionally powered sibling. 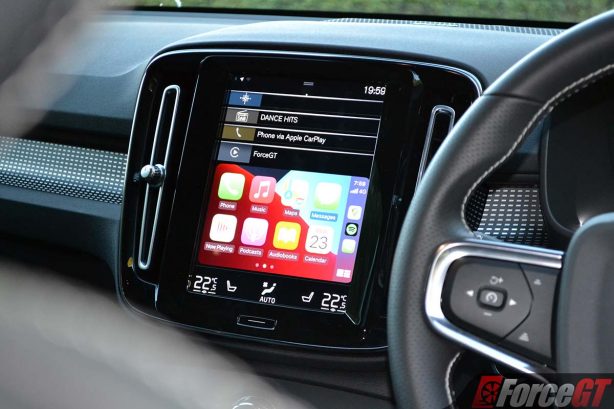 Straight ahead, the driver faces a digital instrument cluster that is clear but only partially customisable. There’s also a head-up display that projects vehicle speed, speed signs and sat-nav instructions right in the driver’s line of sight.

As we already know from previous time spent with the XC40, built quality and fit and finish are generally top notch, with most materials exuding a quality feel to them, although our tester has a persistent and annoying squeak emanating from the panel below the touchscreen.

Ergonomics are also excellent with all controls within each reach of the driver in the typically Scandinavian minimalist interior. There are all but a handful of buttons on the dashboard, with most functions controlled via the afore-mentioned infotainment screen. 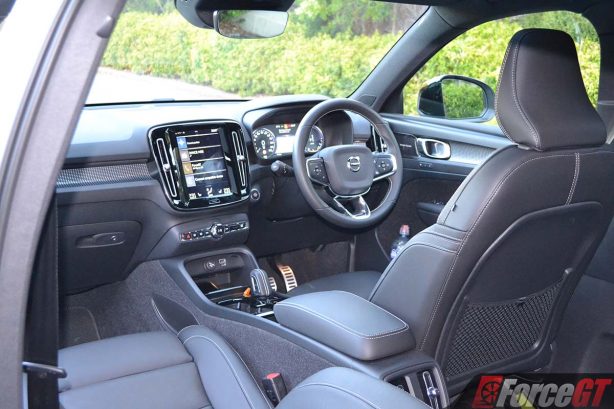 We would have preferred dedicated buttons for the climate control system as changing temperature via the touchscreen takes your eyes away from the road a split second longer than desired.

Like Volvo’s wider range, the XC40’s seats are one of the best in the business, too. There are plenty of storage facilities around the cabin, including cavernous door pockets and a 460-litre boot space.

And then there’s Volvo’s first-class safety technology that is standard all every XC40, including Volvo’s City Safety (a.k.a Autonomous Emergency Braking) that comprises pedestrian, vehicle, large animal and cyclist detection and collision mitigation with brake and steering support.

While those are all important attributes that make the XC40 one of the best in its class, they are not the main reason we’re looking at the XC40 Recharge here. It’s the impressive 2.2L/100km claimed fuel economy that is the primary attraction. 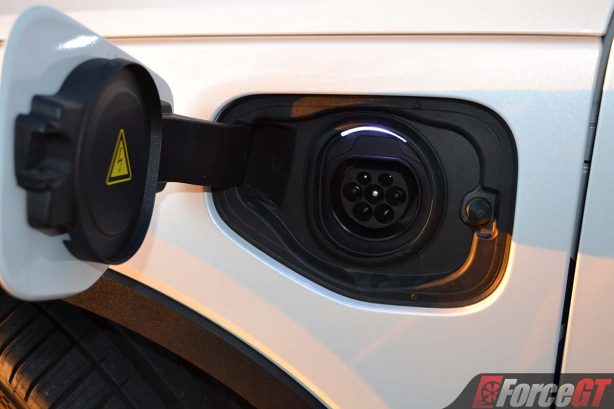 And because it carries a sizable battery pack under its rear seats, Volvo says it will run on batteries alone for up to 46km. However, in the real world, we saw the figure closer to 40km.

Top up the 48-litre fuel tank and the green XC40 could travel up to 660km before requiring a pit stop.

Once the battery is exhausted, you will rely mostly on the internal combustion engine though the electric motor still steps in under light loads and during sharp take-off.

The batteries can be topped up in around 2.5 hours when connected to a fast-charger but takes double the amount of time when plugged into a conventional three-pin plug like we did.

Starting each journey with full charge will see the XC40 Recharge return a still impressive 3.3L/100km, as the engine still kicks in when you floor it. 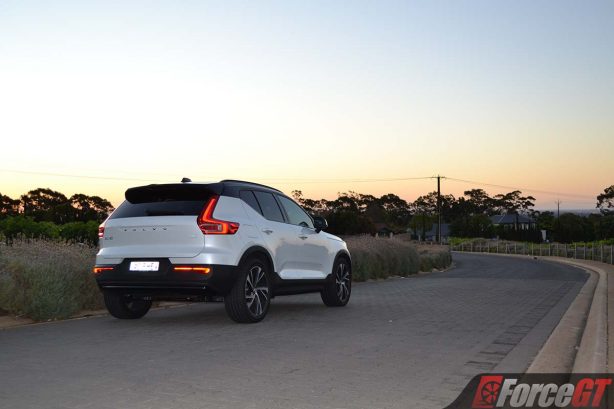 We also drove the car with the batteries fully depleted for two days around the city which quickly saw the fuel consumption head north to 4.1L/100km.

On the move, the interaction between the electric motor and the petrol engine isn’t as smooth as expected. It’s generally fine during light throttle application but when you demand more power suddenly, the engine jolts into action as it is awaken from its slumber.

The XC40 Recharge’s brake pedal is also not one of its strong suit, feeling all wooden and aloof, making it hard to modulate brake pressure. There isn’t much initial travel to the pedal before it grabs hard on the brake, causing all onboard to surge forward. It isn’t very progressive, either, so it’s hard to bring the car to a halt smoothly.

On the positive side, the three-cylinder engine is relatively muted in most conditions, which is a good thing, as they generally don’t sound terribly exciting. 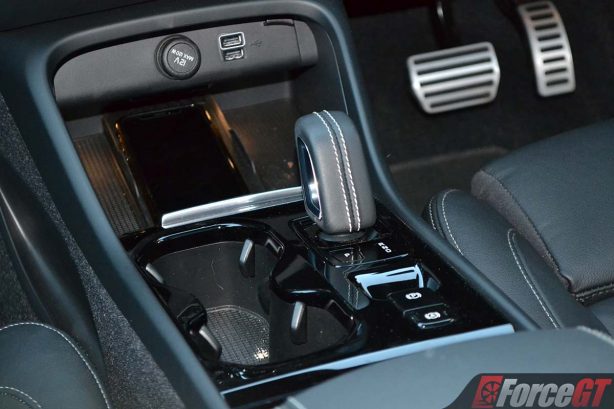 There are five driving modes to choose from (Hybrid, Individual, Power, Pure and Off Road) with the default Hybrid mode enlisting the electric motor to do most of the initial work and assisting the engine whenever it can. Pure mode is akin to Eco mode on conventionally powered cars, where electric propulsion takes precedence, while Power mode favours the petrol engine more.

Meanwhile, Individual allows you to modify the engine, steering and brakes to your liking, while Off Road mode uses the XC40’s electronics such as hill descent control for light off tarmac duty (remember the XC40 Recharge is front drive only).

Other than the more frugal, electrified powertrain, the rest of the XC40 Recharge is not dissimilar to the regular XC40 T5, which is entirely a good thing. It’s comfortable and is every bit as luxurious as a topline SUV should be. It handles its added weight well through corners, too, with a well weighted and relatively communicative steering.

The XC40 Recharge is a welcome addition to the superb XC40 range. It brings real world fuel economy gains and a decent EV range while maintaining the familiar traits that make the XC40 one of the best in its class. 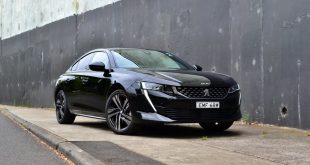