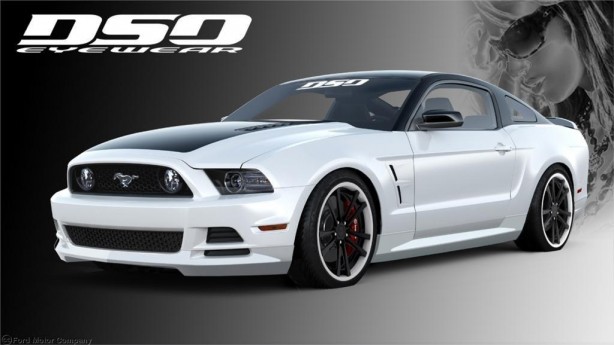 Details of a series of customised and tuned Ford Mustangs that are headed for the SEMA show have been released.

First up amongst them, the 2013 Ford Mustang GT customised by Ringbrothers. Sporting a carbon fibre body kit, “waterborne” paint and a new set of alloy wheels, the already head turning Mustang will certainly draw a crowd at the show. It also features Baer brakes, an upgraded suspension and a supercharged 5.0-litre V8 engine. 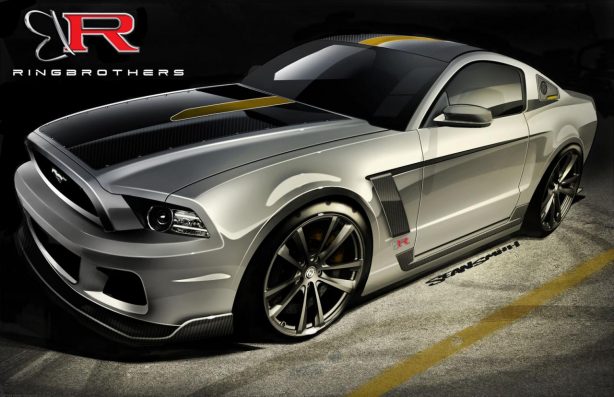 Similarly, the DSO Eyewear Mustang GT has been endowed with a Whipple twin-scroll supercharger that pumps out 559kW (750hp) of power from its 5.0-litre V8 engine. The grunt is complimented by a 3dCarbon body kit, an Eibach suspension, Brembo brakes and a redesigned cabin complete with a Rockford Fosgate sound system.

The 3dCarbon body kit is also employed by the Stitchcraft Mustang Convertible. Featuring a 3.7-litre V6 with nitrous injection and a FlowMaster exhaust, the drop-top sits on Hotchiks coil-over suspensions and uses brakes from Wilwood. 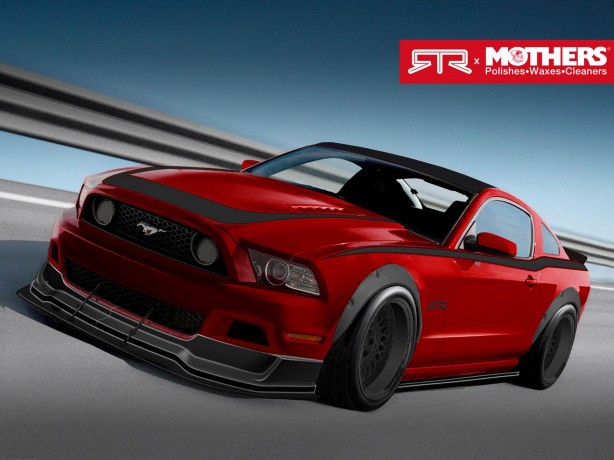 Finally, the Mothers Mustang GT at the SEMA show generates 485kW (650hp) from its upgraded 5.0-litre V8 power plant. The car is dressed in a carbon fibre body kit, a “track-ready” suspension and Sparco seats with bespoke upholstery.