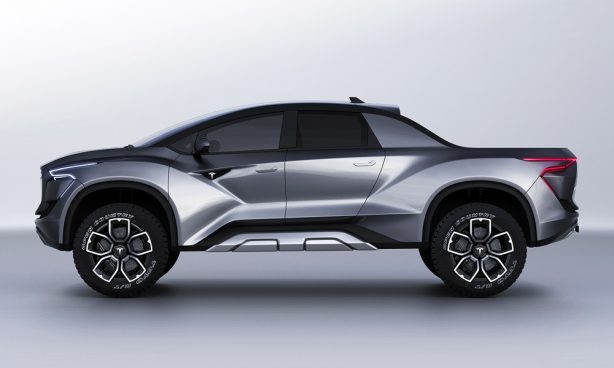 Utes – or pick-ups for the rest of the world – are big business these days. The top two best-selling vehicles in Australia in the past few years have consistently been the Toyota HiLux and Ford Ranger. Both models are built-tough bush bashing off-roaders.

With the transition toward electric cars though, it’s only a matter of time before we see a full electric go-anywhere ute. And the most likely badge it’s going to wear is none other than Tesla – the world’s most famous electric car manufacturer.

The company’s portfolio currently includes the Model 3 compact sedan, Model S large saloon, Model X large SUV and Model Y mid-size crossover. And of course, there’s also the ballistic Tesla Roadster. It seems a ute may quite possibly – and appropriately – be the next move. After all, who doesn’t want a pick-up with Tesla levels of performance and acceleration? 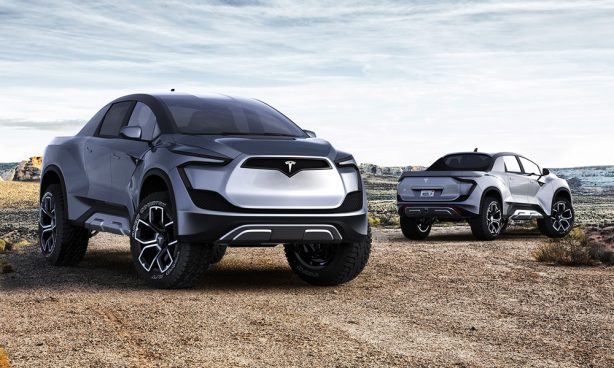 So here it is, the Tesla Model P. With its futuristic and minimalist design, it’s easy to think of it as a real Tesla concept. Only that it isn’t. This is one superb rendering by automotive designer Emre Husmen of Behance.net. And we like what we see.

A Tesla Model P could adopt the drivetrain of the Model X, which in top-spec P100D form, packs a 100kWh battery pack feeding two electric motors – a 375kW motor driving the rear axle and a smaller 193kW unit propelling the front axle. The dual-motor setup produces a potent 397kW, accompanied by a colossal 967Nm of torque.

An all-wheel drive electric ute that sprints to 100km/h in around 3 seconds? We’re all for it.