400kmh plus Tesla Roadster 2.0 is a pure numbers proposition 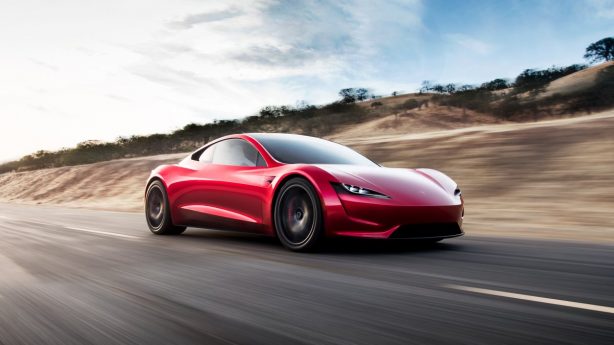 Tesla has made a surprise debut of its second-generation Roadster at the world premiere of the company’s own Semi electric truck. At the live-streamed California launch of the new Tesla Semi electric rig this week, the Roadster emerged from a trailer and stole the show.

And to top it up, the new Tesla Roadster is unlike anything the world has ever seen before. While we all know already that the Roadster is electric powered, Tesla’s latest sports car is a pure numbers proposition.

It gets better still. Tesla claims a top speed in excess of 402 km/h and a zero emission, fully electric range of 998 km.

It will be the world’s fastest production car when it arrives in 2020. Your move Bugatti and Koenigsegg… 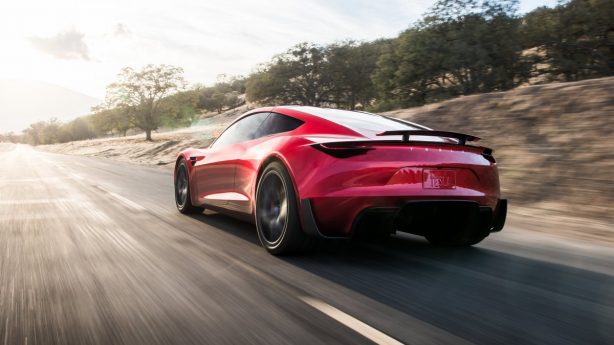 Powering the Tesla Roadster v2.0 is a total of three electric motors, one in the front axle and two in the back, essentially giving the electric supercar an all-wheel drive set-up. Technical details have not been disclosed but no doubt power and torque figures will be astronomical given the it’s bonkers acceleration.