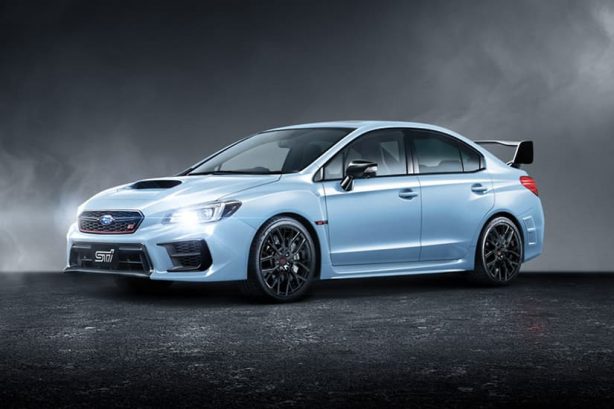 Subaru is reigniting interest in its WRX STI performance flagship with a limited edition model announced exclusively for Australia – one of the world’s most performance hungry car markets.

Called the Subaru WRX STI Kuro – the new name addition translates to ‘charcoal’ in Japanese – the new range-topper is priced at $59,904 excluding on-road costs and limited to just 50 units Down Under.

Fetching a premium of $1,800 over the current WRX hero, the Subaru WRX STI Spec.R, the new limited edition model lives up to its name by adding crystal black highlights on the rear wing spoiler, door mirrors and antenna, pumping up its already tough look further.

That’s not all, as the Kuro also gets a set of gloss black 19′-inch alloys with silver Brembo calipers tucked behind. Rounding up the exterior update are the rear matte black WRX badge and Kuro Limited Edition badge.

On the inside, the performance sedan carries over the Spec.R’s Recaro front seats but infuses it with silver highlights. Further ahead, the flat-bottom STI steering wheel has been upgraded with a motorsport-inspired ‘ultrasuede’ finish, and next to it the engine start push button now proudly wears the STI logo.

Elsewhere, its collector status is guaranteed with a numbered ‘Kuro’ limited edition build plate in the centre console.

Power continues to come from the same 2.5-litre turbocharged petrol four-cylinder boxer engine found in the regular WRX STI models. Belting out 221kW at 6000rpm and 407Nm at 4000rpm, the historied rally icon drives all four wheels through a six-speed manual without an auto option and is good for a 0-100km/h sprint time of just 5.2 seconds.

While the world awaits eagerly for the next-generation WRX STI, rumored to arrive sometime in 2021, the Kuro limited edition will be tasked to keep the fire burning for the 5-year-old WRX and STI range. Sales of WRX and STI models in Australia have dropped by 57 per cent thus far this year, from 1350 units in 2018 to just 578. 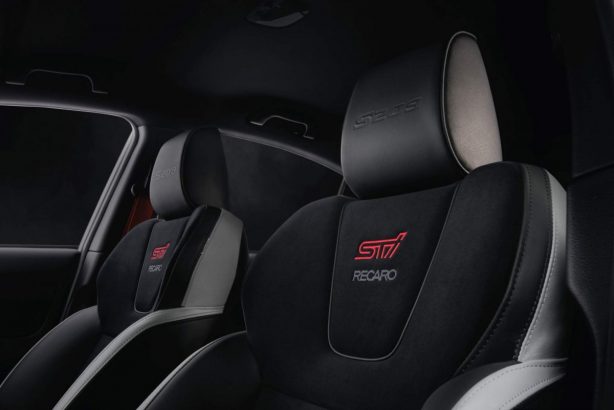