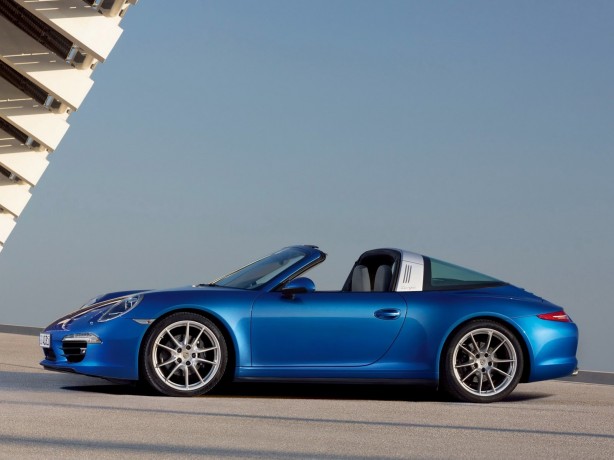 Check out this extremely clever roof folding mechanism for the new Porsche 911 Targa. While this modern Targa may hark back to its predecessors from the 1970s in terms of styling, its state of the art roof storage mechanism is one of the most ingenious we’ve come across.

Unlike the old fashion Targa roof that needs to be removed and stowed manually, the new 911 Targa’s entire rear glass assembly rises into the air, allowing the roof panel above the passenger compartment to slide backwards through a small opening in the B-pillars and into the rear hatch behind the rear seats – all in a matter of seconds!

The 911 Targa sits between the traditional Coupe and Convertible in Porsche’s 911 lineup. It is offered exclusively with all-wheel drive featuring a wider rear track and body and two engine variants – a 3.4-litre flat-six with 257kW (345hp) in the 911 Targa 4 and a 3.8-litre boxer engine developing 295kW (395hp) in the 911 Targa 4S.