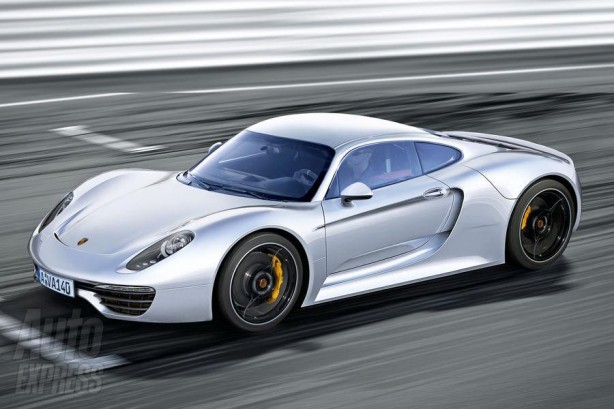 Porsche is preparing a new arsenal in its quest to go head on with the more established brands in the supercar arena. Although the 911 is a supremely capable car, it is just not in the league of the more exotic Ferrari 458 Italia or the McLaren MP4-12C.

To get on the radar of target audiences of those cars, Porsche is working on a new V8 powered, mid-engine supercar, designed to sit between the 911 and the stratospherically expensive 918 Spyder Hybrid.

According to our source in the UK, the new car will form the performance benchmark for the Porsche range and priced at around £170,000, which is within the price bracket of the Ferrari 458 Italia and McLaren MP4-12C.

Some in the know has also reported that the new Porsche will be called the 961, to separate it from Porsche’s other models, including the 918 Spyder.

The badge is synonymous with Porsche’s race car built in 1986, based on the 959 supercar. It was designed to compete in Group B sport car racing but only one example was ever built before the Group B class was axed.

As you can see from the exclusive renderings, courtesy of AutoExpress, the car can’t be anything else but a Porsche, with inspiration drawn from the 918 RSR Hybrid race car, as well as other models within Porsche. 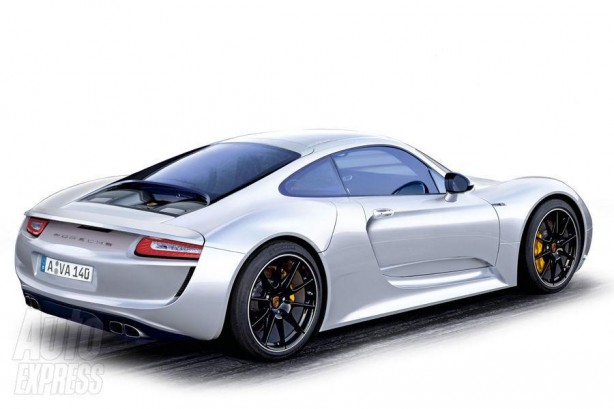 The front end wears a traditional 911 style snout while there is a hint of the Cayman coupé in its rump. Like the Audi R8, the engine will also be visible.

The car will sit on an extended platform shared with the 911. The car is expected to be engineered and constructed extensively from lightweight material, including a stiff and light carbon fibre monocoque chassis, similar to that of the MP4-12C. The body panels will make use of both carbon fibre and aluminium.

The newcomer will debut as a coupé, with a roadster version possibly down the line. Not much has been revealed on the car’s powertrain except that it will have a V8 engine. To square off against its rivals, it will need around 448kW. We expect the V8 to be a detuned version of the 3.4-litre unit found in the RS Spyder race car.

The new Porsche supercar will hit showrooms possibly as early as 2013.