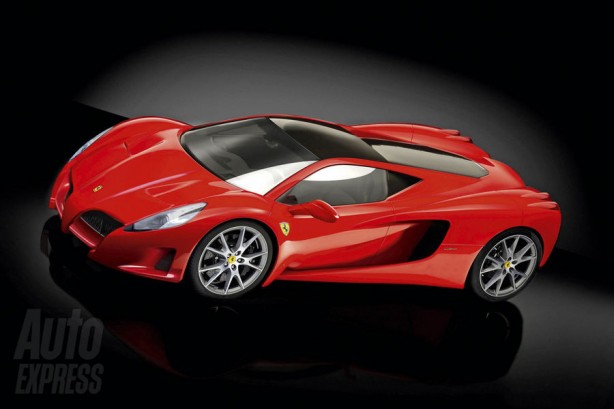 In recent years, Ferrari has been struggling to get on the podium, both on the F1 track as well as on the road. Renault had been popping the corks on the champagne bottles on the grid for the past two years. Ferrari has also lost the bragging rights to the fastest road car, that accolade goes to Bugatti.

It is therefore easy to see why Ferrari is keen to re-establish itself as the ultimate exotic car maker. To propel itself back to the forefront of cutting edge technology, it will need something quicker and more focused than the company’s last ultimate supercar, the Enzo. It will also need to be smaller, lighter and more fuel efficient too.

Well, our source suggests that Ferrari is working on just such a car! Codenamed the F70, the new lightweight hypercar will embody all of the above design criteria and draw upon knowledge gathered from the FXX scheme. For those who are uninitiated, under the FXX programme, invited customers buy a pumped-up and stripped-out version of the Enzo for £1.5million. The car stays at Ferrari’s factory. Customers are allowed to drive their purchases only on approved track days. Afterwards, they briefed Ferrari on possible improvements.

The F70 will be Ferrari’s ultimate, most advanced road car. Its sight is set on rivals including the Bugatti Veyron and Lamborghini Reventón. Our striking renderings, courtesy of AutoExpress, show how such a model could look.

Rumours suggest that the newcomer will be powered by a twin-turbo V8, the first turbo application on a production Ferrari since the 1987 F40. 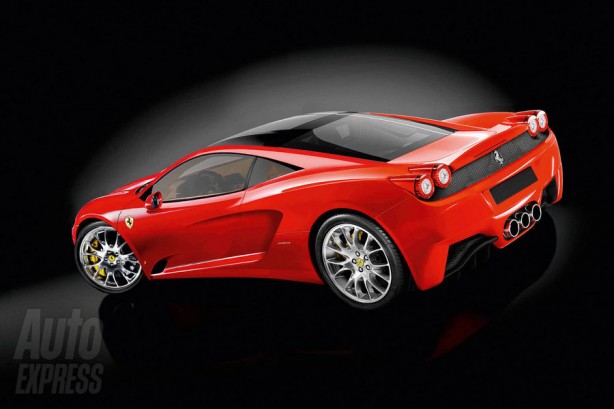 The inspiration behind the F70 is the Millechilli Concept from 2007. Although little more than a fibreglass model, the Millechilli illustrated Ferrari’s direction in increasing the performance of future models not by elevating power, but by managing weight. Milliechilli in Italian means 1,000kg. It’s an ambitious target for the F70’s kerb weight – a full 365kg less than the Enzo.

Like Porsche’s upcoming rival to the McLaren MP4-12C, the F70 will build on Ferrari’s F1 experience with an overhauled and shrunken tub and carbon fibre body panels to reduce weight. In addition, carbon-ceramic brakes and a stripped-out cabin will ensure the F70 to be feather light.

Couple these with a new cutting edge direct-injection twin-turbo V8 that produces the same power as the Enzo’s 492kW V12, the F70 should dash from 0 – 100km/h in a mere 3 seconds and on to a top speed in excess of 370km/h.

A twin-turbo V6 is also on the cards, to replace the 458 Italia and California’s V8s. However, this won’t see the day of light until engineers have eliminated turbo lag altogether to give the instant response for which Ferrari’s naturally aspirated cars are famous for.

One option being considered is electric or hybrid chargers. These use a small electric motor to spool the turbos up to operating speeds much faster than in a conventional set-up, where exhaust gas has to be recirculated. The result is a virtual elimination of turbo lag and a linear power delivery.

The F70 will be strictly limited to a production run of just 399 units, sticking to Ferrari’s philosophy of always building one less car than you think you can sell! However, like the FXX programme, entry to F70 ownership is by invitation only! The main difference being customers can actually park the car in their own garage after parting with an expected £600,000 asking price when the car goes on sale next year.