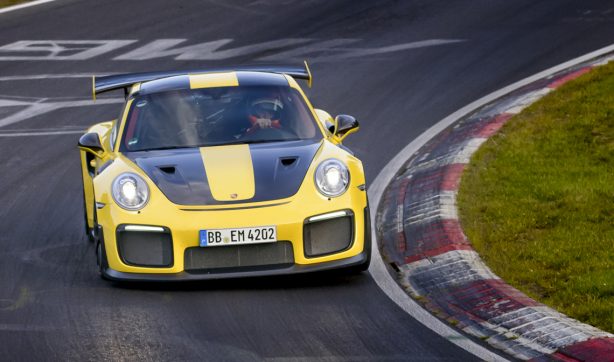 Recorded and officially timed on September 20th, the record smashing lap stopped the watch at 6:47.3 minutes, the fastest lap time for a volume production sports car.

The team at Porsche say the lap record has even surpassed internal expectations. Frank-Steffen Walliser, Head of Motorsport and GT Cars for Porsche AG, said “At the start of the development process, we set ourselves a lap time target for the GT2 RS of less than 7 minutes and 5 seconds. The credit for beating this target by 17.7 seconds goes to our development engineers, mechanics and drivers, who demonstrated an exceptionally strong team performance. This result makes it official: The GT2 RS is not only the most powerful, but also the fastest 911 model ever built.” 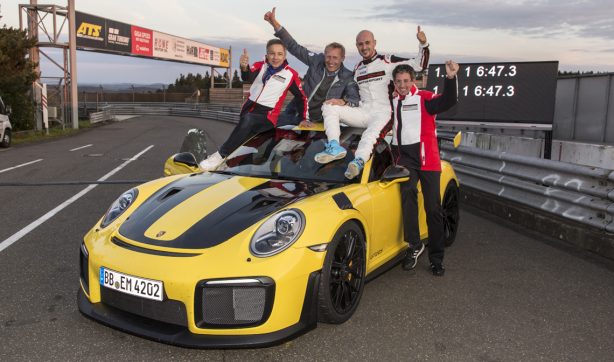 The record lap was not just a single occurrence: Lars Kern of Germany and Nick Tandy from Great Britain broke the previous record for street legal sports cars (6:52.01 minutes) immediately and proceeded to lap the track in under 6:50 minutes on five separate laps. Andreas Preuninger, Director of the GT model line, stated, “It’s not just the record time achieved by the GT2 RS that demonstrates the vehicle’s caliber, but also the consistency of performance in every lap. We’re particularly proud of the fact that this was achieved with two different vehicles and two different drivers, as it underscores the ability of the GT2 RS to reproduce the record over and over again.”

Lars Kern, Porsche test driver by trade and a passionate race car driver in his own right, was the one to set the fastest final time. In addition to the Carrera Cup Australia, Kern regularly competes in the German VLN endurance racing championship on the Nürburgring and knows the Nordschleife like the back of his hand. The ultimate record lap began under ideal track conditions at 7:11 p.m. local time and ended 6:47.3 minutes later.

The Porsche GT2 RS comes with a stripped-out interior, lots of carbon fibre and a two-toned colour scheme of predominantly black combined with red accents, including the headlining. Power comes from an uprated 3.8-litre twin-turbo flat-six engine packing 522kW and 722Nm. It’s matched exclusively with a PDK transmission, which propels the car from 0-100km/h in 2.9 seconds before hitting a top speed of 341km/h.