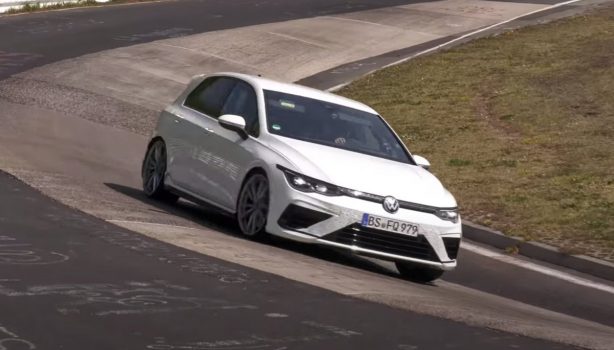 Earlier this year we got to see spy photos of the 2021 Volkswagen Golf R winter testing in the wild almost fully undisguised, but there’s only that much excitement from static photos. Now a new video has captured the hot hatch pounding hard on the Nurburgring. Watch the video after the jump for all the action.

The new Golf R certainly looks quick around the world famous test track, but there seems to be a lack of noise and drama. As the video was recorded from a distance away, we’ll leave our judgement until the production car is revealed later this year. 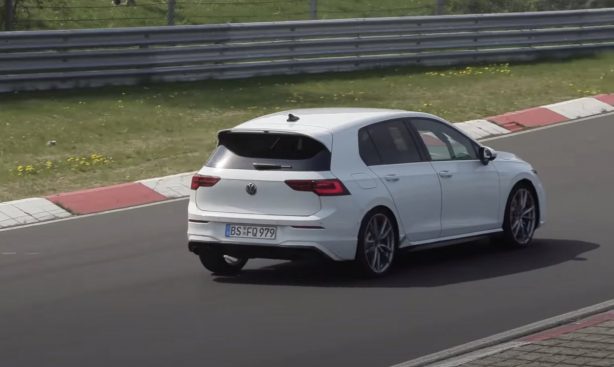 As for looks, the new Golf R is once again an evolution of the current design, with all the R trademarks retained including the large corner air intake in the front bumper, deep rear diffuser, quad exhaust tips and prominent rear roof spoiler.

Official technical specification has yet to be released, but we can expect the new Golf R to boast an uprated 2.0-litre 4-cylinder turbocharged petrol engine that develops a potent 244kW (333 hp). The turbo four will be paired with VW’s 4Motion all-wheel drive and DSG dual clutch gearbox. The sprint from 0 to 100km/h is speculated to take just 4.6 seconds, en route to a top speed of 270km/h.