Next Generation Bugatti Veyron to Debut in 2013 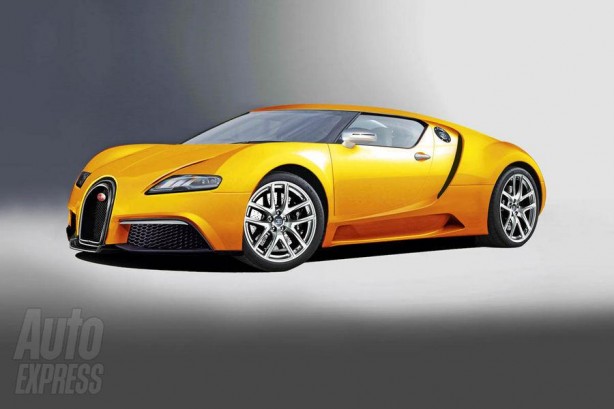 The world’s meanest supercar is about to get a lot meaner! Our source at Auto Express were told the quicker and lighter new Bugatti Veyron has been given the go ahead.

Like the Lexus LF-A, VW group looses money on every one of the 480 Veyrons sold in the last 5 years. However, the profile that the car brought to the company has been worth a whole lot more than that. It is exactly this reason that the business case for the new car has been approved.

VW chairman, Martin Winterkorn has recently said: “After 300 Bugattis, I believe we would be poorly advised if we were to allow that brand to become dormant again.”

The new Veyron’s design will be evolutionary rather than revolutionary, with Bugatti keen on keeping the car’s familiar silhouette intact. Similarities include blacked-out A-pillars creating a wrap around screen, a ‘floating’ roof that curves around to form the side air intakes, and one-piece rear light assemblies. The car will also feature a smooth roof surface to give better aerodynamics, perforated with ducts to aid cooling.

An insider has also revealed that the new model could take its inspiration from a design proposal for the original Veyron penned by Walter de’Silva, VW Group’s current head of design, back in 1999. The prototype did not get to see the day of light as it was beaten to the punch by Hartmut Warkuss’ 18/4 Veyron concept displayed at the 1999 Tokyo Motor Show. 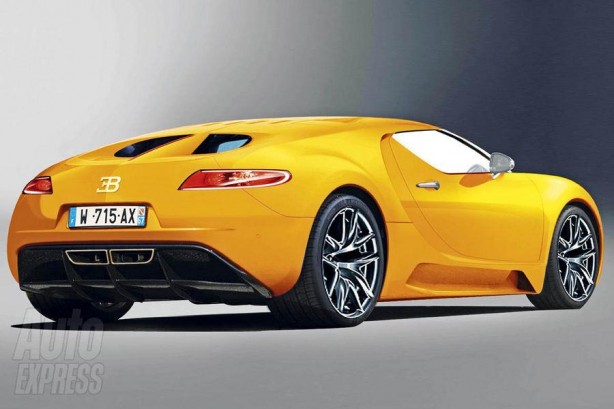 Under the bold lines, the Bugatti is likely to employ the existing monstrous quad-turbo 8-litre W16 engine and 7-speed twin-clutch gearbox, tweaked for better efficiency. Power output will closely match the Super Sport’s figures – around 895kW and 1,500Nm of torque. With a lighter body at 1,838kg, performance is expected to be even more outrages than the current car, with an expected 0 -100km/h of less than 2.5 seconds.

Bugatti will make use of resources available in the vast VW Group to keep weight down. Sister company, Lamborghini’s know how in carbon composite material, as showed case in the Sesto Elemento, will form the basis of the new Veyron’s bodywork, much of the interior trim and the monocoque chassis. It is cheaper and quicker to make than carbon fibre.

Together with lightweight alloys and thinner but stronger glass, the kerb weight of the new Veyron will be around 100kg lighter, contributing to better efficiency and handling. In the mean time, many parts will be carried over from the current Veyron to drastically reduce development time and reign in costs. Nevertheless, VW is unlikely to make any profit on the car still, but it isn’t a major concern. Speaking exclusively to Auto Express, Dr Franz-Josef Paefgen, former Bentley and Bugatti boss, explained why: “It costs far more money to compete in a season of F1 than to run Bugatti.”

Expect the new Bugatti Veyron to debut sometime in 2013 before it goes on sale the following year. Price? Don’t expect it to be cheaper than the current Veyron!