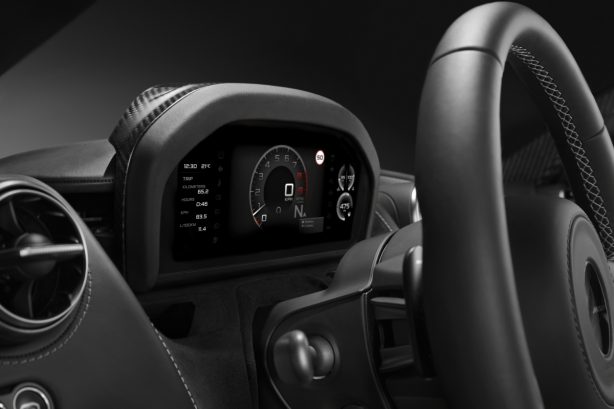 McLaren has dropped another teaser of its upcoming second-generation Super Series model; this time a video introducing the car’s Folding Driver Display.

In ‘Full Display’ mode, the display simply functions like a conventional digital instrument cluster, where the full-colour TFT-LCD screen displays the usual driving information. There is one display for each of the driving modes (Comfort, Sport or Track) that the driver can cycle through. 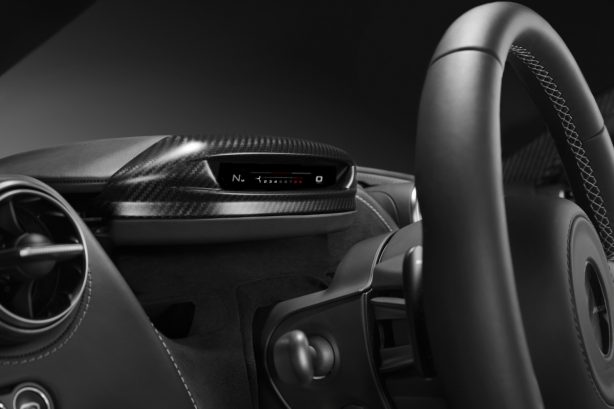 In ‘Slim Display’ mode however, the display folds forward to show only essential information in a thinner display strip to reduce distractions and provide a clearer view of the road ahead. This mode is activated via a button or deployed automatically when paired to the car’s active dynamics functionality.

The Folding Driver Display is part of the new model’s McLaren Driver Interface, with an 8-inch vertical touchscreen that controls the audio, media, navigation and other convenience features forming the other.

The second-generation Super Series – expected to be called the 720S – will make its official debut at the Geneva Motor Show.