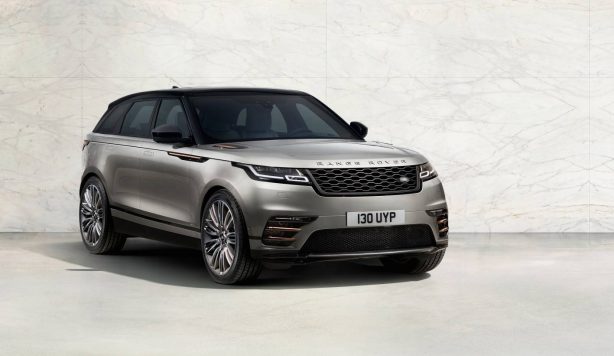 The new car is named after Range Rover’s first prototypes of the 1960s and is a close cousin of the Jaguar F-Pace, sharing the same car-based aluminium-intensive IQ platform as the Jag. That means the Velar will emphasise handling and performance rather than off-road abilities. 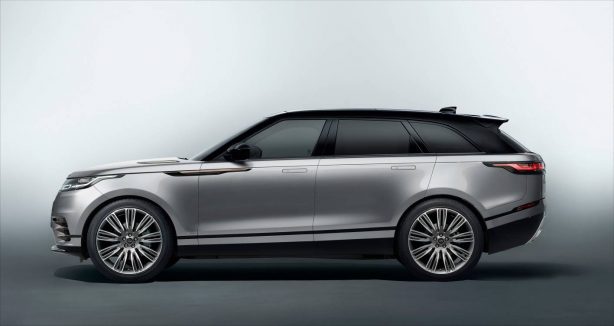 Land Rover says the Velar promises new levels of luxury, refinement and all-terrain capability never before seen in class, heralding it as a new type of Range Rover for a new type of customer.

Created from a clean sheet using Jaguar Land Rover’s Lightweight Aluminium Architecture, the Velar is said to represent the next chapter of the Range Rover journey. The SUV maker says the Velar is defined by a visually reductive approach and meticulous attention to precision in every detail, which evolves Range Rover DNA and previews the next generation of Range Rover vehicles. 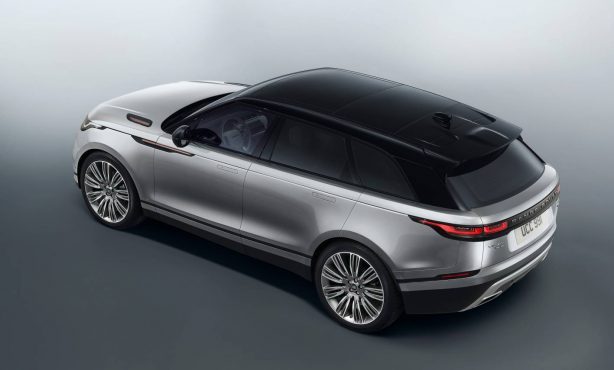 Shown here shod on 22-inch wheels, the Range Rover Velar features full-LED headlights that are the most slender ever to appear on a production Land Rover vehicle. The flush deployable door handles – a first for a Land Rover model – emphasise the Velar’s reductive, sculptured form, and contribute to the low drag coefficient of only 0.32 – the most aerodynamically-efficient Land Rover ever produced.

At the rear, the LED taillights echo the sophistication of the headlights with a striking 3D appearance. They are complemented by a full-length high-level stop-lamp, hidden-until-lit and with a clear lens. It uses light-guide technology with integrated micro-optics to create smooth, homogeneous light. 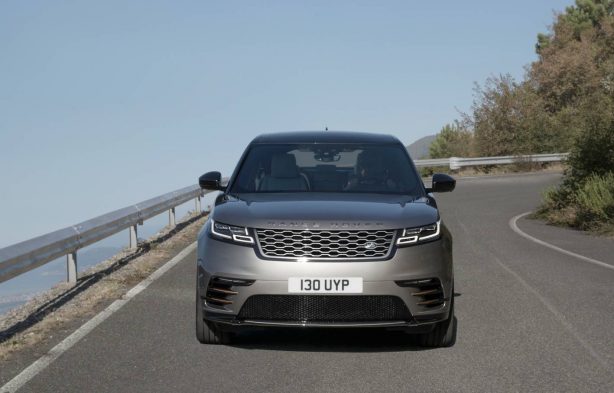 For the an even more premium appearance, a new Flux Silver satin paint finish is available exclusively for the limited First Edition model from Jaguar Land Rover’s Special Vehicle Operations (SVO) division. The advanced paint features a vacuum-metallised pigment to enhance the effect of both light and shade over the Velar’s elegant, svelte form. 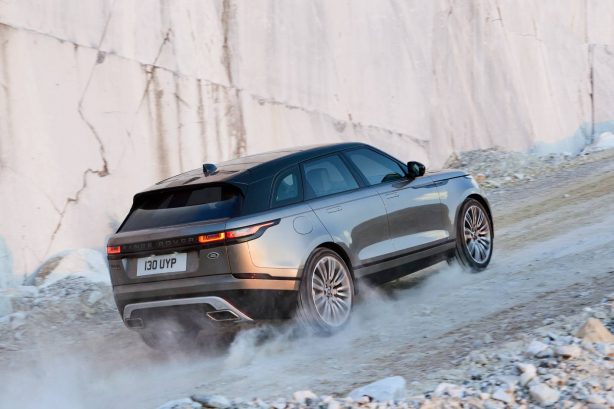 Eight distinctive wheel designs ranging from 18- to 22-inches with a choice of four finishes are available. Standard models are supplied with 18-inch alloy wheels as standard, while S upgrades to a 19-inch, SE to 20-inch and HSE 21-inch. First Edition models come standard with exclusive 22-inch alloy wheels.

Mirroring the taut, uncluttered and sleek exterior design, the interior embraces the latest technology with a renewed focus on luxury materials, exquisite detailing, and refinement. But the showpiece is the two high-definition 10-inch touchscreens of the new Touch Pro Duo infotainment system. Integrating the Terrain Response and Terrain Response 2 controls into Touch Pro Duo eliminates the traditional dial and hard buttons, creating extra space in the centre console and further emphasising the visually-reductive approach that drives every aspect of the Velar’s design. 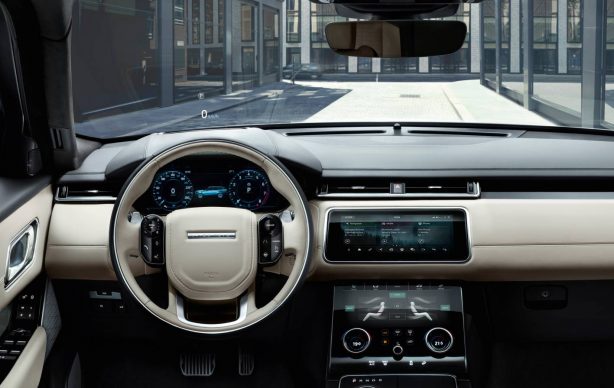 In front of the driver are twin-analogue dials with a 5-inch TFT display between them, or, as standard from SE specification and above, a 12.3-inch fully customisable digital display that serves up various driving information including a full-map view.

Power comes from three petrol and three diesel engines, all turbocharged. The range of Ingenium powertrains are as follows:

All powertrains are matched to an eight-speed ZF automatic transmission.

The all-new Range Rover Velar is now available for order from Land Rover dealerships across Australia with first delivery expected in mid 2017. Prices range from $70,300 – $135,400 before on-roads, while the Velar First Edition launch model is priced from $167,600 plus ORCs.