Mercedes-Benz has released a new video which gives a sneak peek at the all-new 2014 S-Class, scheduled for launch this week in Hamburg, Germany.

From the spy photos and leak brochure we obtained so far, the new S-Class range will start with the S350 BlueTEC powered by a 3.0-litre V6 diesel engine developing 190 kW and a massive 620Nm of torque, translating to a 0-100 km/h time of 6.8 seconds and a limited top speed of 250 km/h. 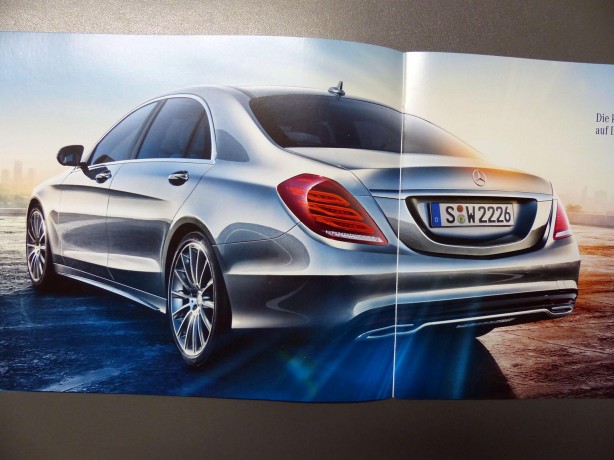 The new 2014 S-Class is sleeker and seemed to have taken inspiration from the now dead Maybach limousine, especially at the back. It features a larger front grille and LED headlights at the front. In profile, the two character lines are a little more subtle compared to recent products from the company. The rear lights have also received distinctive stylised LED treatment, while the chrome exhaust pipes are now slimmer and integrate neatly into the lower bumper.

Stay tuned as we reveal more details of the all-new 2014 Mercedes-Benz S-Class when it debuts on the 15 of May.