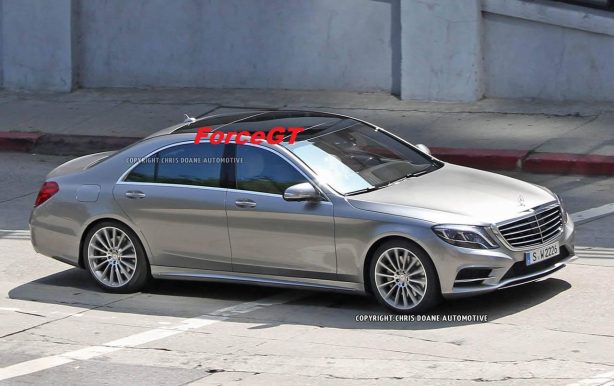 The 2014 Mercedes-Benz S-Class has been spied without its camouflage. Set to be officially revealed on 15 May in Hamburg, Germany, the all-new S-Class is sleeker and seemed to have taken inspiration from the now dead Maybach limousine, especially at the back.

Mercedes-Benz’s flagship looks considerably more regal than the outgoing car, featuring a large front grille and LED headlights at the front. In profile, the two character lines are a little more subtle compared to recent products from the company. The rear lights have also received distinctive stylised LED treatment, while the chrome exhaust pipes are now slimmer and integrate neatly into the lower bumper. 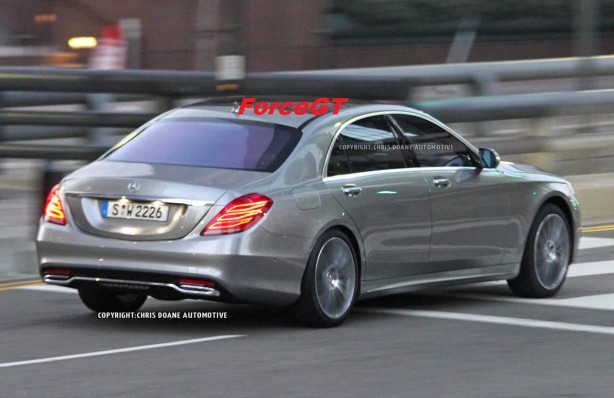 The Mercedes-Benz S-Class has traditionally been a technological tour de force and the latest is no exception. It will have active seat belts which are power-deployable and work together with the PRE-SAFE system for automatic tensioning before an imminent collision.

It will also feature Mercedes-Benz’s Magic Body Control which takes adaptive suspensions to the next level. It uses a camera to scan for road imperfections and adjusts the suspension damping accordingly to compensate, ensuring a carpet smooth ride. 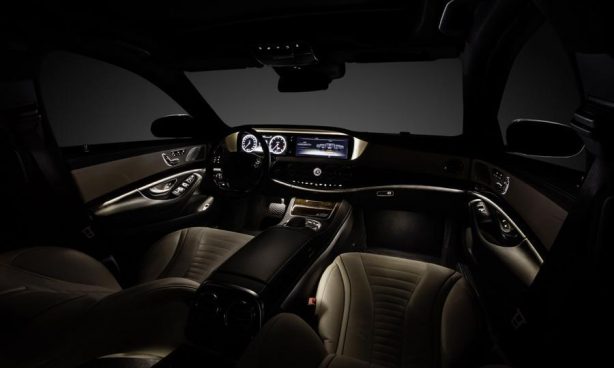 As you can see from the official interior photos, the cabin is luxuriously appointed, with ambient LED lighting, a wood/leather steering wheel and a high-end 1500-watt Burmester system with 3D sound effect. Most of the car’s infotainment system will be control via the car’s Intel Atom processor powered COMAND system and 12.3-inch high definition screen. Soft-close doors and illuminated door sill plates will also be available.

Owners could also choose from a wide ranging optional equipment list, including a surround view camera, heated and ventilated seats, rear seat entertainment system, six different colours for the Nappa leather and design leather seats and an Air Balance Package which filters and ionizes the air and dispenses perfume. 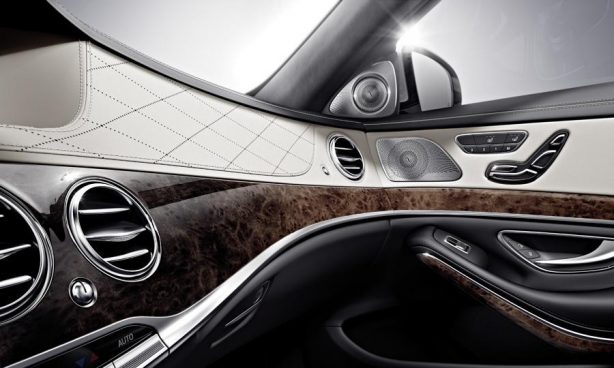 There are eleven exterior colours for the new S-Class, including three new colours – Anthracite Blue, Ruby Black and Diamond Silver.

The standard S-Class you see here will go on sale in the 2nd half of 2013, followed by the S550 4MATIC in October and the S63 AMG 4MATIC a month later. A long wheelbase variant is also in the pipeline.

The addition of two new variants featuring the same feisty turbocharged 2.0-litre engine as the …