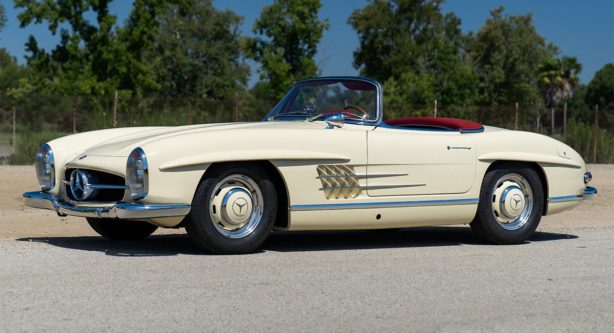 First, a confession. I don’t usually pay much attention to older vehicles, as I can’t see the point in owning or driving an outdated piece of technology but there’s one exception – the iconic Mercedes-Benz 300 SL Roadster.

This 1961 example, just one of around 270 fitted with disc brakes and an iron-block engine before Mercedes-Benz replaced it with an alloy-block, is up for grabs, with the auction house expecting it to sell for the above price. 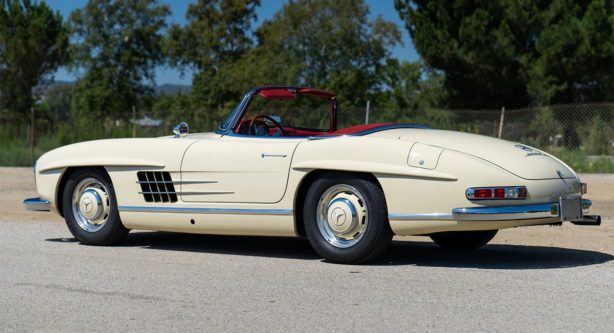 It was one of two SL’s owned by a postwar Mercedes collector which bought the cars in 1993 for his sons.

According to the auction listing, the car has never been fully restored but has been “religiously maintained”, including being maintained, repaired and serviced by the well-respected Paul Russell and Company. 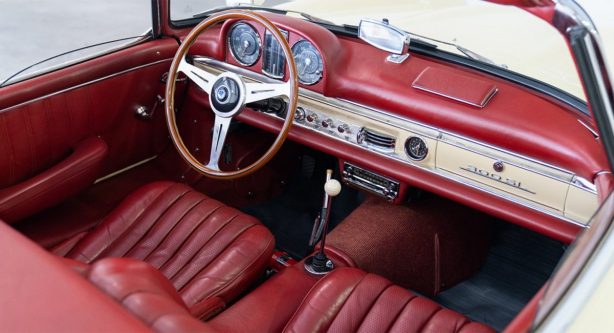 The car was originally finished in White Gray, but the seller repainted it to a “period-appropriate” Ivory you see here. A new navy blue soft top has also been retrofitted to the car replacing the original hardtop, which will be included in the sale.

Inside, the blazing red leather interior complements an ivory-coloured dashboard and shift knob, along with the classic three-spoke wooden rim steering wheel.