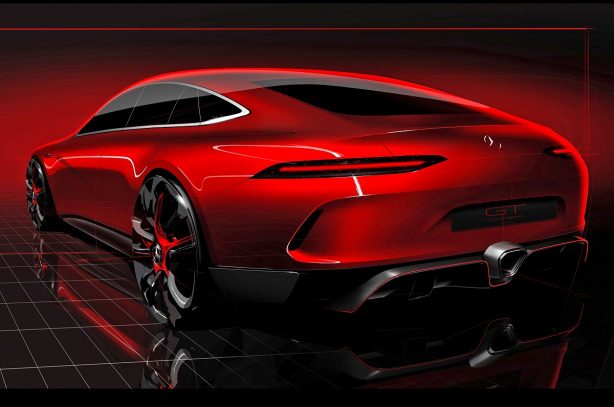 Sporting a pair of extra rear doors the concept retains the sleep roofline and slender taillights of its coupe sibling (below) but sports a new center exhaust tip integrated into a deeper rear diffuser. Being a concept sketch, those massive wheels filling entire wheel arches aren’t a surprise but the flushed door handles are something new that aren’t found in the production GT coupe.

Calling the Porsche Panamera, BMW M6 Gran Coupe and Audi RS7 as rivals, the four-door AMG GT fastback is likely to share the same drivetrain as the GT coupe. This means a twin-turbo 4.0-litre V8 with various states of tune ranging from 340kW to 430kW.

Mercedes is also expected to add a twin-turbo V6 to a lesser model to compete against the BMW 6 Series Gran Coupe and Audi S7.

The Mercedes-AMG GT four door concept will be unveiled in Geneva. Full details to follow. 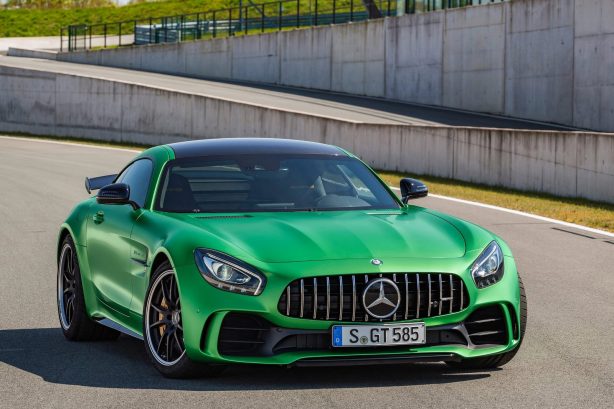