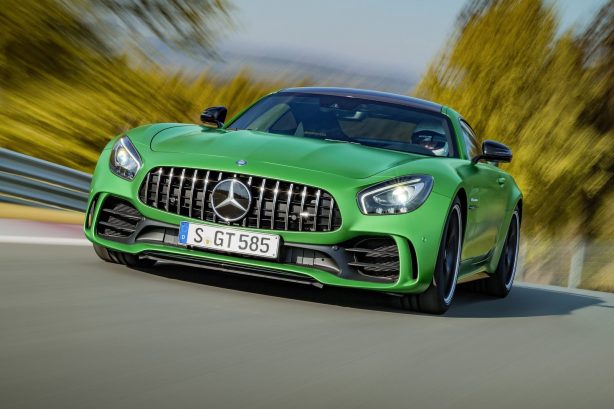 Mercedes has announced Australian pricing for the most hardcore version of its AMG GT range. Due to be launched in July 2017, the Mercedes-AMG GT R will be priced from $349,000 excluding on-roads, putting it uncomfortably close to the Audi R8 and Porsche 911 Turbo.

The flagship Mercedes-AMG GT R has spent most of its formative years at the Nurburgring, hence it’s no surprise that this new flagship is built for the track. The wider front and rear fenders, larger air intakes in the front bumper and beefier side skirts all hint at the added performance under that long bonnet. 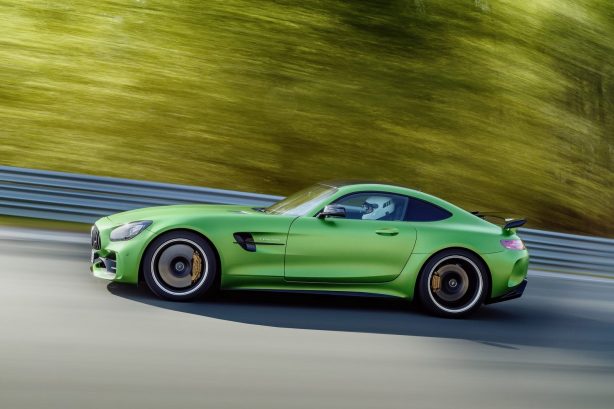 In place of the standard grille with a single horizontal bar across is a new AMG GT3 inspired grille with vertical bars slicing from top to bottom, lending to a more aggressive front fascia. At the back, the new rear bumper is punctured with side vents and a double diffuser.

Further setting the AMG GT R apart from its lesser siblings are the towering rear wing and that exclusive matte green paint job. 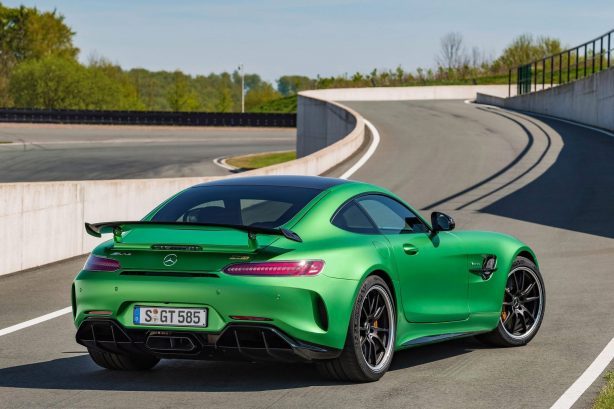 Sending power to the rear wheels is the familiar twin-turbo 4.0-litre V8 engine used on standard AMG GT models, but uprated in the GT R to serve up 430kW (577hp) and 700Nm (516 lb-ft) of torque. Matched with a seven-speed dual clutch transmission, the AMG GT R launches from zero to 100km/h in conservative prediction of 3.5 seconds, 0.3 of a second faster than the GT S. Top speed is said to be 318km/h, 8km/h more than the standard car.

Weight-saving measures imposed on the GT R means aluminium alloys are used for the chassis and body, magnesium for the front deck and carbon fibre for the front fenders, roof and torque tube between the engine and transmission. Mercedes has not release the official GT R’s weight figure but expect it to be lighter than the 1,540kg GT S. 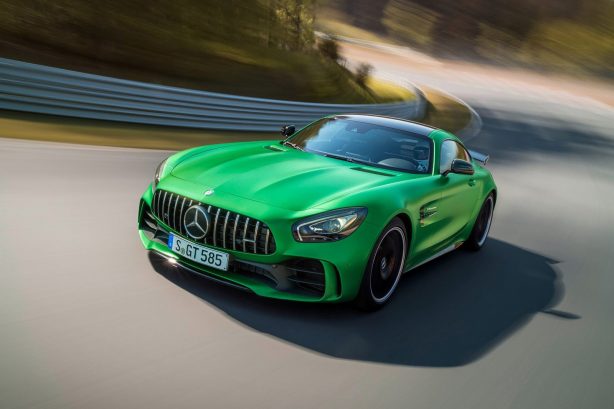 To sharpen handling even further, the GT R comes equipped with active rear-wheel steering to improve steering response. The system replaces the conventional rear control arms used in the standard car with two steer-by-wires electro-mechanical actuators. The setup is complemented with an AMG coil-over suspension tuned for track application. It allows personalised settings and ties in with AMG Ride Control and AMG Dynamic Select drive modes of Comfort, Sport and Sport Plus. Transferring power to the tarmac is a set of Michelin Pilot Sport Cup 2 tyres wrapped around 19-inch front and 20-inch rear 10-spoke wheels. 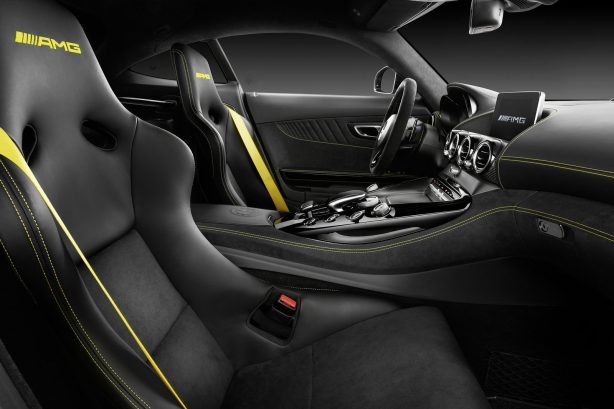 Final options and full specification will be announced closer to local launch.