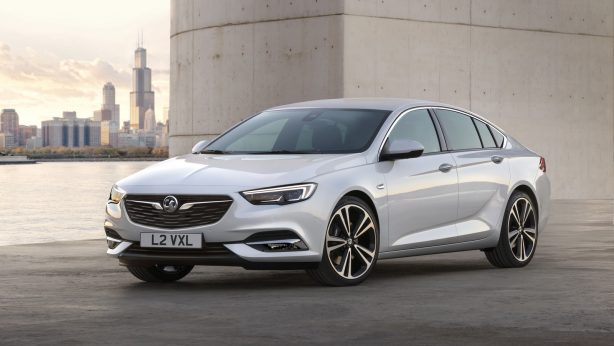 General Motors has taken the wraps off its new Insignia Grand Sport, which previews the next-generation 2018 Holden Commodore.

Seen here wearing a British market Vauxhall badge, the new Commodore is based on a new modular platform that only allows for more athletic proportions but also gives the new car a more spacious cabin and class-leading aerodynamics with a Cd figure of 0.26.

The imported Commodore will be smaller than the current homegrown model, sporting a sleek, coupe-like profile, yet only sacrifices 13mm in rear-seat headroom. 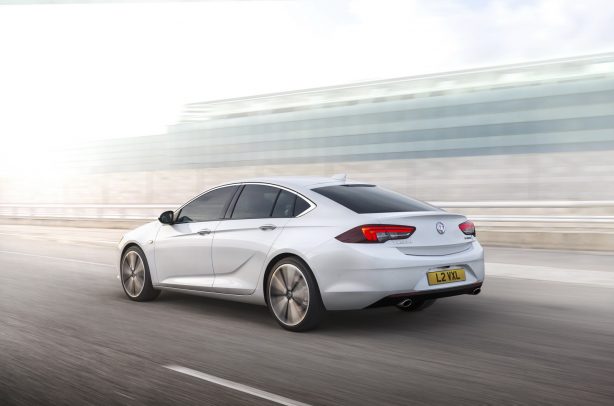 “It has a faster roofline, which is something I’ve always wanted to do with the Commodore,” said GM Australia Design Director, Richard Ferlazzo who was responsible for the iconic Holden Efigy concept car.

Under the stylish sheet metal are a range of latest technologies to push the model more upmarket, including GM’s IntelliLux LED matrix lighting – which made its debut on the new Holden Astra, Lane Keep Assist, Head-up Display and unique AGR-certified premium seats.

It isn’t clear at what the powertrain options are, but range-topping models are expected to use a 182kW 2.0-litre turbo petrol engines, while OPC/VXR variants will get the more powerful twin-turbo V6 churning out 230kW and 370Nm of torque dispensed to all four wheels via a 9-speed automatic transmission.

Opel has already confirmed there will be a high-riding, all-wheel drive Insignia ala Volkswagen Passat Alltrack that will wear the ‘Country Tourer’ badge. Expect Australia to get its own unique name when it arrives.

The 2018 Holden Commodore will arrive in local showrooms in February 2018.