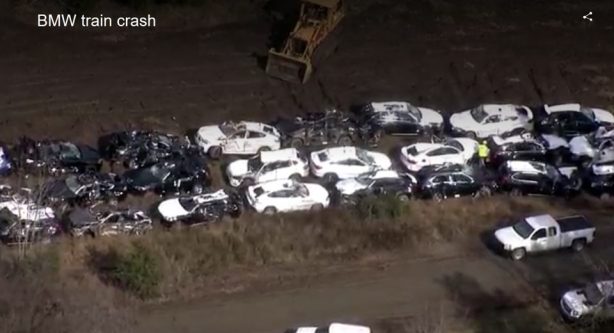 Look away if you are a car lover as this could be your worse nightmare! Around 120 brand new BMWs have been damaged when a car transporting train derailed in South Carolina recently.

According to BMW, the damaged vehicles include the X3, X4, X5 and X6 models which were headed from the carmaker’s production facility near Spartanburg to the Port of Charleston in the U.S. where they were to be exported internationally.

The train operator, Norfolk Southern, said it is still investigating the cause of the mishap but confirmed the tracks were damaged.