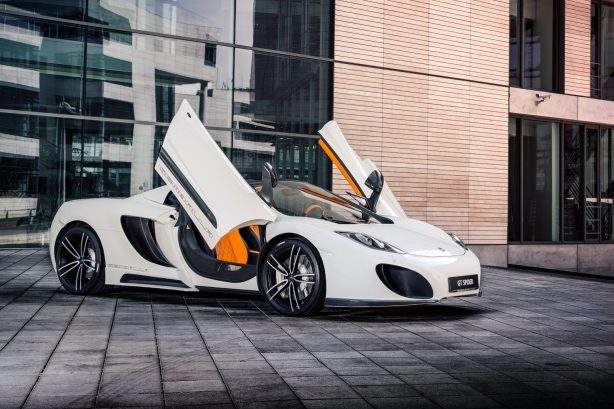 Many have accused the McLaren MP4-12C as being too timid and don’t offer the visual impact that other supercars do. However, I am a big fan of the 12C’s design. It has that understated look without being outrageous, like most recent Lamborghinis. 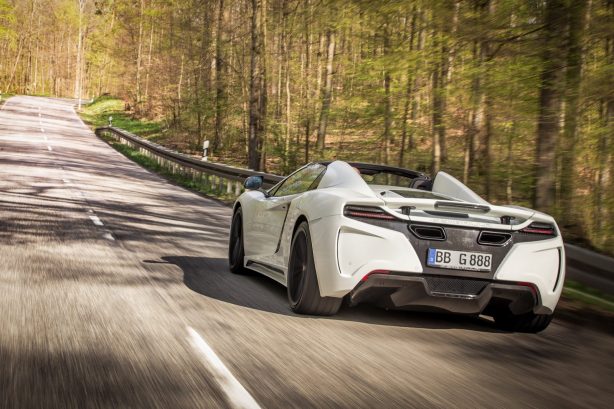 This magnificent example from German tuner, Gemballa, takes the MP4-12C Spyder’s styling to the next level, without being over the top. The modifications are subtle, yet provide a powerful impact. First announced at the 2013 Geneva Motor Show in March, the styling package is open for order for €19,980, excluding VAT taxes in the UK.

The German made aero package includes carbon fibre front and rear bumpers, side skirts and rear diffuser. For another €7,980, Gembella will throw in a set of 20 and 21-inch GForged-one alloy wheels that are finished either in Black Magic or Gunmetal. They are wrapped in high-performance Michelin Pilot Super Sport tyres measuring 245/30 ZR20 front and 305/25 ZR21 rear. 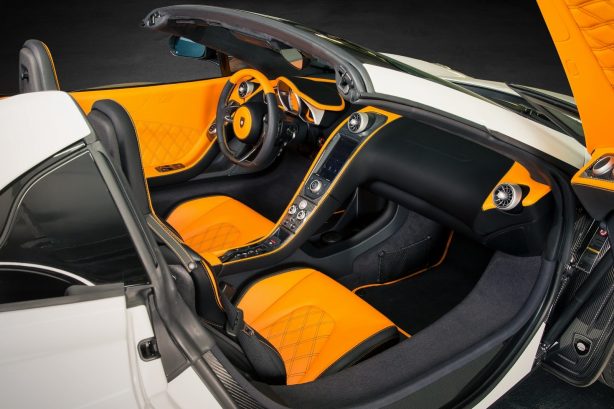