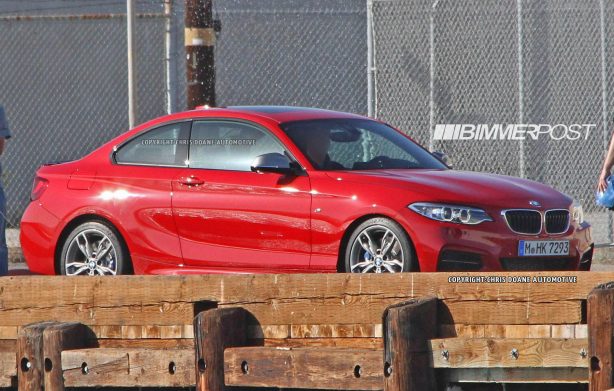 The highly-anticipated BMW 135i replacement, the BMW M235i, has been snapped virtually undisguised during what looks like a promotional photo shoot.

Based on the latest BMW 1 Series platform, the M235i’s evolutionary design looks much better proportioned than its predecessor’s. Happily, the coupé has also ditched the 1 Series hatch’s ‘angry bird’ headlights for a more slimline design. It also gets new bumpers and a revised grille. 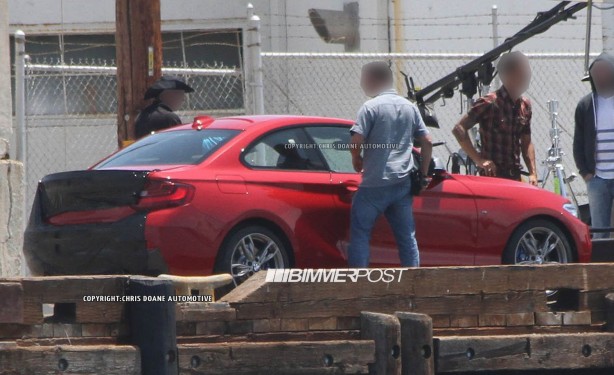 While none of the 2 Series’ body panels are shared with its hatch sibling, the car’s interior will be heavily influenced by the 1 Series hatch, with both likely to share the same basic dashboard design. Equipment wise, it’s likely to reflect the M135i’s with Alcantara cloth upholstery, a sport steering wheel and aluminium hexagon trim with Estoril Blue or high-gloss black accents. 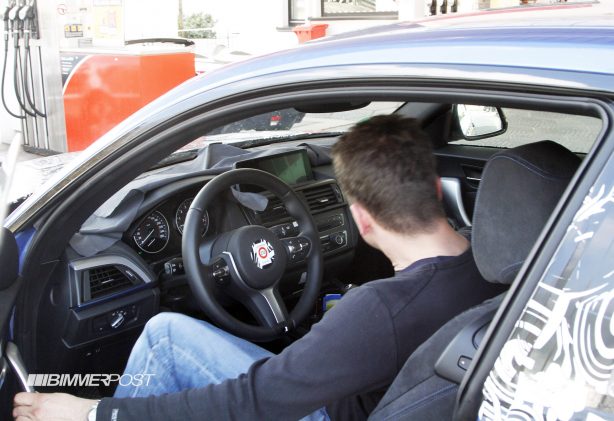 Underneath the new bonnet, the M235i is expected to also share the M135’s 235kW/450Nm 3.0-litre turbocharged straight-six engine. The engine propels the hatch from 0-100km/h in 4.9 seconds and we expect the coupé to be a few tenths faster.

With the car being prepped for a photo shoot, we can expect the official unveiling to be just around the corner. The BMW M235i is expected to hit production in November this year.