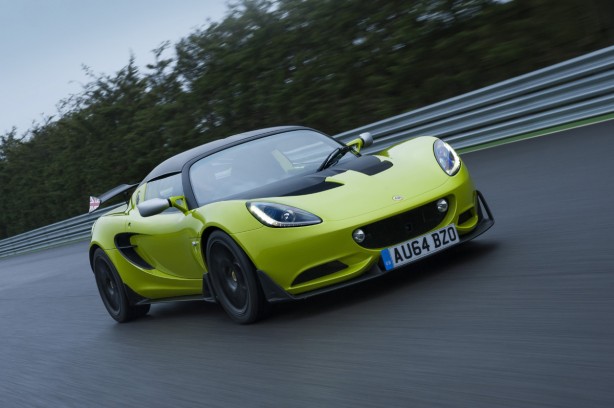 Lotus has introduced a milder version of its track-only Elise S Cup R – the Lotus Elise 220 Cup. Priced from $119,990 plus on-roads, the new model is said to narrow the gap between race car and road going supercar like no other.

To enable the transformation from race to road the car, the Elise 220 cup has gained just 19 kg over the feather weight 924kg of the racing car. This provides it with a 235 bhp/tonne power to weight ratio which, when combined with a new aero package that produces an additional 66kg of downforce at 160 km/h and 125 kg at its 225 km/h top speed, enables the Elise 220 Cup to clip 3 seconds from the best lap time of the Lotus test track achieved by the Elise S.

“The 220 Cup is derived from the racing car, not a development of the road car. This development track means the Lotus engineers took a racing car and made it road-legal, not taking a road car to make it ‘like a racing car’. The result is a car that has the steering response, suspension control, engine reaction and instantaneous braking power of a racing car along with the ability to be driven home after a superlative track day. Given its supercar performance and true race car ability, its price is exceptional, considering how much more would have to be spent with other car makers to even approach the driving experience offered by the Lotus Elise 220 Cup.” 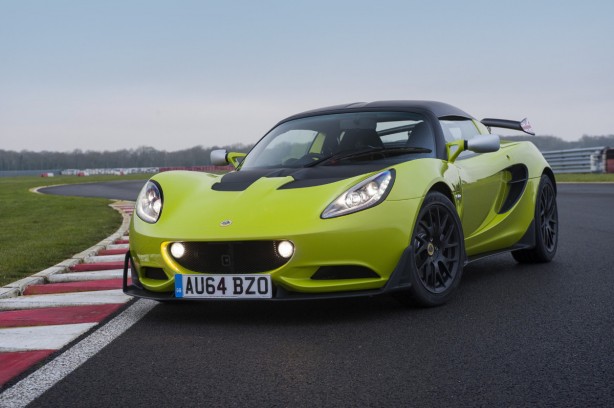 According to Lotus, to call the Elise 220 Cup ‘tamed’ would be wrong. While it is toned down from the Cup R model, it remains track-focused with the ability to drive home afterwards. Its purposeful aero package range from a front splitter, to its rear airflow diffuser. The lateral barge boards, fixed hardtop, engine cover, rollover hoop cover, side vanes and the rear wing are not only finished in black but also ‘shout’ racing car. Naturally, because it is a Lotus, the Elise 220 Cup features ‘zero-lift’ and the revised aero package increases downforce by 66kg 160kp/h, increasing to an impressive 125kg at V-max.

Underpinning every Elise 220 Cup is a low weight extruded, structurally rigid and bonded chassis-tub. It is claimed to allow the suspension to work most efficiently, to provide unparalleled grip, a comfortable ride and a dynamic balance. An electronic differential lock (EDL) helps to tame any over-exuberance, while Sport mode Dynamic Performance Management system enhances a track car for road intentions.