Koenigsegg One:1 unleashed – Has 1:1 power-to-weight ratio 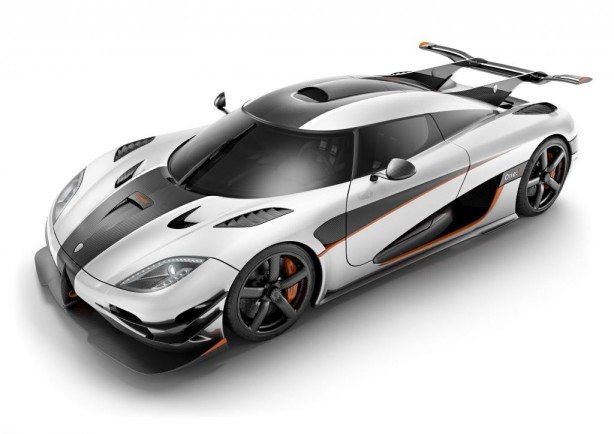 One of the most outrageous supercars has broken cover – the Koenigsegg One:1. Set to become the world’s fastest production car, its name is enough to tell you how special it is, as it has a 1:1 power-to-weight ratio! 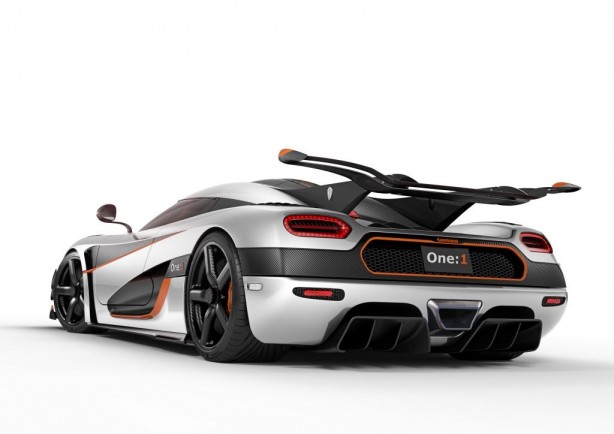 All this from a 5.0-litre aluminium V8 engine. Its peak torque is just as mind blowing, delivering 1,371Nm at 6,000rpm. A seven-speed dual-clutch transmission and an electronic differential are responsible for transferring power to the wheels.

Its engine is not only capable of running on normal petrol, but also on E85 biofuel as well as race fuel. 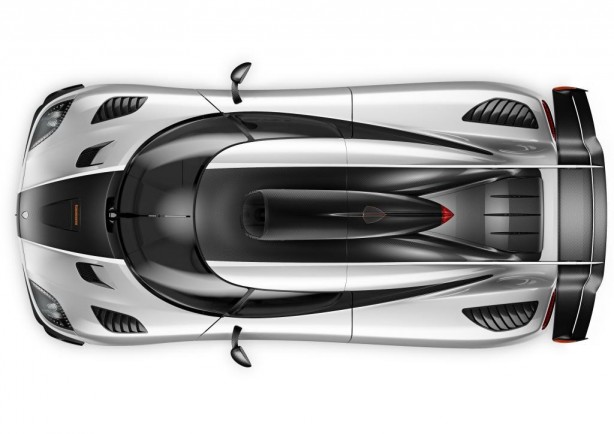 The One:1 will rocket from 0-400km/h in around 20 seconds and shaves off those speed in approximately 10 seconds. It requires just 28 metres to come to a halt from 100km/h.

The car rolls on 19-inch front and 20-inch rear carbon fibre wheels wrapped in bespoke Michelin Cup tyres which have a speed rating of 440km/h (273mph). Like the Agera R, the One:1 has a weight distribution of 44:56 front to rear.

Described by Koenigsegg as the “world’s first Megacar”, the One:1 is capable of generating 2 G of cornering G-force and has 610kg of down force at 260km/h (160mph) utilizing advanced active under and over body aerodynamics. It is equipped with independent left and right front flaps under front splitter and hydraulically actuated top mounted dual plane rear wing.

The car’s carbon chassis and body is 20% lighter thanks to the use of M46J and M55J high modulus fibres. 3G connection is not only used for telemetry, performance, lap times and software upgrades, but in conjunction with GPS to control the Predictive Active Chassis Aero Track Mode.

The Koenigsegg One:1 will bow in at the 84th Geneva Motor Show. Only six units will ever be built and all cars have been pre-sold.