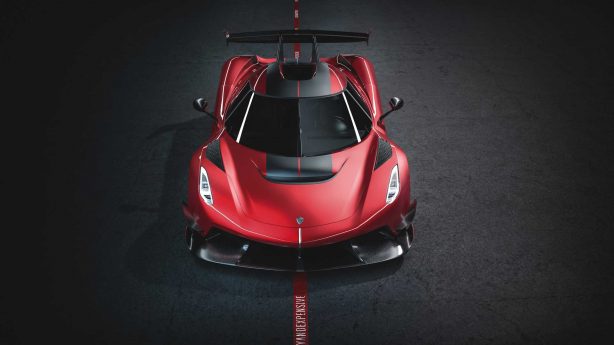 The Koenigsegg Jesko is one of the most extreme hypercars the world has ever seen. Launched in March this year, the Jesko replaces the now eight-year-old Agera, offering up more power, increased downforce, and even more cutting-edge technology than its predecessor.

With production not slated to start until the end of 2020 and only 125 units are going to be built, the Jesko has already been sold out. That’s despite the Jesko commanding a hefty price of around €2,350,000 ($6.5 million in Australia including various taxes). 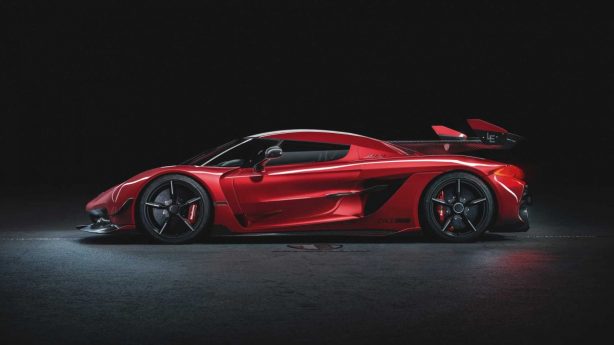 Not that the Jesko isn’t hardcore and exclusive enough, the tuner has managed to turn the heat up even more by customising the Jesko with a stunning livery and carbon fibre wheels measuring 20 inches at the front and 21 inches at the rear.

The already carbon fibre intensive body of the Swedish supercar gets a further dose of those lightweight materials, with numerous carbon fibre accents adorning the exterior. Though no details have been provided on the interior, expect more carbon fibre and Alcantara on the inside to lift things further.

Luxuryandexpensive has stopped short of fiddling the powertrain, but there’s no need to, as the Jesko is propelled by an absolute powerhouse of a 5.0-litre twin-turbocharged V8, which on premium unleaded fuel offers up a whopping 941kW. Fill it up at a pump with E85, however, and it’s capable of producing as much as an astonishing 1177kW and 1500Nm. Koenigsegg claims that when making full power, it should be able to achieve a top speed of at least 300mph – that, in kays, is over 480km/h.

While all 80 examples of the bonkers Koenigsegg Regera have already been sold, not all …