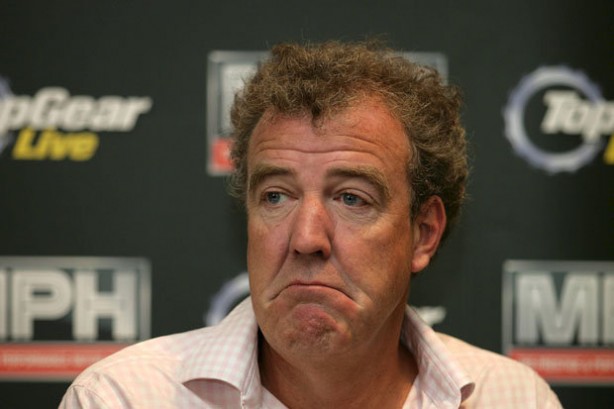 Opps, Jeremy has done it again! Only this time it’s more than a slap on his hand – the controversial Top Gear host has been suspended!

According to reports, Clarkson was suspended after an apparent “fracas” with one of Top Gear’s producers – Oisin Tymon. Jeremy reported lost his plot and punched Oisin after he failed to cater food for the crew after a day of shooting in Newcastle, in the north of England.

As a result, the BBC has suspended Clarkson immediately and the popular show pulled from air.

In BBC’s statement: “Following a fracas with a BBC producer, Jeremy Clarkson has been suspended pending an investigation. No one else has been suspended. Top Gear will not be broadcast this Sunday. We will be making no further comment at this time.”