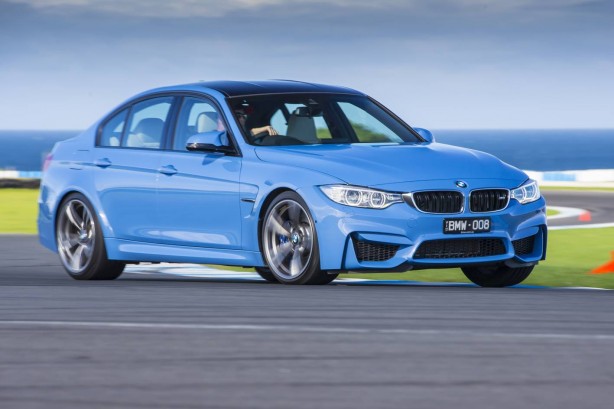 He bought a £50,000 BMW M3 Sedan from his local dealership in Kent, United Kingdom, who advertised the car as an executive driven ‘demo’ vehicle. Rob soon noticed the M3 had brakes that were constantly squeaking and the steering wheel made a clunking noise every time he came off the motorway.

About a month later, the IT Operations Manager was watching an old episode of Top Gear when his girl friend noticed the M3 being thrashed around on the screen by Jeremy Clarkson had the same number plate as Rob’s car!

Armed with the information, he went back to the dealership; “The dealers told me it was a mistake and the car should never have been sold as it was unfit for the road,” Rob told the media.

It seems his problematic M3 was eventually swapped with a 330d along with some “freebies”.

While we at ForceGT don’t punish our press cars as hard as the guys at Top Gear, or any other publication who need to drive the cars hard so they look good on camera, they are – admittedly – driven with little mechanical sympathy, or emotional attachment.

However, most press cars are actually serviced and checked every time they returned from loan and the likely hood of someone encountering Rob’s problem is relatively low. Still, we’d probably think twice before buying an ex-press vehicle.

Note: Car featured here is for illustrative purpose only. It is similar to the car mentioned in the article but not the exact model.