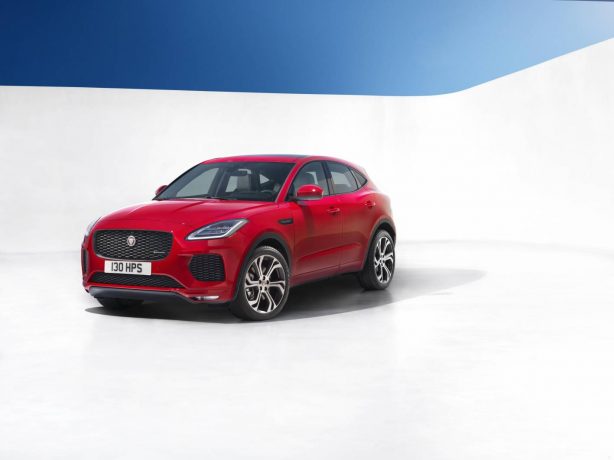 Joining Jaguar’s PACE family of performance SUVs, the E-PACE follows on from the successful F-PACE, which helped boost Jaguar’s sales by 83 per cent last year. Along the new E-PACE, the all-electric I-PACE Concept will go into production in 2018 to form the brand’s expanding SUV lineup.

Arriving Q2 2018, the new E-PACE will rival the BMW X1, Audi Q3, Mercedes-Benz GLA as well as the Range Rover Evoque from sister brand Land Rover. Indicative Australian pricing for the E-PACE is said to range from $48,000 to $85,000 plus on-road costs. 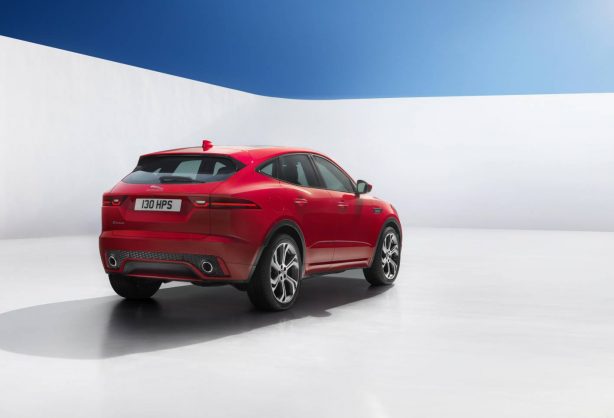 Like the F-PACE, the exterior design is inspired by the F-TYPE sports car and is characterised by the distinctive Jaguar grille, muscular proportions, short overhangs and powerful haunches. For an even more purposeful stance, optional 21-inch alloy wheels can be fitted and are the largest in class.

A range of 2.0-litre turbo petrol and diesel engines are available, paired with either a six-speed manual gearbox or a nine-speed automatic. The powertrains offered are as follows: 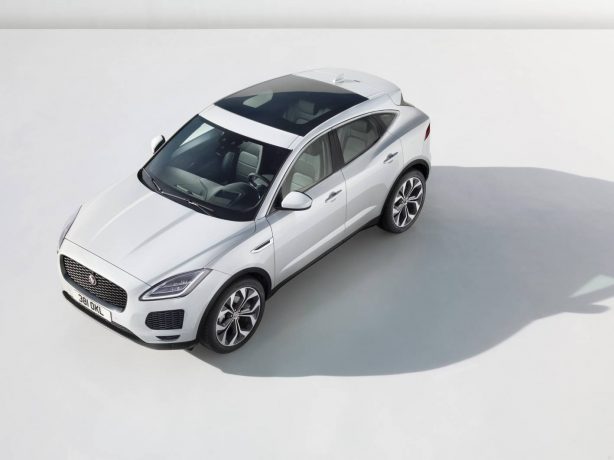 The Active Driveline AWD system can transfer almost all the engine torque to the rear axle in extreme conditions. Under standard conditions, the nominal torque split delivers a rear-wheel-drive driving feel. At the rear axle, two independent electronically-controlled wet-plate clutches distribute torque between the rear wheels, with the capability to direct 100 per cent of that torque to either rear wheel in 100 milliseconds (0.1 seconds).

During cruising, Active Driveline disengages the AWD system, sending power only to the front axle, increasing fuel efficiency. The system can re-engage AWD seamlessly within just 300 milliseconds (0.3 seconds) when a change in driving conditions is detected.

The E-PACE also offers a brake-based Torque Vectoring option that works with the car’s AWD system to support the driver in fast on-road cornering and enhanced traction in off-road conditions. 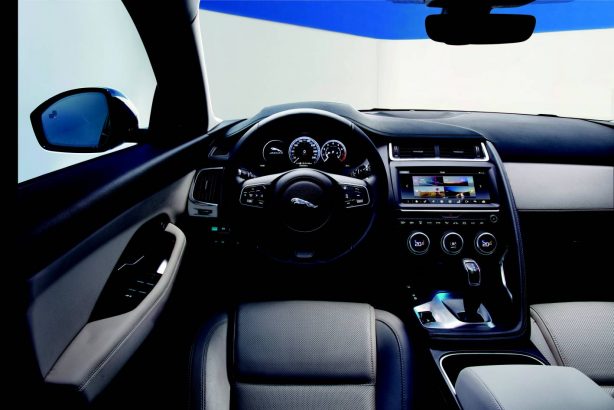 Every E-PACE features the latest generation of Jaguar’s Touch Pro infotainment system with a 10-inch touchscreen interface as standard. An optional 12.3-inch panel and choice of two premium audio systems developed with Meridian, including a 825W Surround Sound system with 15 speakers, are also available.

The E-PACE will be produced at Jaguar Land Rover’s manufacturing facilities in the UK and Austria.