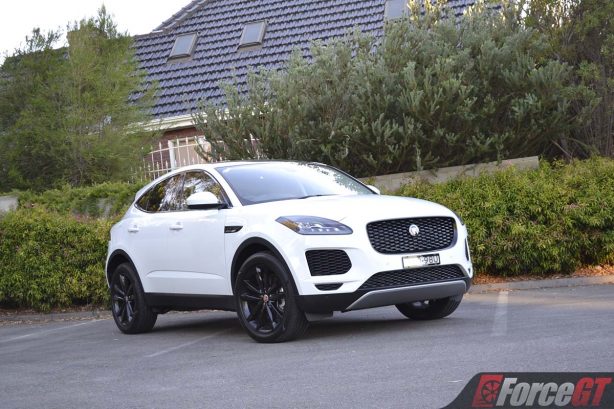 It’s been two years since Jaguar introduced its baby SUV, the E-Pace locally and in the intervening years, we’ve had plenty of new metals coming into arena, including the new BMW X1, Audi Q2, as well as Jaguar Land Rover’s own second-generation Evoque.

As a refresh, the E-Pace is the British marque’s entry-level SUV based on the previous-generation Evoque. Unlike Jaguar’s larger offering, the F-Pace, the E-Pace is available only with four-cylinder engines in a transverse layout.

When it first burst onto the scene, the E-Pace came with a bewildering number of iterations (38 different configurations at last count) which makes the buying decision harder than picking Lotto numbers. 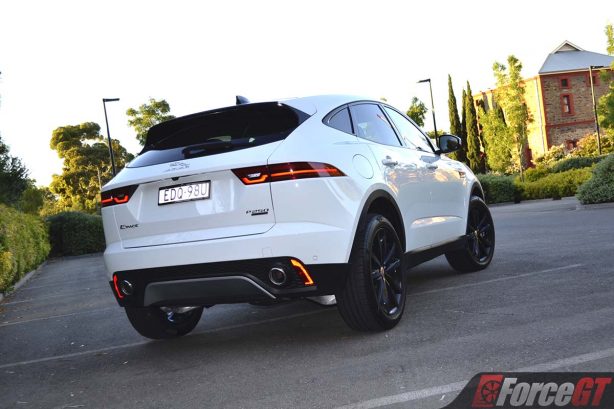 A limited edition Chequered Flag variant also joins the range this year, bridging the gap in terms of equipment and price between the S and SE. 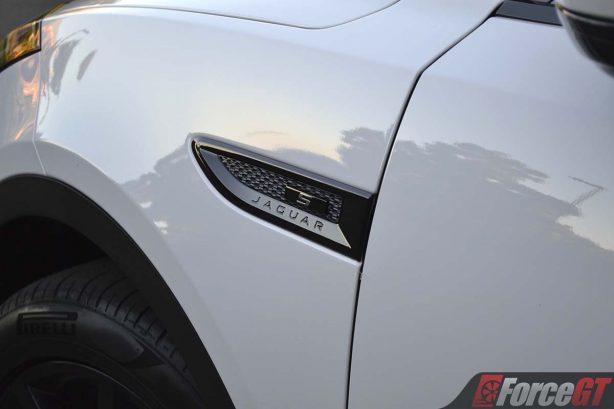 All variants feature all-wheel drive and a nine-speed automatic transmission; a combination that Jaguar claims could propel the P250 E-Pace tested here from 0-100km/h in a respectable 7.1 seconds.

That’s relatively impressive considering the P250 R-Dynamic S tips the scale at a porky 1,832kg, a significant 250kg more than the BMW X1 xDrive25i and a whopping 310kg heftier than the lithe Audi Q2 40 TFSI. Astonishingly, it’s also around 100kg heavier than its big brother, the Jaguar F-Pace.

There’s a simple explanation, though. Unlike the F-Pace aluminum intensive underpinnings, the E-Pace is based on the previous Evoque’s steel platform. Still, Jaguar engineers have done a commendable job in disguising those kilos. 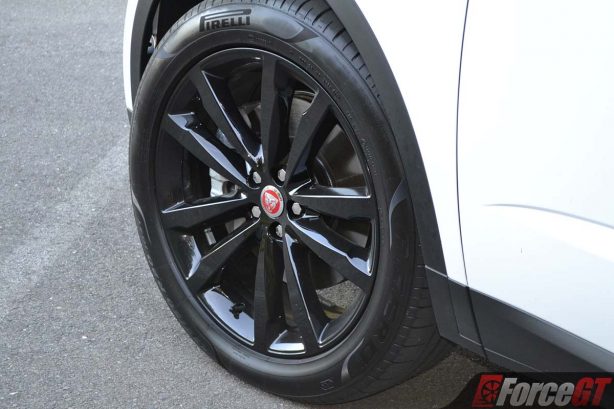 Jaguar press vehicles usually come with an exorbitant amount of options, and while the $10,000 added on to our tester may sound like a lot, we have had cars that were packed with over $25,000 worth of extras.

Things like Head-up Display, which is standard on a $24,000 Mazda 3 costs $1,630 here. Jaguar even charges $190 to activate the fancy rear animated indicators. Really?

However, to be fair, the Drive Pro Pack which used to cost $1,020 to add things like Adaptive Cruise Control, Blind Spot Assist and Intelligent Emergency Braking is now standard, along with DAB+ digital radio.

Two years can be a long time in the car world and the E-Pace’s interior is starting to look dated compared to fresher offerings. The all black interior does little to help the course. A splash of colour here and there wouldn’t go astray. Then, there’s the angle of the 10-inch infotainment screen which catches the full glare of the Australian summer sun, making it hard to see. 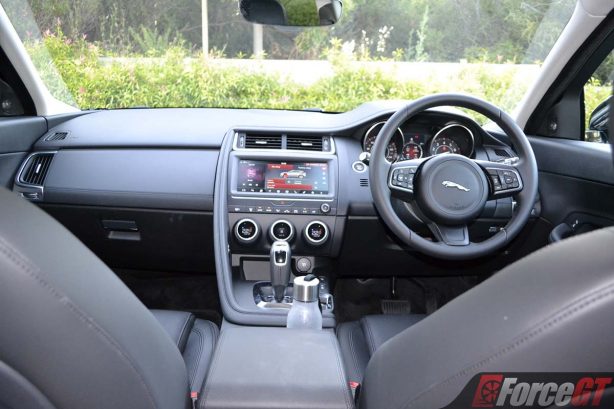 Nevertheless, the sweeping dashboard is sportily driver oriented with most controls angled towards the driver, while the front passenger gets a useful grab handle. Speaking of which, that’s the only handle you’ll find in the entire cabin as puzzlingly, Jaguar has omitted any form of overhead grab handles.

Cabin materials are good with soft touch plastic to most surfaces including the door cards. It’s also pleasing to see the more conventional gear lever making a come back to JLR vehicles instead of the rotary dial.

The driving position is good with pedals that are well placed and the steering adjusting for both reach and rake. The optional electrically operated front seats operate in 10-ways.

At 2,681mm, the E-Pace has the longest wheelbase compared to the X1 and Q2 with most of it being put to good use. The cabin feels roomy with generous head and should room for two adults at the back.

There are rear air vents to keep rear occupants comfortable, while three USB ports take care of charging duties for on board devices and the fold-down rear armrest also incorporates two cupholders. 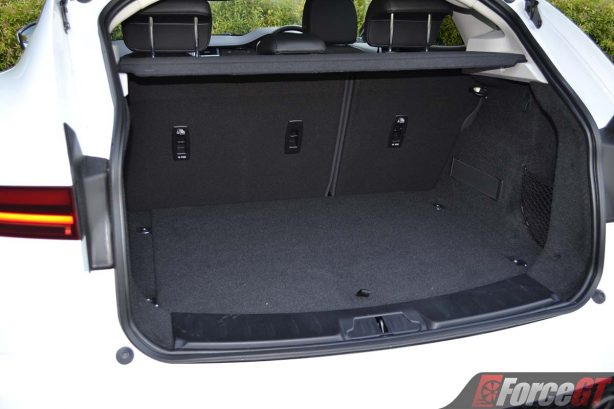 What lets the E-Pace down is its drivetrain. The 2.0-litre turbocharged four-cylinder Ingenium engine certainly looks good on paper with healthy power and torque, but the reality is quite the opposite. It’s slow to respond to inputs and the nine-speed auto compounds the situation with its tardiness, too. Flicking the transmission into sports mode gives the drivetrain a little more urgency but there’s no hiding the serious lack of engine response.

That’s a shame because the E-Pace’s handling is still one of the better ones in its class with decent steering feedback. The passive suspension as strikes a good balance between ride comfort and cornering sharpness.

Jaguar claims the P250 consumes an average of 7.7L/100km on the combined cycle but we managed 8.6L/100km after a week of mixed driving, including plenty of demanding country B-roads.

The streamlined 2020 Jaguar E-Pace range no doubt makes the buying decision much easier. It is also better equipped than before.

However, while it is still a good-looker with decent interior space, comfort and surprisingly sharp dynamics, it’s let down by an underwhelming drivetrain.